Why some people with Lyme disease fail to recover after antibiotic treatment is a question that touches not only on them but on other commonly post-infectious illnesses like ME/CFS, FM and POTS. 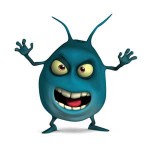 Further work is needed but an answer could be at hand. Not only did a recent study identify an immune hole which may be allowing the Lyme bacteria to proliferate during treatment, but it pointed to a new treatment option that no one had been considered before Plus it may have also laid the groundwork for a better diagnostic test.

The fact that all of this came from a small non-profit indicates that you don’t need to be big to potentially make a major difference in a nasty disease. Find out about all that and a similar study underway in ME/CFS in a Simmaron Research Foundation sponsored blog