A huge (n=345) 1998 UK study set the stage. The smaller, less muscular hearts and carotid arteries found in ME/CFS made it clear – at least to those researchers – that both physical and cardiovascular deconditioning was present in ME/CFS. They recommended a graded exercise program to recondition them. 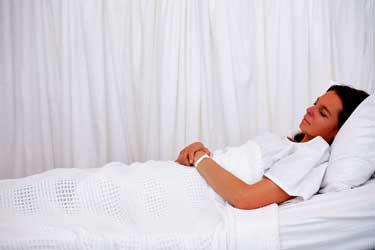 Early studies suggesting that deconditioning ran rampant in ME/CFS gave CBT/GET proponents ammunition for their conception of ME/CFS as a behavioral disorder.

That finding gave cognitive behavioral therapy/graded exercise therapy (CBT/GET) practitioners in the Netherlands, the U.K. and elsewhere a physiological basis for their hypothesis that the distress in ME/CFS was not primarily physiological in nature.

Instead, they posited that the disease was more due to a lack of activity caused by a hypervigilant state which falsely ascribed catastrophic meanings to every symptom. People with chronic fatigue syndrome (ME/CFS) were so terrified by their symptoms that they’d stopped moving and become deconditioned (and now actually did have a physiological issue to deal with).  As deconditioning begot more deconditioning, they became weaker and weaker.

The hypothesis proposed that people with ME/CFS were locked in a vicious cycle of maladaptive behaviors that behavioral programs like CBT/GET could get them out of. Taking away their hypervigilance and catastrophic thinking patterns would get ME/CFS patients moving again, and once that happened, they would return to health or at least improve markedly.

UK and Dutch funders embraced the deconditioning hypothesis, funding study after study of CBT/GET. Finding that, compared to sedentary healthy controls, people with ME/CFS had reduced exercise capacity, Fulcher and White asserted that physical deconditioning helped to maintain physical disability in CFS and recommended graded exercise therapy (GET). In a 2001 Lancet article, White again highlighted the problem of deconditioning in ME/CFS.

In 2002, a Dutch team lead by HJ Timmers produced a devastating result. A tilt table test of people with chronic fatigue syndrome (ME/CFS) revealed they’d had abnormally high heart rates at baseline and low stroke volumes when tilted. The authors’ conclusion – that the ME/CFS patients were deconditioned – was not surprising: deconditioning causes exactly those symptoms.

The heart is a muscle; if it’s not used, it weakens and loses some of its ability to forcibly expel blood, resulting in reduced stroke volume. It compensates for the loss in stroke volume by beating faster. Given that, it was no great surprise that Timmer concluded that deconditioning was present and helping to perpetuate ME/CFS.

In truth, though, the deconditioning findings have never been entirely consistent.

A small Dutch maximal exercise study concluded that physical deconditioning was not perpetuating ME/CFS, and in 2005, Buchwald – a researcher not known for her embrace of physiological aspects of ME/CFS – concluded that chronic fatigue syndrome was not associated with deconditioning.

More directly, Workwell’s and Betsy Keller’s two-day exercise studies found dramatic drops in energy production on the second day of an exercise test which couldn’t be explained by deconditioning.

Despite the fact that through its funding, the UK government has promoted the idea that deconditioning is a key factor in ME/CFS, ironically it has never funded studies designed to definitively demonstrate that this is so. Instead, it has relied on indirect results with sketchy interpretations.

The costs of its mistake – decades of funding thrown down the wrong rabbit hole – may very well be too high for it to admit.  The cost of maintaining its illusion, on the other hand, may be getting too great as well. If the answer to the deconditioning question wasn’t staring the CBT/GET proponents in the face before, it is now — in the form of a very large Dutch study (is that a conflicted country or what? :)) that was recently published.

The Abnormal Cardiac Index and Stroke Volume Index Changes During a Normal Tilt Table Test in ME/CFS Patients Compared to Healthy Volunteers, are Not Related to Deconditioning. Van Campen, Visser. The Journal-of-Thrombosis-and-Circulation. 7 November, 2018 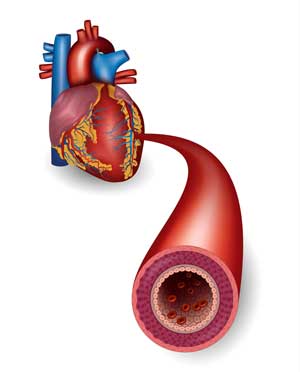 The large Dutch study found no evidence that functioning in ME/CFS was associated with measures of deconditioning.

Peter Rowe, one of the reviewers of the study, said a couple of months ago it would (or should) once and for all end the myth of deconditioning as a central factor in ME/CFS.

It’s rare that we get a study big enough to compete with the several hundred person CBT/GET trials turned out by UK funders.

This 150 person study did the Timmers study one better. Timmers assumed that the higher heart rates and lower stroke volumes found in the ME/CFS patients were due to deconditioning. Using a questionnaire (SF-36) designed to assess functionality, the Dutch researchers set the stage for the study by dividing the ME/CFS participants into three groups: mild, moderate and severe functional impairments.

Personally, this made perfect sense to me. I am not fit but I am hardly deconditioned, and yet a single maximal exercise test revealed several significant abnormalities.

Something else was going on. The authors suggested reduced blood volume and abnormal autonomic nervous system functioning – two well-documented issues in ME/CFS – may be to blame. Other possibilities include problems with venous compliance, which allow the blood to pool in the veins of the lower body, thus reducing blood flow to the heart and stroke volume. Mitochondrial problems may play a role as well. 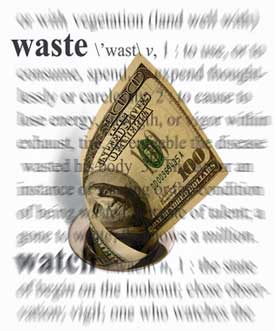 Yet CBT/GET studies are still being funded as if they’re going to solve something fundamental in ME/CFS. Over the past two years or so, at least four large CBT/GET studies, some containing hundreds of patients, have been published.

The real answers will come when researchers get at the physiological abnormalities that are impairing exercise in the first place in this disease.

A very large 1998 exercise study which concluded that deconditioning ran rampant in ME/CFS laid the groundwork for decades and millions and millions of dollars of CBT/GET studies, mostly coming from the UK and the Netherlands. 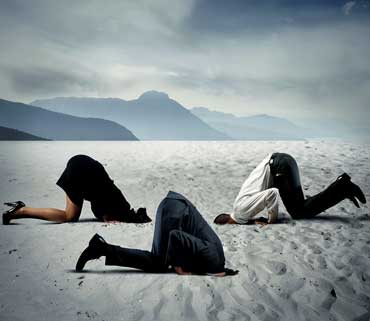 GET is based on the idea that deconditioning is a major contributor to ME/CFS. This study suggests otherwise. Will the CBT/GET funders listen?

Two decades later, a large Dutch study did that analysis and concluded that deconditioning was not responsible for the impaired stroke volume and other measures that were once heralded as a sign that deconditioning played a prominent role in ME/CFS patients’ disability.

Instead, issues like low blood volume, autonomic nervous system, blood vessel and/or mitochondrial problems (the options are plentiful!) are likely causing the cardiovascular abnormalities in ME/CFS – and keeping patients in bed, in the house, away from work and/or off the exercise circuit.

With the deconditioning hypothesis steadily being eroded by repeat exercise study results and studies like the Dutch one, the basis for funding the massive CBT/GET studies would, one would think, be eroded as well. Not yet, though. Four large CBT/GET studies have been published in the last couple of years.