Bad Engine? Is a Wimpy Motor Cortex Causing the Pain in Fibromyalgia (and ME/CFS)?

Studies suggest it’s possible that every aspect of muscle activity – from oxygen uptake by the muscles, to mitochondrial functioning, to lactate build up, to the ability of the muscles to relax, to problems with the microcirculation – are present to some degree in fibromyalgia.  Where it all starts is anyone’s guess. 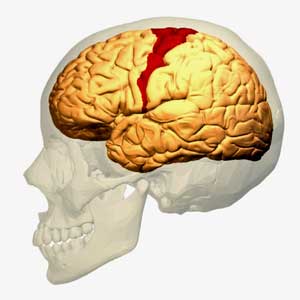 The motor cortex is involved in movement planning, muscle activation and pain inhibition.

The motor cortex of the brain might be one place. Every time you pick up a pen, hit a key on a keyboard, or turn on your smartphone, the premotor and supplementary motor areas of your motor cortex plan the movement first. Then your primary motor cortex sends a message to the muscles to act. When a muscle cell gets fatigued, the motor cortex recruits another cell to pick up the slack. Plus the motor cortex also plays a role in pain inhibition pathways and connects to the insula – a sensory integration center and autonomic nervous system regulator.

As someone who’s been diagnosed with both ME/CFS and FM and who experiences pain and movement problems, I wouldn’t be surprised if the motor cortex is involved. If I overdo movement – engage in too much  “exercise” (e.g. too much walking or something as seemingly innocuous as that), contracted muscles and pain are two of the first things I notice.

Researchers have long thought it’s the other way around; that the pain is shutting down the brain pathways involved in activity. Perhaps it does, but for me, the pain often comes second. The movement issue is paramount, and that suggests that some aspect of the motor cortex could be involved.  There’s obviously more to my pain than that. I typically wake up in pain, for instance. Also, concentrating too much, oddly enough, results in muscle pain. There’s nothing like mild exercise to exacerbate my pain levels, though.

It turns out that you don’t have to do anything dramatic to get the motor cortex engaged. All you need to do is tap your finger. That’s what these Italian researchers had 24 people with FM do – tap their finger slowly and then more rapidly while measuring the activity of their motor cortex using functional near-infrared spectroscopy (fNIRS). fNIRS is a non-invasive approach which allows researchers to assess both blood flow and metabolic activity in the brain.  The more active a brain region is, the more blood flow it will receive.

The results were strikingly familiar. If we didn’t know otherwise, one would have sworn these were chronic fatigue syndrome (ME/CFS) patients. The motor cortex activity (oxyhemoglobin content) was similar between the people with FM and the healthy controls at rest during the slow tapping, but when asked to tap rapidly, the activity in the motor cortex of the FM patients faded (and so did their tapping ability).

The motor cortex of the FM patients didn’t have the metabolic wherewithal to keep up with the healthy controls. Essentially, these FM patients showed the same kind of hypometabolic  (failure to perform) issues that have been showing up in ME/CFS. When put under increased energy demand – a demand, it should be noted, that simply requires one to rapidly tap one’s finger – the motor cortex of FM patients “poops out”.

This pattern of doing OK while at rest but fading when put under stress has been seen in people with ME/CFS during exercise, in their immune cells, their mitochondria, etc. 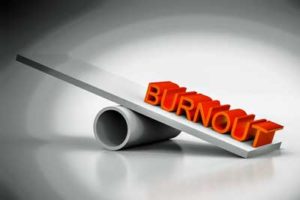 At first blush, the finding of reduced activity in the motor cortex flies in the face of the findings from transcranial magnetic resonance studies that found hyperexcitability, not somnolence, in the motor networks of FM patients. The authors believe, though, that this hyperexcitability may be an attempt to compensate for a sagging motor cortex; i.e. weak signals from the motor cortex cause the network to amp up its activity to try to decipher what’s going on.  (That smacks of Bob Naviaux’s assertion that systems which are depleted of energy get “twitchy” and have trouble resting.)

Researchers have thought that reducing motor cortex metabolism could be a protective mechanism that shuts down motor cortex activity in the face of chronically activated pain circuits. That suggests, though, that the more severely ill FM patients would have more inhibited movements – and be “slower tappers” – but that wasn’t true.

Everyone with FM, whether they had a moderate or severe illness, demonstrated the same metabolic motor cortex defect in this study  That suggested that the metabolic problems seen were not the result of overloaded pain circuits giving up the ghost, so to speak, and ordering the motor cortex to shut down in order to save themselves.  Instead, the authors suggested that, “cortical motor dysfunction and movement impairment could characterize FM at its onset“; i.e. could be an integral part of the disease.

After finding that fatigue was not associated with oxyhemoglobin status (motor cortex activity), the authors went a bit woo-woo and suggested that “psychopathologic traits” may come into play – a default response to any type of fatigue that can’t yet be explained physiologically.

The findings in ME/CFS belie that idea. Similar issues with the motor cortex and motor planning have been found – most of them dating back decades.

A 1999 study, which found a reduction in “premovement” brain activity and slower reaction times, concluded that the “central motor mechanisms” that lay the groundwork for an accompanying movement were impaired in ME/CFS.  A 1999 study came to the remarkable conclusion that “an exercise-related diminution in central motor drive” was present; i.e. the brain was having trouble driving the muscles in ME/CFS.  A 2001 study found it was harder to get the brain to cause the muscles of people with ME/CFS to react.  Another study (2003) suggested that problems in “motor planning” are present.

Our study…points toward an important role for brain motor control… consistent with previous findings of altered pelvic floor muscle activity. Our results are also consistent with several studies demonstrating the importance of the primary motor cortex for pain processing.  Kutch et. al. 2015

Motor cortex problems may be present in other painful diseases.  Chronic prostatitis/chronic pelvic pain syndrome (CP/CPPS) is another mysterious and often debilitating pain condition which is characterized by persistent pain that can show up during urination, sexual activity and even just sitting. It’s another one of those “major healthcare problems” which is solely identified by symptoms and affects a pretty good section of the population (2-6% of males) and gets little funding. 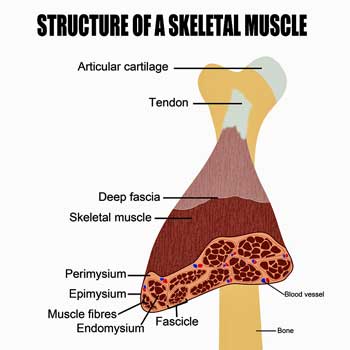 Researchers have learned, though, that people with CP/CPPS have problems with pelvic floor muscle control. These muscles support the bladder and bowel and play a role in urination, continence, and sexual functioning. A recent study found that the pelvic part of their motor cortex (the “pelvic-motor”) was communicating in a strange manner with the insula – a key integrator of sensory information.

The insula appears to relay the sensory information that the motor cortex needs to control the pelvic floor muscles.  Plus the insula is involved in autonomic nervous system regulation – another issue in CP/CPPS (and FM and ME/CFS).  Issues with the insula and reduced heart rate variability have been found in CP/CPPS, FM and ME/CFS patients).

Altered motor cortex excitability was recently found in myofascial pain syndrome (MPS)- another mysterious, poorly funded central sensitivity pain syndrome associated with FM. An inability to inhibit the motor cortex led to problems with the inhibitory pain pathways.  One wonders if problems with muscle activation could somehow contribute to the tightly contracted muscles in MPS.

Studies indicate that magnetic stimulation of the motor cortex is able to relieve pain and other problems in FM. A 2017 study of 20 people with FM found that transcranial random noise stimulation (tRNS) of the motor cortex resulted in a significant reduction in pain, depression, anxiety, and fibromyalgia impact (FIQ) scores, as well as a significant improvement in a variety of cognitive tests.

Another FM tRNS study resulted in reduced pain and mood improvement associated with changes in serum endorphin levels. A 2017 review of six studies concluded that tRNS was most effective in FM when focused on the motor cortex.

These studies suggest that the motor cortex may play a key role, not just in the movement problems in FM, but in pain, mood, and other issues.

When physical damage to the motor cortex has occurred, therapists move limbs and have the patients use mental imagery to picture themselves moving to help restore movement pathways. Using visual imagery can even help with people who have trouble swallowing.

The activity of the motor cortex – the part of the brain responsible for planning and carrying out voluntary movements – appears to be impaired in both fibromyalgia and ME/CFS. Given that the motor cortex is also involved in sensory integration and pain modulation, it wasn’t that surprising to see motor cortex problems show up in diseases associated with pain and movement issues. It was interesting, though, to see hypometabolism and energy issues possibly showing up in the motor cortex of FM patients for the first time.  A wide variety of mitochondrial issues have been found in fibromyalgia.

rTNS magnetic stimulation studies suggest that stimulation of the motor cortex may relieve a wide variety of symptoms in FM.