About ten studies suggest that the gut flora in ME/CFS is having a bad bloom. Plus, every week more and more studies come out which underline the surprisingly important role the gut plays in our health. But how to return the gut flora of ME/CFS patients to health? 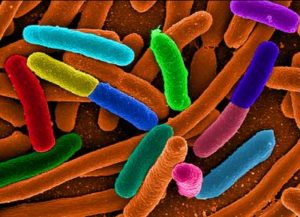 Fecal transplants are the most powerful option, and the results of the first ME/CFS fecal transplant study are out. While the study was decidedly light on statistics, it suggests poop transplants could end up being a valuable addition to an ME/CFS treatment regimen.

Check out those results, a look at the world of fecal transplants, and a much more rigorous poop study that’s underway now in Norway which should tell us much in a Simmaron Research Foundation sponsored blog:

Thanks to the 23 people who’ve signed up for $275 in new recurring monthly donations and to the 35 people who have contributed one-time donations!

A third of Health Rising’s income comes from people chipping in small amounts every month. Please consider being one of them! Find out more here.