Could an Alzheimer’s Drug Disaster End Up Helping ME/CFS and FM?

“The Holy Grail in this field has been to discover how to turn off neuroinflammation in microglia.” Tanzi

It’s been a bitter couple of years for big pharma and the Alzheimer’s community. Just today, Eisai and Biogen announced they were abandoning Elenbecestat, the last BASE inhibitor drug under trial. The BASE inhibitors, which are designed to stop the production of amyloid plaques, have been the big hope and the huge disappointment in Alzheimer’s. 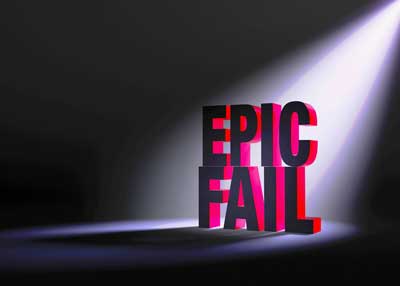 The BACE drug hypothesis has been an epic failure but it could conceivably lead to treatments that help ME/CFS and FM.

That announcement followed similar decisions earlier this year by Novartis and Amgen, last year by Eli Lily, Merck, Pfizer and Johnson and Johnson, and by Roche in 2013. One wonders if in the history of drug manufacturing so many big pharmaceutical companies have ever gotten it all so wrong.

With 400 mostly failed clinical trials and billions spent over the past decade and a half, Alzheimer’s remains a brutally difficult disease to treat. Despite enormous efforts, no new drug has been approved in over 15 years. It’s perhaps no surprise that AD drug development is believed to have the highest failure rate of any disease.

Despite all the failures, one Harvard neurologist believes the effort has not been wasted. Alzheimer’s researcher and drug companies, he believes, now know where to concentrate their efforts.

“I feel like we’re finally seeing a light at the end of the tunnel. We’ve made mistakes, but those mistakes have taught us where we need to get to next.” Tanzi

If Tanzi is right, the silver lining in the Alzheimer’s drug development fiasco may be the development of a drug or protocol that could help with chronic fatigue syndrome (ME/CFS) and fibromyalgia (FM) as well. Tanzi and others believe the logical next step in the fight to stop Alzheimer’s is a drug that fights what may be the key factor in ME/CFS and FM – neuroinflammation.

Over the past five years or so, research has, in fact, been pointing more and more of a finger at the microglia and neuroinflammation instead of amyloid plaques. While amyloid plaques clearly play a role in Alzheimer’s, a 2013 Mayo Clinic autopsy study blew away the idea that they were the be all and end all of that disease. That study found that some people who had never come down with dementia had plaque-filled brains. It reported:

Together, these data suggest that amyloid-β plaques and tangles do not inevitably result in neural system derangement and dementia in all individuals. 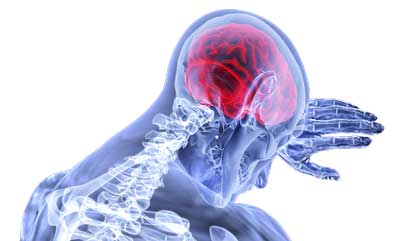 Some drug companies are now turning to fighting neuroinflammation in Alzheimer’s.

You clearly need more than amyloid plaques to have Alzheimer’s, and one of the necessary partners appears to be glial activation; i.e. neuroinflammation. While the mechanisms are not understand, mounting evidence has implicated the microglia – the same brain cells Jarred Younger proposes are hyperactive in ME/CFS – in Alzheimer’s. That’s causing some drug companies to shift direction and start focusing on drugs that stop neuroinflammation.

“Blocking the inflammation cycle is thought to be a promising potential disease-modifying therapeutic strategy for PD.” The Cure Parkinson’s Trust

Numerous trials of anti-neuroinflammatory drugs are underway in Parkinson’s. The Michael J Fox Foundation had created small molecules which in early trials have stopped neuroinflammation in its tracks – and hopes to use them to create drugs. It’s also testing “a novel series of plant-derived compounds with high “anti-inflammatory activity” that have been structurally modified to reduce neurotoxic inflammatory factors in the brain.

The Cure Parkinson’s Trust in the U.K. is repurposing three cancer drugs that it believes may help halt the neuroinflammation present in Parkinson’s, and an Irish pharmaceutical company recently raised almost $50 million to test inflammasome inhibitors in Parkinson’s.

The cognitive issues in ME/CFS and FM, by themselves, suggest that keeping an eye on what’s happening in Alzheimer’s disease might be a good idea. No studies have been done in ME/CFS, but one fibromyalgia study did suggest the disease may increase the risk of dementia.

In an interview, Dr. Klimas said she was keeping a close eye on neurological diseases like Alzheimer’s and Parkinson’s. Dr. Klimas is testing several drugs in Gulf War Illness (GWI) and two in ME/CFS (etanercept (Enbrel)/mifepristone) to fight the neuroinflammation she believes is happening there. She is also incorporating neuroinflammation into her computational biology models of ME/CFS and GWI.

Her ME/CFS Enbrel study got a bit more interesting recently when the Washington Post reported that Pfizer, the drug’s manufacturer, found in a 2015 insurance claim review that Enbrel, an anti-inflammatory, may be dramatically reducing the risk of Alzheimer’s.

In another study, Klimas will pair either glutathione or CoQ10 with intranasal insulin in an attempt to tamp down the fires in the brain. Intranasal insulin has been successfully trialed in animal studies in Alzheimer’s and in small human trials in Parkinson’s.

The Functional Medicine Approach to Neuroinflammation 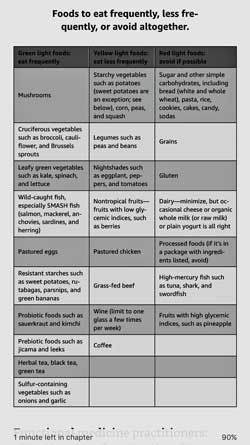 Bredesen believes one type of Alzheimer’s is triggered by inflammation (e.g. leaky gut, gum disease, Lyme, mold), another type by hormonal problems, another by insulin issues, and the last by heavy metals and toxins. He singled out mycotoxins and mold in a 2016 article.

In a very small trial in 2016, Bredesen reported he’d used functional medicine to reverse the cognitive declines in Alzheimer’s. In 2018, he reported on 100 patients using his approach in a journal article, which did not, however, make it into PubMed.

Drug companies may have spent billions on BACE inhibitors and amyloid research but most have not backed away from Alzheimer’s. With the population aging and people living longer than ever, the prevalence of Alzheimer’s is projected to go up and up. Alzheimer’s continues to present a potential market like no other.

Time will tell how effective any of the above approaches are at tamping down neuroinflammation, but it is clear that neuroinflammation is getting more attention and will likely continue to get more attention in the future in Alzheimer’s and other central nervous system disorders – and that’s probably good news for ME/CFS and FM.

Dr. Chheda has asserted that the next ten years are going to see a wave of new treatments that could benefit people with ME/CFS and FM and new anti-neuroinflammatory treatments could certainly fit that bill.