How close are we to understanding chronic fatigue syndrome (ME/CFS) when we can accurately predict how the greatest stressor of all – exercise – affects ME/CFS patients’ physiology? Nothing, after all, whacks a person with ME/CFS like exercise. That’s a nice question to ask.

We’re not there yet – the models being produced aren’t comprehensive enough – but the fact that they’re successfully incorporating important elements of two of the major systems (immune/endocrine) of the body suggests we’re on our way to teasing out major factors in this disease.

It’s taken an unusual approach to get to this point. It’s pretty clear that ME/CFS arises out of the dysregulation of numerous systems, yet too often researchers approach these systems as if they exist in isolation from each other. That approach, these two research groups – Gordon Broderick’s group based at the University of Rochester and Dr. Klimas’s group based at Nova Southeastern University – believe is a big mistake. 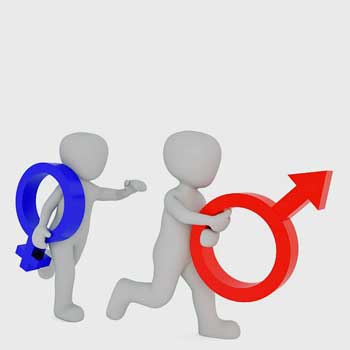 The models were missing a vital element – sex hormones. Putting them in made the models much more powerful.

A possible model of ME/CFS explains why. This model proposes that a stressor, such as an infection, triggers one stress response system (hypothalamus/pituitary/adrenal [HPA] axis) to activate the other stress response system (ouch!) (the sympathetic nervous system or fight/flight system) to create a positive feedback loop (an ongoing disease situation) kept alive by an inflammation in the hypothalamus.

It makes sense that the hypothalamus might be involved. In fact, a couple of years ago, Dr. Bateman concluded that everything in ME/CFS could begin with inflammation in the hypothalamus.

Located deep within the brain’s limbic system, the hypothalamus is tasked with maintaining the body’s internal balance – or homeostasis. The link between the endocrine and nervous systems, the hypothalamus produces the hormones which regulate the other hormones in the body. It directly regulates:

Inflammation in the hypothalamus could be sustained by increased levels of just three cytokines (interleukin (IL)-1b, IL-6, and tumor necrosis factor-a (TNF-a). Put all these factors together and you could have the ongoing inflammatory/hormonal/autonomic nervous system mess that is ME/CFS.

Adding Women into the Equation

That HPA axis/immune model works, but it has a glaring hole – women. It can’t explain the much higher ratio of women who have ME/CFS.  It’s possible women’s greater susceptibility to infection and/or autoimmunity plays a role, but even then, any model of ME/CFS has to take into account women’s complex hormonal situation.

In fact, researchers have for years shied away from including the complexity that women’s hormones add into the equation.  So few female mice studies were being done at the NIH, for instance, that in 2014 Francis Collins mandated that NIH-funded mouse studies include female mice.

However, there’s been no shying away with this team. Instead, they’ve embraced the complexity of the female hormonal system and its manifold effects in a way no one else has done.  The new model incorporates the HPA axis (corticotropin-releasing hormone [CRH], adrenocorticotropic hormone [ACTH], and cortisol), the hypogonadal [HPG] axis (estrogen, follicle-stimulating hormone [FSH], GnRH 1, luteinizing hormone [LH], and progesterone), norepinephrine, dopamine and immune factors (IFN-g, IL-1a, IL-1b, IL-2, IL-4, IL-6, IL-10, IL-13, IL-15, IL-17, IL-23, TNF-a, B-cells and NK functions).

It may be the first of its kind. It may be that no other model has so comprehensively incorporated sex hormonal findings into its results. The good news is that it appears to have worked.

Once they had their model, they gave it the big test: could it predict what happens in ME/CFS before, during and after exercise?

This finding suggests that the set of candidate mechanisms embodied in the endocrine immune circuitry model offer a framework for accurately reproducing the immune response to exercise. Authors.

The models accurately predicted how ME/CFS patients’ bodies would respond to exercise.

The methodology is way beyond me and the authors do note several issues including a lack of data for some elements of the modeling, but a remarkable thing happened: the model was able to predict what happened to the immune/endocrine systems in ME/CFS both during rest and exercise. Consider how difficult it must be to characterize the complex interactions in these systems at rest – something no one else to my knowledge has done – and then to throw in the huge impact that exercise must have on these systems – and get that right as well.  This is clearly a  robust model and a remarkable achievement.

The model found, if I’m reading it right, no less than 26 different ways to tweak these systems so as to arrive at an ME/CFS-like state. All the simulations, interestingly, involved “widespread endocrine dysfunction”.

The exercise part of the study found that exercise does, indeed, whack the immune systems of people with ME/CFS quite hard: the levels of almost half the immune markers (IL-1b, IL-2, IL-4, IL-5, IL-6, IL-13 as well as the NK cells) were significantly altered in the ME/CFS group.

The modeling predicted the women with ME/CFS would have significantly higher estrogen levels (p<.002) at rest and throughout the exercise study – and they did. It also predicted transient up-spikes in progesterone would occur and a trend (p<.07) towards elevations in progesterone was found as well.

Once they knew the modeling worked, the researchers pushed it to predict what the heck else was going on in ME/CFS. It turned out that the immune and endocrine dysregulations found were just a prelude: the modeling also predicted that a host of other markers (ACTH, cortisol, estrogen, GnRH1, IL-17, IL-23, LH, and TNF-a, IL-1a, B-cell activation, CRH, and dopamine levels) would be thrown off by exercise.

The models suggested, then, that exercise was massively altering many areas of ME/CFS patients’ physiology – which would come as no surprise to anyone with this disease. All in all, the model/exercise study indicated exercise was triggering the following processes in women with ME/CFS.

The model also predicted that:

Neuroinflammation is clearly a topic Dr. Klimas is very interested in, and the paper suggested that the Epstein-Barr virus and/or mitochondrial issues in the hypothalamus in connection with mast cell activation could be causing it.

With Jarred Younger and another Univ. of Alabama at Birmingham researcher (McConathy) diving into a large brain imaging study, and with Ron Tompkins at the Open Medicine Foundation-funded Harvard ME/CFS Collaborative Research eager to use Harvard’s brain imaging facilities, and with Dr. Klimas apparently interested in modeling neuroinflammation in ME/CFS, we will hopefully learn much more on the role neuroinflammation plays as time goes on. 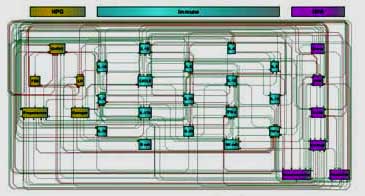 Capturing the dynamics of biological systems is a complex task.

We often think of the body in terms of test results or data points, but single data or even multiple data points are hardly able to capture what’s going on in a complex, dynamic system like the body.  The upshot of  modeling studies like these is that more traditional studies, with their focus on identifying “abnormal levels” of a factor, may be missing something vital: biological context.

Several ME/CFS studies, for instance, which appeared to fail to find evidence of significant alterations in female hormone levels, may be missing the forest for the trees. These studies didn’t account for the outsized roles some female hormones could play once put into the altered endocrine-immune networks the models suggest are present in ME/CFS.

The fact that the models put forward in this paper suggest that overactivation of the HPG axis (estrogen, progesterone, etc.) is a major driver in women with ME/CFS indicates how stark the differences between a systems and non-systems approach to ME/CFS can be.

The modelling efforts – which can assess how all kinds of inputs will tweak ME/CFS patients’ systems – are also being used to predict the effect of different drugs – in this case, Rituximab and Ampligen.

We know that Rituximab didn’t work out in ME/CFS and Ampligen is still up in the air – and the computer simulations largely bore this out. They suggested Ampligen would either work really well or have no effect at all. A return to health, however, occurred in only a “small fraction of the simulations run”.

The Rituximab simulations did not suggest the drug would return ME/CFS patients to health, but that it might help ward off some “highly pathologic states” and offer a partial remission for a small number of patients.

The modeling effort also predicted which type of patient might benefit from each drug. It suggested, for instance, that ME/CFS patients with a certain biological profile (low levels of IL-1a, IL-17, and cortisol, intermediate levels of progesterone and FSH, and high estrogen levels) might benefit from Ampligen, while those with another biological profile (low norepinephrine, IL-1a, chemokine (C-X-C motif) ligand 8, and cortisol levels; intermediate levels of FSH and GnRH1; and high TNF-a, LH, IL-12) might benefit somewhat from Rituximab.

The potential of these kinds of models – to create personalized drug treatment regimens for people with ME/CFS based on their particular endocrine, immune and autonomic nervous system results – is clearly huge. That’s a good thing, as the authors noted that the great heterogeneity found within ME/CFS (“the multiple disease phenotypes”) presents real challenges.

The good news was that, again if I read it right, the models suggest that ME/CFS is a disease of altered endocrine-immune regulation, not overt or irredeemable damage (i.e. to the basic circuits). Those circuits have just been, as the authors have asserted in the past, pushed into a kind of altered reality. The circuits are functioning abnormally, but are not in themselves damaged: they just need to be pushed, prodded, and enticed back to normal functioning.

For me, this is all fascinating stuff, but what I’m really excited about is the process underway.

It’s encouraging that the newer, more extensive model rested on – and ultimately validated – their earlier, less sophisticated model; they’ve had it right since the beginning. It’s more than impressive that their models are actually able to predict the changes that occur when people with ME/CFS are put under the greatest stressor ever – exercise. 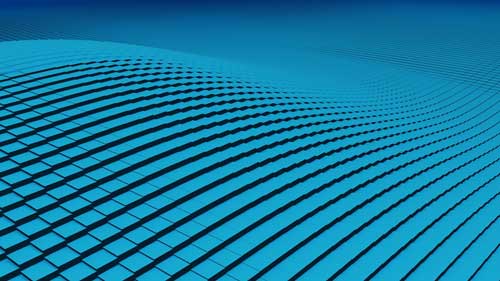 The model suggests people with ME/CFS might be able to be moved from an unhealthy state to a healthy one.

Even more encouraging is the fact that these models are being used to predict helpful treatments which are now being tested. It seems too much to ask, quite frankly, that any treatments at this stage will be a complete success. I would never expect the answer to come tomorrow, but a 30% improvement would be life altering – and if they can get that far, that success should lay the foundation for more.

Plus, even in the worst-case scenario (were the current drug trials to fail), the results will be fed back into the program and help them produce better, more accurate models of this disease. So long as Klimas, Broderick, Morris, Crawford et. al. can continue to get funding – and Dr. Klimas just got a major GWI grant – they should be able to keep improving their models of GWI and ME/CFS. (Next up, there appear to be models which incorporate mitochondrial metabolism, mast cells and neuroinflammation.)

There’s no doubt that this is cutting-edge stuff, with all that implies – potential breakthroughs as well as considerable risks. Consider how powerful, though, it would be to be able to put your immune and hormonal results into a computer and have it spit out a series of possible treatments that might shift your health back towards normal.