(This blog was compiled from several interviews conducted over the past year or so.)

Sadie Whittaker, Solve ME’s research director, got her PhD in molecular biology at the Univ. of Birmingham in the UK. After I quailed at how difficult that must have been – organic chemistry nearly finished off my academic career – she said the most important quality in getting a PhD was persistence – which just happens to be a much needed quality for anyone working in this great endeavor. It’s often not the epoch making events that make the difference as much as the steady work – putting one foot in front of the other again and again and again. 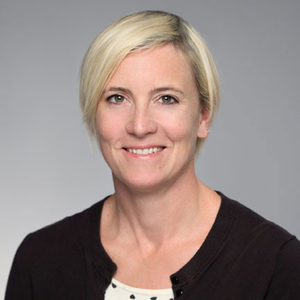 At Amgen, Sadie Whittaker enrolled federal agencies and corporations to assist with the campaign to fight the Ebola virus in Africa.

Next, she moved to Amgen, a pharmaceutical company, where again she worked across a wide variety of areas including clinical strategies, developing clinical trials, community involvement, determining who to partner with, physician education, etc.

She said she has this “Why shouldn’t we do this” approach – that sometimes gets her in trouble.  There’s a problem, there’s a solution – let’s just fix it!  Her past experiences have made her a huge believer in the strength there is in numbers and the power of collaboration.

Take the Ebola epidemic in Africa. Whittaker was working with healthcare and advocacy in Amgen when the deadly Ebola virus exploded across parts of Africa. Vitally needed healthcare was impaired because the remote villages, mistakenly thinking that healthcare workers were bringing in Ebola, were not allowing them in.

That was definitely a problem and Whittaker thought she had a solution – which was going take involving lots of parties.  First, she got the CDC involved, and then created collaborations with PR and advertising companies in London. She knew someone who worked on malaria who knew somebody who knew somebody. Eventually, a volunteer effort came together. The group used soccer players across the African continent to raise awareness in Africa and then created compelling output that raised awareness disease over here.

After Amgen, Whittaker started a consultancy practice focusing on private/public partnerships, healthcare communications, advocacy, and engagement strategies. While doing that, she was approached about the Solve ME job. She didn’t know anything about ME/CFS at that point, but with her background in hard science and academic research, the clinical environment, pharma, public health and advocacy, she thought her skill set was a match.

I asked her about working with a still controversial disease. She said it didn’t take her long to realize that the disease was real – the only controversial aspect she now sees is the people who don’t get that. Once she realized she had the skills that could help out, she was on board.

I asked if anything surprised her. The one thing that did was the complexity of all aspects of the disease – understanding its biological underpinnings, finding ways to attract pharma, the need for better medical education, etc.  This complexity surprised her, but that was fine. She said she enjoys working on big problems, taking them apart, and figuring out how to solve them.

With regard to the big picture, she didn’t envision a silver bullet changing everything in ME/CFS. Steady consistent progress in multiple areas was going to be the ticket; i.e. doing the 20 or 30 things that need to be done. You do the research, you get CME’s for doctors, you reach out to the American Medical Association, you build a Patient Registry, you advocate in Congress, you build a strategic plan, etc. At some point it all comes together – real disease awareness, real disease funding, the attention of drug companies, etc.

That’s how Whittaker’s Ebola campaign worked out. Whittaker had an idea, enrolled her company in it, enrolled the CDC in it, enrolled people in London and Europe in it. At some point, enough people came together that a tipping point was reached, the campaign happened, and the villages in Africa with Ebola benefitted.

Sounding much like Ron Davis, she said we need a strategic approach to fill in the gaps in our knowledge and move forward. She said she was struck by how passionate and committed people are to solving this disease, but feels we could do a better job of communicating and collaborating more openly. 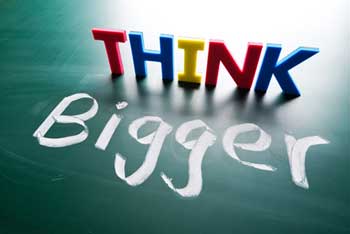 Whittaker proposed that an ME/CFS moonshot similar to the cancer moonshot could inject energy and action into this field.

Whittaker was part of the year long NINDS working group, which laid the foundation for a strategic plan for ME/CFS – a potentially groundbreaking achievement. Calling it one of her best experiences working in the federal arena, she described a working group that truly worked: the members were enthusiastic and collegial, and the leader – someone outside the ME/CFS arena – and the group worked efficiently to get the job done. She thought the feds took the project very seriously and they spent a lot of time making sure the recommendations were practical and could be executed.

It was a good start. She noted that, at some point, the major stakeholders in cancer got together and asked themselves, “What is preventing us from curing cancer?” The result – the Cancer Moonshot – resulted in 12 NIH initiatives to get at the fundamental issues keeping us from moving forward faster on cancer.

What, she asked, would happen if we could develop some sort of unified approach that galvanizes people inside and outside the field to move faster on ME/CFS? Could a moonshot type of approach ignite concerted, cohesive actions that wouldn’t otherwise be done? This didn’t seem like a pie-in-the-sky idea from a pie-in-the-sky thinker: Whittaker kept referring to “deliverables” and identifying “executable actions” – the kind of boots-on-the-ground factors that need to be assessed for any large project to succeed.

Drug development is a big need. With her background in pharma, I asked about getting them involved. Getting pharma interested in ME/CFS, she said, would be massive. She would love to get pharma around the table and find out what it would take for them to get interested in this disease. What roadblocks are stopping them?

In a disease like ME/CFS, big pharma would change the lay of the land in several ways. For one thing, pharmaceutical companies affect more than treatment. They’re a combination of drug developer, educator and PR firm. They can go to extraordinary lengths to get their products out. Take migraine – at one time it was mistakenly seen as more of a bad headache than anything else. When migraine drugs started showing up, the drug companies created educational campaigns to: a) inform doctors how to diagnose migraines properly’ and b) help patients get their doctors to take them seriously.

That brought up the doctor issue: not enough doctors resulting in people not getting diagnosed and treated. What can be done to address that? If a group comes up with a plan, can they use that to get funding?

The goal would be to simultaneously move all the levers in the hope of creating a tidal wave of action. It’s just an idea – a kind of embryonic possibility – but it demonstrates something this field needs: vision and the willingness to cut across boundaries and collaborate. This field has too many silos, too little collaboration, too much carping and too little willingness to forgive and forget and move on in support of a common goal.

Whittaker clearly believes that Solve ME’s Patient Registry will be part of the solution. It’s a potential asset which could, among other things, entice big pharma, but the best thing it will do is provide data – lots of it.

Whittaker doesn’t have a favorite ME/CFS research topic – what she really wants is more and more data. She’s fascinated by the potential big data has for solving ME/CFS. Big data, she said, transformed the cancer field she worked in. Breast cancer used to be breast cancer. Now it’s known to be at least 10 different diseases. Dozens of treatments can now even be tuned to your genotype. It’s all due to large data sets which allowed researchers to do a deep dive into breast cancer.

Enter Solve ME’s long promised Patient Registry. If there was only one project Whittaker could work on, it would be the Patient Registry. The long promised Patient Registry has been a work in progress for quite awhile. The launch has been delayed for the best of reasons: its reach has been expanded exponentially over time. Originally designed to be a simple online registry in the U.S., where patients could update their data every six months or so, it’s now projected to provide a moving picture of the ME/CFS community’s health over time.

Aside from the massive initial data collection haul the Registry will get when people with ME/CFS enroll (including demographics, medical history, symptoms, triggering events, medication use, test results, quality of life and functionality questionnaires), the Patient Registry will incorporate a symptom tracking app that will give researchers real-time snapshots of how people with ME/CFS are doing and what is affecting them. At some point, Solve ME hopes to integrate wearables into the program.

Beside delineating subsets, some of the other goals are to tie together biological and treatment data with symptom data and use them to predict things like when PEM will happen, what accelerates recovery from a crash, and what treatments work and don’t work.

That big project got bigger (and more complex) when Solve ME went international and began to enroll partners in Canada, the U.K. and Australia into the project. Solve ME collaborated on both Alain Moreau’s Canadian ME/CFS grant and $1 million dollar Mason grant to Emerge in Australia. The result – one giant international ME/CFS database – and lots of data.

I asked her what might surprise the community about her. It turns out that Sadie Whittaker, PhD in molecular biology, is also a student of the magic arts – not the dark arts mind you – but the magic arts. She takes classes at the Magic Castle – a historic magic center in Los Angeles.

A Christmas present and a New Year’s resolution started it off. Initially she thought the idea was ridiculous, but making her way to the Magic Castle after work, she found, to her surprise, the fatigue dropping away. Seeing magic done effectively blows your mind, she said. It exercised a different part of her brain in a way she called utterly refreshing. Magic, she said, was a creative, cool and fascinating underworld.

Let’s hope she can make some magic with ME/CFS as well.