It’s rough reading about just how good exercise is for you – particularly for those of us who loved to exercise pre-ME/CFS. Exercise in most people improves the working of just about every system in the body. Stop exercising regularly and your risk for many different kinds of cancer, heart disease, Alzheimer’s disease, osteoporosis and early death rises.  The misery conditions – pain, depression, anxiety, poor cognition – they all increase when we don’t or can’t exercise.

That’s why the NIH is pouring almost  $170 million (yes, $170 million!) into a six-year study to learn what happens to the human body (and, of course, mice) during exercise. The “Molecular Transducers of Physical Activity Consortium” ( MoTrPAC) project has Francis Collins’s fingerprints all over it: the man clearly loves big initiatives (e.g. the Brain Initiative, the Heal Initiative on chronic pain).

The NIH is going to learn a tremendous amount about exercise over the next couple of years.

The NIH is confident they can now get at the very molecular root of exercise, including identifying every single molecule in the body that’s tweaked or turned on by exercise.

MoTrPAC will intensively examine what happens to 2,700 active or sedentary healthy adults during exercise in ten clinical centers across the U.S. (One of those clinical centers, the Center for Exercise Medicine, is at the same university (University of Alabama at Birmingham) that Jarred Younger’s Neuroinflammation, Pain and Fatigue lab is located.)

The study is so large that it will take eight sites – including Bruce Snyder’s Lab at Stanford – simply to analyze all the samples gathered. The goal is to create “a comprehensive map of the molecular changes” that occur during movement; i.e. to fully understand just what exercise does to the body. 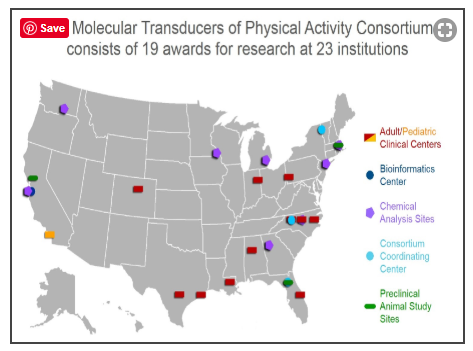 The amount of data to be gathered is so immense that Maren Laughlin, a program director for integrative metabolism at the NIH, sputtered a bit when talking about the amount of data it will gather:  “It’ll be a tremendously enormous data set,” she said.

This is a big, slow-moving, apparently agonizingly considered study. The program was announced in 2015, and the MoTrPAC program awards were first presented in December of 2016. Since the awards were announced, it’s taken almost three years to work out the study methods, establish clinical and data standards, create a research data portal, design recruitment strategies, etc. Only this fall did the study actually begin to recruit subjects.

One might think that a huge study focused on how exercise affects the body would feature at least some people for whom exercise does not work, but no – the study will look at some people on the other end of the spectrum (marathoners), but people with ME/CFS or overtraining syndrome are not included.

My guess is that they will actually get some people with mild ME/CFS in there, though; people who can work but are sedentary because they simply hate to exercise. If some of them participate in the study, the NIH may learn something about exercise intolerance.

Collins acknowledged that exercise is not a one-size-fits-all type of activity – that different people do better with different exercise regimens. What works for him, he said, might be very different from what works for someone else. No kidding. Doctors, he said, are unclear about what types of exercise to recommend. Really!

If one goal of the initiative is to create personalized exercise recommendations, one would hope it would be interested in the personalized, evidence-based exercise regimens that groups like Workwell have already developed specifically for people with ME/CFS. This is a field which called out for the development of unusual exercise regimens and introduced a new term – post-exertional malaise – to the medical lexicon.

It’s true that the initiative doesn’t contain any disease groups, and that may be why ME/CFS is not included. It’s hard to understand, though, how a massive initiative focused on exercise (e.g. activity) is not interested in the exertion intolerance disorder (remember Systemic Exertion Intolerance Disease (SEID))?  Collins has again and again called for more research on ME/CFS, yet missed a golden opportunity to include ME/CFS in an enormous initiative directed at understanding the heart of the problem in ME/CFS – exertion. It’s baffling and disappointing.

There is a possible “in” for ME/CFS though. The NIH is encouraging outside investigators to apply for “ancillary studies”.

“MoTrPAC encourages investigators to develop ancillary studies (AS) in conjunction with the MoTrPAC study and to involve other investigators, within and outside of MoTrPAC, in this process.”

The News section on the MoTrPAC website, however, lists only two dates to apply for an ancillary study – the last of which ended in April, 2018 – which brings up the question of whether the NIH ever informed ME/CFS researchers of this opportunity.

The $170 million indicates not only that the NIH is very serious about learning about exercise, but that it knows it has a heck of a lot to learn about it. That’s very good news for a disease defined by exercise intolerance. They will be digging deep indeed. 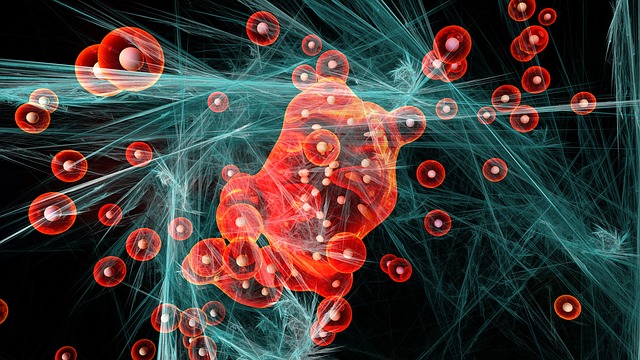 The NIH believes it will be able to uncover all the molecules in the body that are tweaked by exercise.

There is one bit of good news from the Time article on the nature of exercise itself. More and more research shows that exercise does not need to be lengthy or exhausting to have a beneficial effect.  Exercises which employ resistance such as yoga, tai chi and pilates are as effective a means of strength training as weight lifting.

Plus, researchers are also finding that short but intense exercise periods are as effective as longer exercise periods. One study found that a 10 minute micro-workout which consisted of three exhausting 20 second bouts of intense exercise followed by recovery periods produced the same heart and blood sugar effects as a 50 minute workout. One researcher was working on one-minute exercise programs. Very short exercise protocols are recommended in ME/CFS as they use the anaerobic energy production system.

“There is so much we need to learn about normal responses to exercise that we could apply to ME/CFS. Anything they find will help ME/CFS because it will increase our understandng about exercise responses. It’s a fantastic opportunity.” Staci Stevens, Exercise Physiologist, The Workwell Foundation 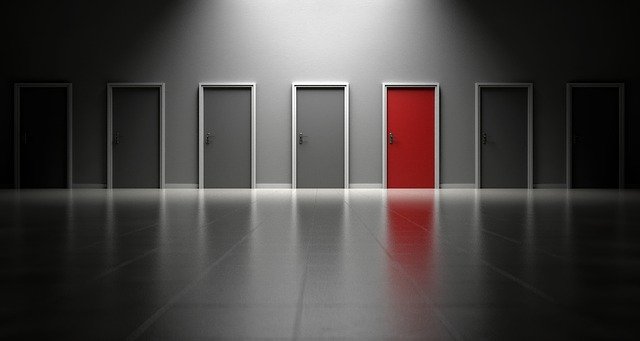 The study will open new doors for exploration in ME/CFS (if we can find researchers to look behind them). (Image by Arek Socha from Pixabay)

While this is not (yet) an ME/CFS study, it will, in its present form, give us the next best thing: the biggest darn baseline possible on the core issue (exertion) in chronic fatigue syndrome. It seems inconceivable that this immense exercise study is not going to give us many new leads to check out. As the researchers learn exactly what happens on the molecular level during exercise, they’ll be identifying critical factors and processes that are needed for exercise to work.

Those will give us a new roadmap that will help us track down what’s gone wrong in ME/CFS. Is a vital protein not being produced? Is a strange immune factor shooting up during exercise? Are some strange genes going bananas in ME/CFS? Are systems not talking correctly to each other?

Despite the fact that the NIH missed a huge opportunity by not including exercise intolerant people in its mega exercise study, this may very well turn out to be the most important study ever done for the ME/CFS field.

That will only be true, of course, if researchers are interested in translating the results from these studies into actual ME/CFS studies. With Jennie Spotila showing that individual researcher grant funding is actually declining, our greatest task may simply be finding researchers willing to give ME/CFS a shot.

In the meantime, some major question remains unanswered – why are we – a disease defined by exertion intolerance – not in the study, and how can we ensure that we benefit from it?  Some ideas are listed below: