“Something Completely Different”: Ian Lipkin Talks at the CDC on ME/CFS

The talk was titled, “Now for Something Completely Different: A microbe hunter turns to ME/CFS”. Except that Ian Lipkin is not just any microbe hunter: for many people, he’s THE microbe hunter. 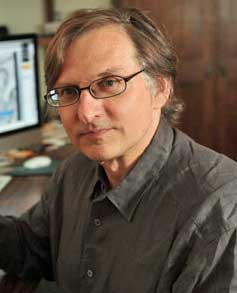 Will the CDC listen to the pre-eminent virus hunter in the world about ME/CFS?

Internationally known for his breakthrough work on Bornavirus, SARS, MERS, tick-borne illnesses, and others, and his recent work on acute flaccid myelitis, Lipkin is the perfect person to spread the word on chronic fatigue syndrome (ME/CFS) to the Centers for Disease Control (CDC).

The CDC are his kind of people, after all. Early in his career, he (unsuccessfully) applied to work at the CDC, and he’s worked with many CDC researchers since then. Best known for its work on infectious diseases, the CDC was founded in 1946 to study malaria. (Its headquarters were in Atlanta because malaria was endemic there.) Its Biosafety Level 4 labs that deal with the most dangerous pathogens are the most secure in the world, and contain one of the two official repositories of smallpox in the world.

So, having the world’s best known microbe hunter come to speak must been a treat.

The big question hanging over the audience must have been why in the world would a world famous microbe hunter turn to the much maligned ME/CFS? Let’s hope they were sincerely asking themselves that question. Lipkin is clearly more interested in ME/CFS than the CDC is at this point.

The CDC’s ME/CFS program has been around for decades but the CDC isn’t providing a fraction of the support it could.  So far as I can tell, funding has basically been frozen for years. (A recent attempt to increase it failed.) Thirty-plus years after the CDC took on ME/CFS, and almost 15 years since the CDC’s leader, Dr. Julie Gerberding, announced to the world that ME/CFS was a real and serious disease, ME/CFS remains locked in the doldrums there. The CDC may say ME/CFS is serious but they’re not walking their talk.

If anyone could open the CDC’s ears about ME/CFS, it might be Ian Lipkin.

Invited by Elizabeth Unger, Lipkin first whipped through a few of the disease outbreaks he’s been involved in recently. His reach is clearly enormous and his frequent flier miles must be out of this world. Lipkin talked about work with Tiliapia in Israel, an encephalitis outbreak in Uttar Pradesh, India, a measles outbreak in Mumbai, India, HIV in South Africa. When I briefly contacted him recently, he was in Egypt on another hunt.

Then he was onto ME/CFS.

ME/CFS – A Serious, Common and Expensive Disorder – Get It?

Lipkin described a common, serious and expensive disorder and noted that CDC researchers played a critical role in his early Bornavirus work in ME/CFS in 1995 – work which failed to link the virus to the disease – but which did find evidence of something called ‘non-specific polyclonal B-activation“.

One of the first immune abnormalities found in ME/CFS, non-specific polyclonal activation occurs when B-cells pump out wide range of antibodies – just not to an identified pathogen. That process increases the risk of having an autoimmune disorder.

Noting for the first, but not the last, time something that has clearly bugged him for years and he’s not shy at all about sharing – Lipkin stated that the NIH ME/CFS centers are not nearly as well funded as they should be. Then he quickly ran through his past findings in ME/CFS.

The two microbiome studies found 15 key bacterial types – one of which included the dreaded Clostridia species – and which  found reduced numbers of the gut-protecting butyrate producers in ME/CFS.  (We don’t know which Clostridia spp. are present in ME/CFS and not all Clostridia are pathogenic, but some are very pathogenic; i.e. the increased Clostridia were a red flag.)

Those bugs, plus a reduction in healthy butyrate producers, appeared to set the stage for an inflammatory gut, a leaky gut, the transmission of gut bacteria into the blood – and a systemic immune response in ME/CFS.  Since then, Lipkin has found significant differences in the metabolomics of ME/CFS patients with and without gut issues – suggesting that different disease processes are occurring in the two groups. Lipkin noted that the salivary micobiome in ME/CFS is off as well.

Evidence for a Hit-and-Run Pathogen Emerging 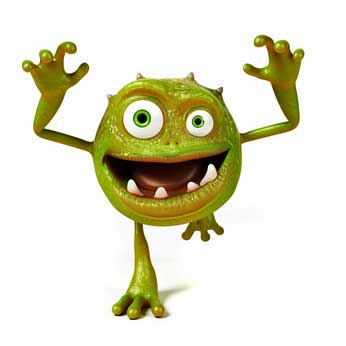 Did a hit-and-run pathogen disappear, leaving an over-active immune system behind? Lipkin’s evidence suggests maybe so.

Next came some brand new findings which Lipkin called “very, very cool”. The study of the proteomics or proteins in our body is difficult to do and expensive – but potentially quite fruitful.  Lipkin likened the proteomic work in ME/CFS to the successful proteomic work that’s been done in cancer.

A pathogen that hit ME/CFS patients and then ran – or rather was demolished by their immune systems – has been a popular hypothesis for years.

Lipkin suggested he may have found evidence for just such a pathogen which triggered an ongoing immune response in ME/CFS. The high levels of immunoglobulin kappa light and heavy chains he found suggested ME/CFS patients’ immune systems were in invader response mode. He suggested these findings could be used to predict people, who, presumably after an infection, were at risk of coming down with ME/CFS.

Working with the metabolomics pioneer, Oliver Fiehn, Lipkin described a large 100-person 600-metabolite study which, as his other studies have, found distinct differences between ME/CFS patients with gut issues and those without. One of those differences involved substances called plasmalogens, which were reduced in ME/CFS – and (ouch) are also reduced in a variety of dementias and Parkinson’s disease – and could provide a clue to the central nervous system issues in ME/CFS.

Another 100-person study found high levels of hypermethylation in ME/CFS – a finding that makes sense given the often abrupt onset of ME/CFS. ME/CFS appears like a disease that was primed by a massive epigenetic change. If a hit-and-run invader got loose, it may very well have bollixed up the gene expression of its victims.

Epigenetic changes occur when some event triggers a change in the expression of our genes. It’s as if a new overlay has been placed over our genes that reformats our genetic platform. A sudden infectious illness that produced dramatic, long term results would certainly fit the bill for a massive epigenetic change

Calling his data “some of the most promising data” yet involving genomic changes, Likpin indicated that he’d found that a significant number of epigenetic changes have indeed occurred in ME/CFS and they’ve occurred in some hot areas of ME/CFS research – oxidative metabolism and stress.

Then Lipkin turned to a fascinating finding he mentioned at last year’s NIH ME/CFS conference which appears to have held up thus far – altered iron metabolism. The “methylation difference” in the iron genes wasn’t all that large, but Lipkin was clearly impressed by the number of methylated genes associated with iron metabolism. Put them all together, he said, and you might really have something.

Are oxygen carrying iron molecules just not getting through to the muscles and other cells?

Noting that this process was not affecting red blood cells but could be affecting other cells, Lipkin slipped for a few moments into what he called fantasyland (given that he doesn’t know this is happening).

He began a series of animations (at 36:41) showing the raft of potential lesions that iron might have to surmount as it moves into ME/CFS patients’ cells. Since iron carries the key to energy production – oxygen – any problem moving iron into a cell, by definition, results in problems with oxygen delivery to that cell. Lesions that prevent oxygen carrying iron molecules into the cells is definitely a different take on the “systemic oxygen extraction” problems Systrom found in a large subset of ME/CFS patients.

The last tool in Lipkin’s toolbox was a “very expensive” method of searching for, if I have it right, peptides associated with pathogens which could indicate what might have triggered this illness.

Lipkin ended by telling his CDC audience that ME/CFS is an important and understudied biological disease. Stating that we’ve come a long way, Lipkin stated that the evidence suggests this is a disease of altered immune functioning, oxidative stress and a dysregulated microbiome.

No infectious agents have been found but Lipkin believes his new serology work will change that.

It’s clear that Lipkin believes the answer for ME/CFS is out there – the problem is getting the resources to get to it. Stating that the budgets of the NIH ME/CFS research centers were 15-20% of what was needed to rapidly achieve insights into ME/CFS, Lipkin reported that he didn’t even have the funding to get the samples needed for healthy controls.

As the evidence piles up – and it appears that every track in Lipkin’s NIH funded research center is showing results – he hoped the funders will realize this is not a disease of malingerers, and that it deserves serious study.

It seems that all systems are go in Lipkin’s NIH-funded research center. Despite a lack of funding that Lipkin can’t stop talking about, and despite the lack of healthy control samples, it appears that every major effort in his research center is producing results. How extensive and significant those results are, we’ll find out when the papers get published.

With a couple of years to go on their funding, the clock is ticking on the NIH-funded ME/CFS Centers. One study – from Maureen Hanson – has been published so far and we can expect a raft of others to follow. So far, Lipkin’s results look promising and let’s hope the others are as well and that the NIH is moved in its beneficence to provide funding for the real research centers Lipkin is looking for.

For now, Lipkin reported some promising, if preliminary, findings: evidence that a hit-and-run pathogen triggered an aberrant immune response, that reduced levels of plasmologen metabolites may be indicative of a central nervous system injury, that significant epigenetic changes may be impacting oxidative metabolism and stress in particular, and that impaired iron metabolism could conceivably be reducing oxygen flows to muscle and other cells.

(Health Rising does not actively fund raise for organizations (other than AAMES).  We have our own fundraising needs but this opportunity was too delicious to pass up. :))

Want to have a sit-down with Ian Lipkin and support ME/CFS research? Check this out. 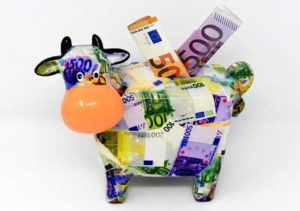 Thanks to the 150 people who have provided about $19,000 to HR, bringing us almost 45% to our goal. Ian Lipkin needs more funding to allow him to really dig into ME/CFS the way he wants to and so does Health Rising. Besides keeping HR going, we could dramatically expand our reach and get our programs finished faster (two major ones are underway). Please support HR!