Leonard Jason and Ben Katz have been concerned that pediatric patients (generally assumed to be from 0-18 years of age) have been given short shrift for awhile. In their 2012 article, “Pediatric Myalgic Encephalomyelitis/Chronic Fatigue Syndrome“, they highlighted challenges to the field of pediatric ME/CFS “with the hope that in the future pediatric cases of ME/CFS can be more accurately diagnosed and successfully managed.” 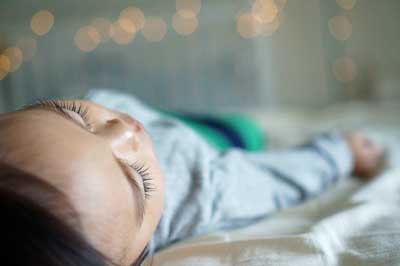 Jason’s is the first rigorous, community-based study of children with ME/CFS.

While it’s long been recognized that adolescents (10-18 yrs old) get ME/CFS, the idea that it occurs in children (0-10 yrs old) hasn’t gotten much attention.

The result is that ME/CFS, in many quarters, is still largely considered a disease of late adolescence and adulthood. A website called KidsHealth states:

Chronic fatigue syndrome can affect people of all ethnicities and ages, but is most common in people in their forties or fifties. It’s very rare in kids. A few teens do get CFS, and it affects more girls than guys.

Johns Hopkins states that a CFS-like illness also has been determined to occur in kids younger than 12″ but that “the actual number of children and teens affected by CFS is unknown.”

That’s all going to change with this study.

This is the first rigorous, large-scale, community-based study of pediatric prevalence.  Community-based means the study examined everyone in the community – not just those visiting physicians.

This study assessed 10,119 youth aged 5–17 from 5,622 households in the Chicago area. Easily the most rigorous study of its kind, the study required a screening call with the parent, the filling out of numerous questionnaires and a physician visit that included a structured psychiatric interview, a psychosocial assessment, and a medical evaluation for a diagnosis to be made.

The child had to meet three diagnostic criteria (Fukuda, Canadian Clinical Criteria (CCC), Institute of Medicine (IOM)).Two reviewing physicians made the diagnosis. (The authors didn’t miss the opportunity to point out that the lack of a standard diagnostic criteria complicated matters.)

The  study found a prevalence of pediatric ME/CFS of 0.75%, or 750/100,000, with a higher percentage of African American and Latinos being affected than whites.  (Past adult studies have found an increased incidence in racial/ethnic minorities as well.) The prevalence, interestingly, was three times higher than the adult 2003 CDC Wichita study (which used the Fukuda criteria) and about 80% higher than Jason’s 1999 community-based study.)

With less than 5% of the children having been diagnosed, 95% had ME/CFS without knowing it. (That was similar to adult diagnoses.)

I don’t understand the algorithm but its possible that’s an underestimate as forty-five percent of the children suspected to have ME/CFS failed to participate in the last screening step.

In the end, 42 children were diagnosed with ME/CFS, only 2 of whom had been diagnosed prior to this study.

Its rigorous approach – including the requirement for a doctor visit, the need to meet three different ME/CFS criteria, and the use of a separate panel of doctors to make the actual assessment – would, I would think, put its findings beyond reproach.

This study is important in so many ways. Since the two large community-based CDC studies in the 2000’s assessed adult prevalence, if its results can be extrapolated to the rest of the U.S., it would substantially boost the potential number of people with ME/CFS in this country by a quarter or a half (depending on which prior assessment is used).

The less than 5% diagnostic rate indicated that almost all children with ME/CFS, as well as their doctors, parents, school officials and friends, are in the dark about what’s happened to them. (Jason had the same finding with adults with ME/CFS in a 1999 study.)

The study raises a big red flag (lots of ill children out there who are not being taken care of) we can use to press federal agencies and medical societies to increase research funding and doctor education. (The NIH, by the way, funded the study.)

The impact of not being able to play with one’s peers, participate in school activities (during a time when all one wants to do is fit in), etc. is great enough, but imagine the psychological toll on the child and the family – the doubts, the worries, and the frustrations a mysterious illness in a child produces.

Lenny Jason pointed out how traumatizing having an undiagnosed illness can be for a child:

“The most important thing for children is to be accepted by their peers and if you don’t have the energy to socialize and do things with them and develop those friendships, that is a real obstacle. If they don’t have the energy to prepare for class or to stay focused in the classroom, they can get picked on by people who say you’re lazy, off task, not trying.

“There are a lot of potential barriers that these children can be exposed to, from peers, to teachers, to medical staff and even the family members who don’t understand.”

If approximately 1/100 children in the U.S. has ME/CFS, at least a couple of children with the disease may be present in every moderately sized elementary school. (I think of a kid on my block who went from being athletic to homebound).

School nurses could be on the lookout for girls, in particular, with high absentee rates, who have trouble participating in physical activities, who have unrefreshing sleep, etc. Simply informing the parents that their child might have this disease would be greatly beneficial. Dr. Friedman has been engaged in a project to educate school nurses.

“There’s a lot of problems with finding diagnoses in treatment settings, so this is something that parents are going to struggle with, I don’t know of any illness that is as scarce in terms of resources for families who have sick children as this — that’s a national disgrace.”

Score another groundbreaking study from the Jason team in Chicago. More are sure to come. Jason and Katz are involved in a huge, ongoing, and hopefully now completely funded, examination of infectious mononucleosis and ME/CFS in college.

If, for instance, you got ME/CFS when you were 12 you would report all experiences/symptoms you had before that age of 12.