Often when I communicate with the Solve ME/CFS Initiative (SMCI), I end up with Allison. She seems to have her fingers in everything. She seemed to know the nuts and bolts of just about everything. I knew that Sadie Whittaker, the SMCI’s Chief Scientific Officer, was making the high-level research decisions, but I concluded that Allison was probably the glue that held everything together. 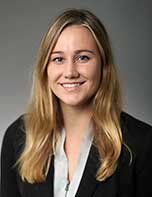 The Director of Research Programs for the Solve ME/CFS Initiative, Ramiller formerly worked at the Brennan Center for Justice, a New York social justice think tank, and as a civilian employee at the Oxnard Crime Analysis Unit was apparently doing systematic analyses to identify and analyze patterns and trends in crime.

That sounds rather fascinating, but with her Masters degree in Public Health (UC Berkeley), and her Bachelors degree in Psychology with a minor in neuroscience (UC Davis), she wanted to get back into the health field. In preparation for her interview, she said she watched a Tony Komaroff interview and got hooked. She came on board as a scientific administrator in 2017, and since 2018 has been the Director of Research Programs.

She described herself as a fixer and a jack of all trades. First she took on managing the Ramsay program, budgets, peer reviews. She helped start Solve M.E.’s pilot program at the Iris Kantor Women’s Center at UCLA, which seeks to enroll UCLA faculty in ME/CFS research. With the SMCI just a short half an hour away from one of the top universities in the country, it makes sense for the SMCI to forge connections there.

The first question Iris Kantor researchers asked was: “where can we get patient samples?”. Ramiller certainly knew patient samples. One of her first jobs was overseeing the Biobank, which is still distributing samples – most recently to Bindu Paul at Johns Hopkins University. That brings us to the You + M.E. Patient Registry – the first ME/CFS patient registry ever.

SMCI Goes All In on the You + M.E. Patient Registry

“I firmly believe that a global registry and biobank will be the single most impactful driver of progress in ME/CFS, deepening our understanding, helping us pick apart the heterogeneity, and driving us towards treatments.”  Sadie Whittaker – SMCI

Every disease should have a patient registry – and now we do.

There’s no doubt that Sadie Whittaker, Allison Ramiller and the SCMI are going all in on the You+M.E. Patient Registry.  How far in is the SMCI going with the Registry? After spending 4 years developing it, they’ve hired a full-time staff member, Elle Seibert, a former researcher at a USC neuroendocrinology lab, to manage it.

This is a Registry, it should be noted, that is designed to grow – and that’s a good thing. The larger a patient registry is, the more effective it can be.

When COVID-19 showed up just as the registry was about to be launched, Ramiller, Whittaker and the SCMI pivoted, added a section to chart how people with ME/CFS do with the virus, contacted Body Politic – the largest post COVID-19 recovery group –  gave them a tour of the platform, and got in touch with UCLA to see if the registry could figure in with their COVID-19 tracking efforts.

They’ve worked with the UK Biobank to begin collecting core sets of data that would allow the two databases to merge – in effect creating a U.S.-U.K. registry. They’re working with Emerge in Australia to in effect create a U.S.-U.K.- Australian registry.

They’ve started conversations with Tony Komaroff and the ME/CFS research center at Columbia University to adapt the app they’re creating for use in the registry.

ME Action’s Jamie Seltzer is certainly high on patient registries. In her Oct 2019 post, “Patient Registry is the Key to Achieving Big Data For M.E.“, Seltzer reported that patient registries have been significant research accelerators. Studies on Rett Syndrome, a rare neurological illness, for instance, increased tremendously in the years following the creation of the registry.

Particularly in rare/underserved diseases, even patient registries which do not contain biological samples (SMCI’s Patient Registry/Biobank contains them) have been shown to increase the number of clinical trials, research studies and published papers. It’s no wonder the SMCI has put so many resources into the Registry.

Help for ME/CFS Better on the Individual Level

Data from the mobile app could help each of us tease out what works and what doesn’t and how we’re doing over time. Illuminating patterns can show up when you track your symptoms. Rachel Carder used symptom tracking to identify drugs that made her worse – three days later – and to identify dietary changes that helped her sleep better.

I haven’t used the app yet but I’ve been told that it provides the capability to assess whatever factor that you wish.

That’s great on an individual level, but participating in the Patient Registry also has the potential to us better understand the disease. Your secured, anonymized, and encrypted data that will be fed to the Registry will allow researchers to do deep “phenotyping” they’ve never done before. 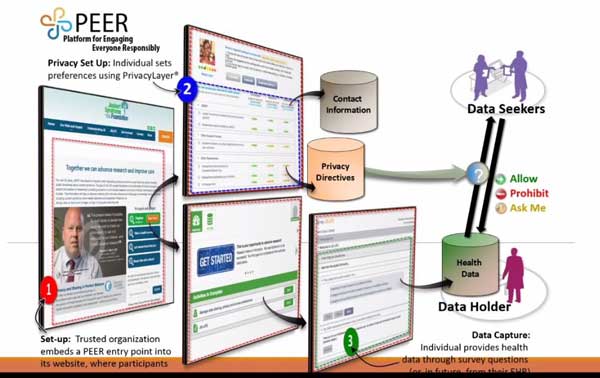 That could include uncovering symptom subsets, identifying different kinds of post-exertional malaise, understanding disease progression (and figuring out who is likely to progress to what), perhaps even matching up symptom profiles with treatments that work or clinical trials. One of the biggest questions, of course, is whether ME/CFS is a single disease or is made up of several diseases? The You+M.E. Patient Registry could help answer that.

What role does type of onset, gender, age of onset, comorbid illness, family history, or treatment history make? Does having a gradual vs an infectious vs a toxic onset effect what kind of ME/CFS you have? Do people who get this disease when they are younger do better than people who are older? And what happens to ME/CFS patients as they age – a big question for many of us. Is ME/CFS a pathway to autoimmune illness for some? Is ME/CFS different in women than men and how? Just how bad are the sleep problems in ME/CFS? The list goes on and on…

“The larger the data set available, the higher the probability that meaningful discoveries can be made.” SMCI

The You + M.E. Patient Registry has the potential – if it’s embraced by the ME/CFS community – to tell us much. The more people that use the Registry, the more effective it will be. The powerful machine learning tools that are now available present the possibility of learning more and more as the Registry grows.

The Registry adds a vital piece of medical infrastructure to ME/CFS. So far, about 1,100 people have signed up. Ideally we want tens of thousands. Besides ME/CFS patients, the SMCI is particularly looking for age and sex matched healthy controls.  At the moment. the Registry is only open to U.S. residents, but other countries will be added. The idea is to go global. 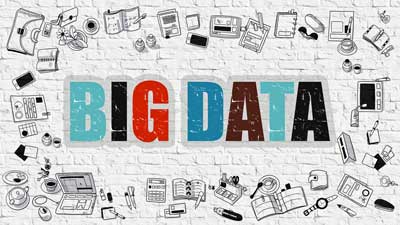 Big data from the Registry should enable us to learn things about ME/CFS we never knew before.

The You + M.E. Registry and Biobank is a collection of patient-reported data and biosamples (e.g. blood) from people living with myalgic encephalomyelitis (also known as chronic fatigue syndrome, or ME/CFS) and healthy controls.

The goal of the You + M.E. Registry is to register individuals with ME/CFS and non-ME/CFS control participants and compile demographic and health information into a data bank that will further our understanding of ME/CFS.

In this upcoming webinar, we will introduce the newly launched You + M.E. Registry and Biobank. Our Chief Scientific Officer, Dr. Sadie Whittaker, and our new Solve M.E. CEO, Oved Amitay, will take a closer look at what the Registry has to offer, and how to make the most of your You + M.E. experience!