H.R. 7057 – The Understanding COVID-19 Subsets and ME/CFS Act is back. There’s a reason this is taking so long. It’s the same reason that it’s taken 4 years of work to get to this point. 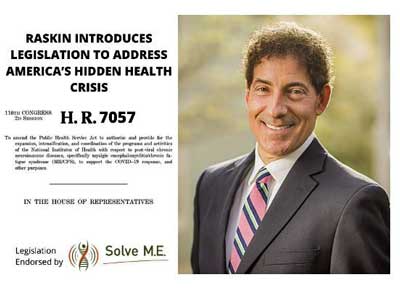 H.R. 7057 provides a new funding stream for ME/CFS – and supports the COVID-19 long haulers as well

This is not just an attempt to get more money for ME/CFS: it’s an attempt to transform Congress’s relationship to our disease – from that of being mostly a bystander to being an active participant. This is getting Congress to take a hands-on approach to ME/CFS and telling the NIH what it wants to have happen.

That’s a huge and potentially historic shift which opens a new realm of advocacy for us. Instead of fruitlessly, for the most part, asking the NIH for more money, we get to ask sympathetic members of congress to support us.

The difference is “pull”. We have very little pull at the NIH – and it’s shown – look at our funding. Congress is another story, though. While congressmen and women are naturally reluctant to tell the NIH how to do its business, they do have oversight responsibility of the agency – a job some of them take seriously – plus they are beholden to their constituents.

They get our story. They get that 1-2/12 million sick people in the U.S. getting $12 million funding a year is a joke. Given that they have responsibility for how the government operates, that bothers them. Plus, they know that a happy voter is a voter in their corner. In other words we have real pull with them. Our message resonates with them in a way it doesn’t resonate with the NIH.

We have come a long way. Four years ago Emily Taylor put forth a long term plan to the Solve ME Board to get Congressional funding for ME/CFS.  A year before that, in a striking editorial “A job for a lone Congress member: Speak up for a forgotten disease” published on The Hill, Llewelyn King asked for a lone Congressperson to stand up for this disease.

In four years how things have changed.  H.R. 7057 started with Rep. Jamie Raskin – who, in a nice twist, just happens to represent the district the NIH is located in. When the House recess started a couple of weeks ago, we were at around 20 co-sponsors with one Republican signed on. 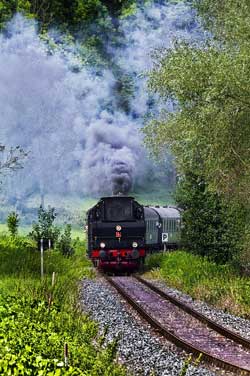 Now that the House is back in session, we’re up to 32 co-sponsors, and have two Republicans signed on. A big congratulations to the work of the advocates, and, in particular, to those who enrolled the three Republicans: Brian Fitzpatrick of Pennsylvania and Jack Bergman of Michigan.  (Republicans, as a group, are less amenable to telling the NIH what to do). The California (7 Congressmen enrolled) and Florida (4 Congressmen enrolled) advocates have been particularly effective at getting their representatives signed on.

This is like a ball rolling downhill. Every person that signs on improves our chances of others signing on.

The  Solve ME/CFS Initiative (Solve M.E.) has pulled out all the stops with this action. They created the bill, hired a lobbying firm to help with it, devoted their Advocacy Day to setting the stage for it, recently did a Legislative Cafe Chat (see below) to help explain it – and created a really nice Action Center to support us in making a difference with this bill.

Along with information on the bill, the Center provides a variety of different actions – from emailing, to social media posts to calling – attuned to different energy levels – and scripts and talking points that can be used in each. I’ve never seen an advocacy effort that is so well spelled out.

Check out the Cafe Chat with Solve M.E.’s Emily Taylor

The Cafe chat lets us know why and how the bill was created.

Getting Technical About the Bill

Some questions have shown up around the bill. If you’re interested in learning more about it, just keep reading.

“Legislation is the art of compromise; it is a fatal error to think you can use the legislative process to get 100 percent of what you want.” Tom Sheridan of The Sheridan Group 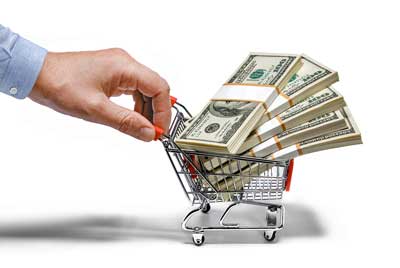 The legislation will protect and add to current funding – and could increase it significantly.

Why just $15 million when ME/CFS needs so much more? Because the goal right now is to set the stage for more funding.

Not once in over 30 years has Congress stepped in to force funding for ME/CFS.

The first step, then, is to get Congress to get its feet wet – authorize some funding for ME/CFS at the NIH – and then, once it’s in the game, ramp it up. This takes time. Legislative efforts typically take several years to come to fruition. As Laurie Jones of ME Action noted, “Congress work is a long game, not a short game.”

Emily Taylor explains why it’s impossible to ask for more than $15 million now – and why that will change if the bill passes.

This is not to say that the bill won’t increase ME/CFS funding – it will – and perhaps by a significant amount. Since NIH funding is about $12 million/year, passing the bill will increase funding by about 25% – not a lot, but you take everything you can get.

If as Emily suspects, though, the two major Institutes (NIAID, NINDS) keep their ME/CFS funding as it is – and the NIH adds on the $15 million from the bill to that – our funding will increase significantly. If the other Institutes stick with their current commitment our funding could double – to $30 million/ year.

“I think these two agencies will continue to invest in ME/CFS and, combined with H.R. 7057, we’ll see a sizable increase in funding.” Emily Taylor

At the very least, then, fifteen million dollars would be our new baseline – and with the budgetary issues the federal government will be facing next year – it might be very helpful to have a Congressionally mandated baseline for ME/CFS.

We are learning a lot about how things work at the Congressional level. The language of the bill – written the way bills have to be written – is as muddy as can be. The key term in this case is “authorized to be appropriated”.

Some people have pointed out that instead of appropriating money, the bill authorizes money to be appropriated.

That is actually how it should be. Getting money out of Congress, it turns out, is a two-step process. Getting the authorization to appropriate money is simply the necessary first step in getting the money appropriated.

Tom Sheridan, in “Helping the Good to do Better”, explains below how this works with regard to a non-profit which got an appropriation authorized, failed to move to step two, and never got any cash. He called authorizations “purchase orders”.

“Once you have a bill that authorizes a program or service, you then need to go through another process to get the cash. (Failing to do that) is a common but fatal error.”

Indeed, if the bill is passed, the next step according to Emily would be to have “our advocacy team and Congressional champions call upon the appropriations subcommittee members to finalize the distribution of money into our newly authorized program.”

(If the bill gets attached to the larger COVID-19 bill, it will authorize and appropriate money at the same time – and that second step will not be needed).