They were the “original gangster” (OG) in chronic fatigue syndrome (ME/CFS). At one point in time, enteroviruses were pretty much “it” in ME/CFS. Indeed, the ME/CFS outbreaks from the 1930s to 1960s resembled nothing so much as atypical poliomyelitis (enterovirus) disorder.

Enteroviruses are all over the place and they feature some intriguing characteristics. For one – they’re ubiquitous – there’s no avoiding them. For two, they love to infect two places that show up in ME/CFS regularly – the muscles and the central nervous system. For three, while most are pretty benign, they can also do some real damage (see polio, foot and mouth disease, aseptic meningitis, acute flaccid myelitis). 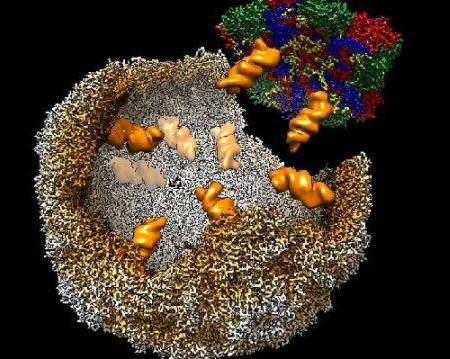 Enterovirus (from Wikimedia: University of Leeds)

As the new O’Neal/Hanson review article, “The Enterovirus Theory of Disease Etiology in Myalgic Encephalomyelitis/Chronic Fatigue Syndrome: A Critical Review (nih.gov)“, points out, the fact that the myalgic encephalomyelitis (i.e. ME/CFS) outbreaks mostly occurred in spring through fall suggested that an infectious agent was involved.

While some of the outbreaks had different initial symptom presentations, they generally resolved over time into the familiar symptom presentation we see today in ME/CFS: fatigue, cognitive and sleep problems and most of all, post-exertional malaise (PEM).

In the 2000s, the tide started to turn. A Swedish muscle/fecal sample and an English muscle study failed to turn up enteroviruses. The title of a 2003 paper, “Enteroviruses in chronic fatigue syndrome: “now you see them, now you don’t” (nih.gov)“, summed up the dilemma – sometimes they were found and sometimes not. Enteroviruses were still being studied – Lane’s 2003 paper, “Enterovirus related metabolic myopathy: a postviral fatigue syndrome“, was able to demonstrate an association between lactate accumulations during exercise and enterovirus sequences in the muscles – but the bloom was definitely off. 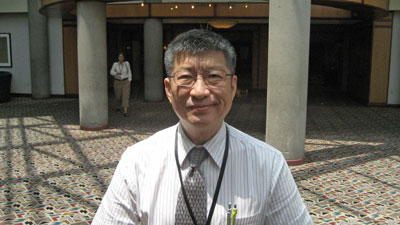 Dr. Chia has continued to pursue the possibility that enteroviruses are causing ME/CFS. He will present on that topic at the 2021 IACFS/ME Conference in August.

In a 2005 review paper, John Chia MD reported that “Initial reports of chronic enteroviral infections causing debilitating symptoms in patients with CFS were met with skepticism, and had been largely forgotten for the past decade.”  Indeed, between 2007 and 2020, only three studies – two by Chia – focused on enteroviruses in ME/CFS.

Chia, however, produced some large and seemingly compelling studies. He reported that his serological studies and DNA analyses of 200 ME/CFS patients with a flu-like onset found little evidence of herpesvirus infections but commonly found significantly raised neutralizing antibodies to two different kinds of enteroviruses (coxsackie and echoviruses). In what must be one of the largest pathogen detection efforts ever, Chia also found enteroviral RNA in 35% of over 500 patients. In 2004, Chia reported that enteroviral RNA was associated with symptom severity.

Chia believed that exercise in ME/CFS triggered a mostly failed attempt by the double-stranded enteroviral RNA to replicate. During the failed replication attempt, Chia proposed that the virus was producing proteins that perpetuated an immune response. (A similar hypothesis has been produced for Epstein-Barr Virus (EBV) in ME/CFS).

In 2005, Chia highlighted what he believed were three urgent priorities for ME/CFS:

Chia extended the search for enteroviruses to the stomach in 2008, and published his last paper on them in 2010. Despite making quite a splash in the ME/CFS world, Chia’s findings, unfortunately, have never been independently assessed by other researchers. (The CDC assessed some samples, and Dr. Chia told me they confirmed his findings, but no public announcements were made or papers published.)

Interest in enteroviruses and ME/CFS seemed to plummet during the 2010s. Chia’s small 2010 paper was the last ME/CFS paper focused on enteroviruses until the O’Neal / Hanson paper showed up this year – eleven years later.

Not so fast, say Adam O’Neal Ph.D. and Maureen Hanson Ph.D. of the Cornell University ME/CFS Research Center. Just because the interest in enterovirus has declined doesn’t mean the topic is dead. In fact, if they had their way, the field would devote a lot more resources to the enterovirus question in ME/CFS.

Their review contains some intriguing insights regarding post-infectious illnesses that we should all keep in mind. There are some things that we take for granted about long COVID and ME/CFS that maybe we shouldn’t. The paper asserts that some long-COVID patients – we don’t know how many – surely did not have their illness triggered by the coronavirus. Simply the fact that other viruses, including enteroviruses, have been around during the pandemic means that some long-COVID cases must have been triggered by other viruses.

It’s also likely that some people with ME/CFS who don’t believe they had an infectious onset actually did. We know this because one of the (hopefully) many insights to come from the COVID-19 pandemic is that it’s now clear that even people with very mild or even asymptomatic coronavirus infections can still come down with long COVID. Because enteroviruses can produce mild or even asymptomatic infections, they could have triggered ME/CFS in some people who thought they had a gradual, non-infectious onset.

With regards to the trials and tribulations of past enteroviral research, the authors noted that most of the muscle, brain and cerebrospinal studies done in ME/CFS have found evidence of enteroviral infections. Those which didn’t tended to use incomplete primers that could have missed the enteroviruses that were there.

The authors concluded that it’s not nearly time to give up on enteroviral research:

“it is evident that more research must be conducted in order to determine whether or not the majority of pre-2020 ME/CFS cases have arisen from EV infection”.

They asserted that larger, more comprehensive studies are needed, and provided a roadmap. Certain types of methodologies (RT-PCR with optimal primer sets and/or RNAseq with target capture enrichment) should be used. (If I’m understanding them, they should be able to pick up the double-stranded RNA Chia believes are present). Targeted RNAseq is preferred as it is “completely comprehensive for the enteroviral family”. Muscle, cerebrospinal fluid, and brain tissues should be assessed. (The authors do not suggest blood testing.) 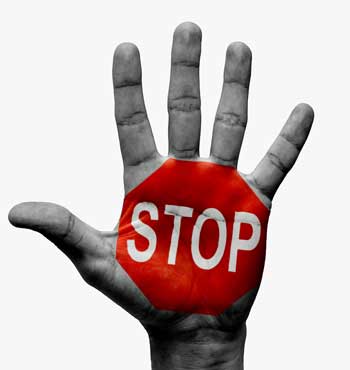 Did enteroviral research in ME/CFS stop too soon?

If the authors are right – we’re in situation that’s occurred all too often in ME/CFS research – and probably in the medical research field, in general: we’ve been drawing possibly inaccurate conclusions from small, often technically flawed studies.

It seems ironic and somehow right that as we confront the ravages left behind by a brand new coronavirus, this paper recommends taking us way back to the original potential pathogenic scourge in ME/CFS – the enteroviruses.

This brings up the question, though, of why it’s important to identify infectious triggers at all. If infectious triggers start off some generic process that results in ME/CFS and other post-infectious illnesses, it may not be important to identify the initiating pathogen. If that process is unique to each pathogen, though, then identifying that pathogen would clearly be helpful. If ME/CFS is triggered by the deposition of enteroviral fragments in the muscles and central nervous system, then identifying them would be crucial.

One of the problematic concerns regarding the enteroviral hypothesis of ME/CFS is the seeming drug treatment dead end. After his initial focus on the potentially toxic interferons, Dr. Chia turned to Equilibrant – a herbal supplement. I don’t know if anything has changed in that regard, but several years ago, Chia talked about the possibility of better enteroviral drugs becoming available. A patient of Dr. Chia’s recently reported that Dr. Chia thought that Remdesivir might become a good option as the pandemic waned.

Dr. Chia is going to give two talks at the 2021 IACFS/ME conference in August – one of which will be devoted to what are apparently new enteroviral findings. Find out more about the conference and how to register for it below.