“I firmly believe that a global registry and biobank will be the single most impactful driver of progress in ME/CFS, deepening our understanding, helping us pick apart the heterogeneity, and driving us towards treatments.”  Sadie Whittaker – SMCI

The You+M.E. Patient Registry is now a year old. It’s available to all ME/CFS and long COVID patients and healthy controls in the U.S. and Australia.

The You+M.E. Patient Registry is the biggest single infrastructure bootstrap the ME/CFS community has ever produced. Patient Registries are not easy to produce – it took Solve M.E. four years to produce theirs. Fibromyalgia – which is at least five times the size of ME/CFS – doesn’t have one. Irritable bowel syndrome has 10-20 times more people than ME/CFS – and doesn’t have one. Lyme Disease does, though. Its 2015 patient registry has more than 15,000 people in it.  A major Migraine Patient Registry that combines patient data, brain scans, and other biological measures showed up in 2018.

The reason many major diseases have patient registries is that they work. Besides providing insights no other program can, they also reduce research costs, and simply by drawing researchers to them, they can dramatically increase research funding.

In her October 2019 post, “Patient Registry is the Key to Achieving Big Data For M.E.“, ME Action’s Jamie Seltzer reported that patient registries have been particularly effective research accelerators in rare or underserved diseases. Studies on Rett Syndrome, a rare neurological illness, for instance, increased tremendously in the years following the creation of the registr

The You+M.E. Patient Registry (PR) could potentially do the same, as it provides the only source of widespread treatment information that researchers, the NIH, and drug companies are likely to listen to. Because the You+M.E. Registry is also collecting patient data, and will be collecting biospecimens, it has the potential to determine which types of patients benefit from which treatments. The point is that every data point you contribute to the PR has the potential to move this disease forward.

The Registry checks some big boxes for ME/CFS. (Image by Tumisu from Pixabay)

The Patient Registry checks some pretty big boxes for ME/CFS:

Patient registries are not sexy, though. While they’re potentially more valuable than any one research effort, they typically don’t generate a lot of excitement. The fact that an organization has taken the time, money, and resources to build a patient registry indicates to me that a research field has reached the level of maturity where it’s willing to engage in the hard, unglamorous work needed to be successful.

It certainly hasn’t been easy or cheap. Solve M.E. spent four years developing the You+M.E PR. It hired a full-time person to manage it, and then created a new award package (Stupski Awards) to provide grants to researchers. (They’ve funded two of them.)

Is the You+M.E Patient Registry Working?

So, why the question “Is the You+M.E. Registry working”? Its registry is clearly working. By including COVID-19 patients, expanding to other countries (Australia, the Decode ME study in the UK), creating a tracking app, funding researchers, Solve M.E. has proved to be a nimble, creative and committed registry manager. The registry itself is working just fine.

Join the You + M.E. Patient Registry

A better question might be whether we as a community have responded to the promise that the registry is.  A year and a month after it opened, the registry has 5,014 participants, just over 3,000 of whom have ME/CFS. 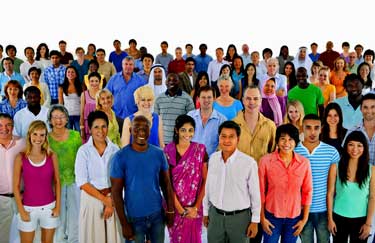 5000 people from the US and Australia is a lot of people…Could we have even more?

Five thousand people is certainly a lot of people. Thus far, the 5,014 people who have provided their information to the registry have gifted the ME/CFS community with over a million data points to help researchers understand ME/CFS.  A five-thousand-person study would be one of the largest, if not the largest, in terms of participants, studies ever done.

I can’t help but wonder, though, whether the possibility the registry presents for ME/CFS is even close to being fulfilled.  Diseases like ME/CFS and/or long COVID probably affect millions of people in the U.S. For me, the one-year anniversary of the You+M.E. Registry has brought to the fore a decades-old nagging question – “where is everybody”?

That’s where the Health Rising survey below comes in. It seeks to find out where everyone – those who enrolled in the registry and those who have not – is about the registry.

Join the You + M.E. Patient Registry