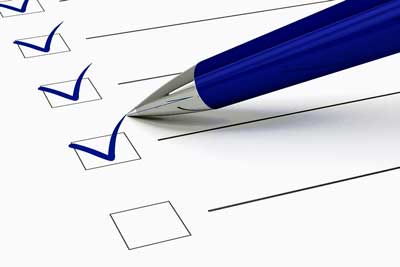 Health Rising’s 1st coronavirus was answered by over 7500 people. This one is more comprehensive.

It’s been over ten months since Health Rising published its first coronavirus vaccine side effects poll. At that point only 6 1/2% of the U.S. population had been vaccinated. Since then, vaccines have become readily available and over 189 million people or 59% of people in the U.S. and 72% of the U.K. and 73% of Canadian residents have been fully vaccinated.

Early polling suggested that the ME/CFS/FM community took the virus seriously. Seventy-one percent said they were either very concerned (48%) or concerned (23%) about getting infected with the virus, and a whopping 82% said they were being “very careful” regarding social distancing and mask-wearing.

All the ME/CFS practitioners queried in April of this year recommended taking the vaccine.

Over 375,000 people have viewed Health Rising’s first vaccine poll and over 7500 people have taken it.  The results have been pretty consistent over.  The vast majority of respondents (70-80%) reported they were over the effects of the first Pfizer/Moderna shot within 2 weeks while fewer did 65/66% did for the Johnson & Johnson/AstraZeneca shot. The 2nd shot, as expected, produced more severe symptoms, but 70 and 72% still reported they were over its effects within 2 weeks. Again, AstraZeneca produced more symptoms with only 59% of AstraZeneca recipients reporting they were over the side effects of the second shot within 2 weeks.

The Coronavirus Vaccine Side Effects Poll for ME/CFS and Fibromyalgia

While most people did well as a significant subset did not. About 28% & 37% of Pfizer/Moderna recipients stated the side effects from the second shot were severe and 23 & 19% still had symptoms at least a month.  More people taking the 2nd AstraZeneca shot took longer to recover from (33% were still recovering after a month) and more (30%) described their symptoms as severe.

Reports of some difficult recoveries resulted in Brandon writing a blog asking if there was a better way.

ME/CFS and the Coronavirus Vaccine: Is There a Better Way?

On April 26th after hearing reports of people who had actually improved after taking the vaccine, Health Rising’s “vaccine improvement poll” found that 29% percent of the approximately 1100 people answering the poll reported they’d improved, almost 30% of them “dramatically”. Thirty-three percent reported their improvements lasted at least a month.

ME/CFS/FM Experts On Whether to Get Vaccinated – Take II, Plus the Coronavirus Vaccine Improvements Poll and a Roundup on Past Poll Results

With all this data why create another poll?  HR has received numerous requests to fill in the holes from the last polls. In order to determine how side effects or improvements from the vaccines lasted the poll extends the time frame out to six months, asks vaccine recipients if they would take the vaccine again, asks about supplement regimens to prevent side effects, and determines how people with ME/CFS/FM who came down with the coronavirus have fared over a longer period of time.

More vaccine news is coming out. Keep an eye out for the Solve ME Initiative’s Vaccine response results which include both long COVID and ME/CFS patients. If my notes are correct Nancy Klimas is also studying the effects – both biological and symptomatic – of the vaccines on people with ME/CFS.