The Ramsay Awards have supported many prominent ME/CFS researchers.

Each year’s crop of Ramsay Awards is different. This one was notable in that it suggested that interest in ME/CFS, is, as we hoped it would be, following the advent of long COVID, climbing.

Fixing the Gut-Brain-Connection in ME/CFS?

David Esteban at Vassar College isn’t shy about his new ME/CFS connection at all. In fact, his faculty profile clearly states “I am interested in the role of the gut microbiome in disease (cancer cachexia, and Myalgic Encephalomyelitis/Chronic Fatigue Syndrome)”. (That’s actually a bit unusual). Estaban, who’s also published on viruses is also interested in how communities of bacteria in the gut form and change over time.

Esteban’s ME/CFS study “Microbial aryl hydrocarbon receptor agonists in ME/CFS” is more specific and is headed right at a potentially critical area in ME/CFS and other diseases – the gut-brain axis.

In fact, one study asserts that the aryl receptor Esteban is interested in constitutes “the interface of microbiome-gut-brain axis”; i.e. it’s the major avenue through which the gut communicates with the brain. It does this using tryptophan metabolites which “align gastrointestinal physiology and central nervous system (CNS) function.”

The AhR gut-brain connection is getting more and more interest and is being studied in Alzheimer’s, epilepsy, and other neurological diseases and now … ME/CFS.

It appears that Esteban is going to either assess how this vital pathway is doing in ME/CFS or he’s going to try to improve its functioning. Either would be superb but the second could be exciting indeed as the AhR’s job is to suppress neuroinflammation in the brain. (Talk about a gut-brain connection…). 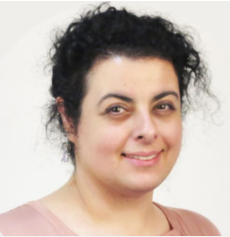 If there’s an issue out there waiting to trip up chronic fatigue syndrome (ME/CFS) researchers it just might be gender.  The fact that the number of female ME/CFS (as well as long COVID/fibromyalgia/POTS) patients far outstrips the number of male patients means gender must play a role in this disease yet few researchers attempted to understand how men and women with ME/CFS differ.

Nancy Klimas of the Institute for Neuroimmune Studies is one researcher who has. Eight years ago, she found different immune signatures in men and women with ME/CFS. That year her and Broderick’s modeling efforts again found immune differences and suggested that the male hormone system is protective in ME/CFS but that high estrogen levels can derail the HPA axis in women.

Finally, when asked about the most eye-opening result from the NIH’s Intramural study, Avindra Nath reported it was the dramatic differences in immune system results between men and women that really popped out for him. The gender issue is a real one.

It was good, therefore, to see the Ramsays take a stab at uncovering the role gender plays in the “Symptoms, mechanisms and sex: Exploring the sex differences in ME/CFS through integrated computational analyses” Ramsay award given to Sara Ballouz, Ph.D. and Anna Liza Kretzschmar, Ph.D. 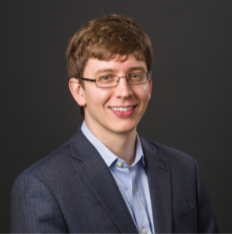 Aaron Ring MD, PhD. may look young but he has quite a pedigree. He’ll be digging into autoantibodies and ME/CFS.

Aaron Ring, MD, Ph.D. looks like he’s about 20 years old but he has quite a pedigree including degrees from both Yale and Stanford University. The young researcher has stacked up quite a few awards over his ten-year career including a 2020 Young Investigator Award.

Now a professor at Yale, Ring has already participated in several large COVID-19 studies including one, published in Nature, which found that different immune risk factors determined how sick men or women would get after coming down with COVID-19.

Ring will be focusing on autoantibodies – antibodies that mistakenly attack our tissues in his grant.  A deranged immune response that attacks one’s own tissues certainly makes sense given the infectious trigger often seen in ME/CFS (and always seen in long COVID). 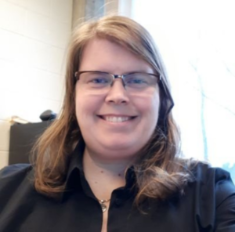 Heather Edgell PhD. is going to see if improving the breathing in ME/CFS helps.

It’s clear something is going on with the breathing – particularly during exertion – in ME/CFS. Many people have reported that they suffer from a hard-to-explain symptom of shortness of breath.

The research suggests something has indeed gone wrong. Systrom found exercise-induced hyperventilation in a significant subset of people with ME/CFS. Naschitz found that tilt table tests induced the same in a significant portion of ME/CFS/FM patients. Natelson and others have found evidence of the same in the form of low CO2 levels (hypocapnia). (Check out two home hyperventilation tests recommended by Dr. Natelson.)

Just a couple of months ago similar findings also showed up during exercise in long COVID.

Short of solving ME/CFS itself what to do about this breathing problem? Besides being emotionally disturbing breathing provides oxygen to the brain and removes toxins. Any help with that vital process would surely be helpful.

Enter “inspiratory muscle training” or RTM – a respiratory exercise program used to help people with asthma, bronchitis, emphysema, stroke, etc. breathe better. Athletes also use RTM to improve their performance. For the first time, it’s going to be tested in people with ME/CFS.

Heather Edgell, Ph.D. is going to use her Ramsay Grant Award to determine if inspiratory muscle training can help people with ME/CFS and/or long COVID think better and improve their physiological functioning.  While this approach won’t cure ME/CFS it could certainly improve functioning and reduce suffering – and who doesn’t want that? 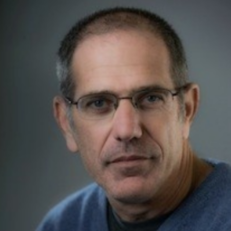 The potential for mischief is great. Any immune cells or pathogens that get past the BBB are going to cause some big trouble – which makes it kind of surprising that no one, until now, to my knowledge has looked at it yet.

Alon Friedman’s “Blood-brain barrier imaging as a biomarker for ME/CFS” study could also be a perfect fit for Jarred Younger’s study that’s following immune cells from the body to see if they end up in the brain. Finding that immune cells are getting into the brain and demonstrating that the BBB has some leaks could be a powerful combination.

One wonders if Friedman, a German researcher, has made his way to ME/CFS via Carmen Scheibenbogen’s increasingly large German group. Friedman is an established researcher who’s won a bevy of awards over time. It’s good to have him digging into ME/CFS. 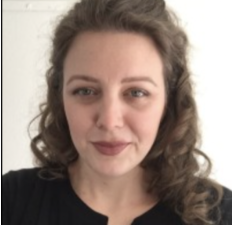 Jennifer Stone will use the You+ME Patient Registry to ask “Are long COVID and ME/CFS different?”

The Stupski Awards give researchers the opportunity to generate insights into the 5346-person strong (and growing) You+M.E. Patient Registry.

Australian epidemiologist Jennifer Stone’s study “ME/CFS and Long Covid: Are they the same condition?” will compare the clinical and demographic characteristics of the quite robust number of long COVID patients in the registry (n=934) to people with ME/CFS (n=3945). Do the symptoms differ? How about the type of onset? Does that affect symptom severity? Do people with gradual onset look different from people with infectious onset, etc. and on and on. 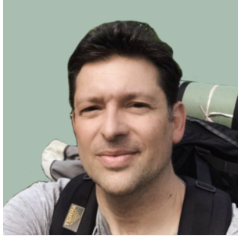 Efthymios Kalafatis a data mining expert, whose skills are touted loudly by others in his LinkedIn profile, is going to use machine learning and textual analysis to determine just how closely ME/CFS and long COVID are linked. Besides assessing symptoms, Kalafatis is going to assess if treatment results are different, how life events are affecting both cohorts, how the two conditions change over time, and others.

Anything that links ME/CFS more closely to long COVID and the immense amount of funding long COVID is getting has the potential to be useful. In fact, cementing that link may be the most important thing any researcher could do – which is probably why four of the seven Ramsay/Stupski awards include long COVID patients.