For decades it was a medical mystery. For many years it wasn’t even believed to exist. It all started back in the Kuwaiti desert over 30 years ago.

Operation Desert Storm was a cakewalk militarily but had devastating long-term effects for many veterans.

Militarily, the first Gulf War was pretty much a cakewalk. After pummeling Iraqi forces with bombs for over a month, Coalition forces took just 4 days to destroy the Iraqi army.

While the Coalition troops suffered relatively few deaths (378 compared to tens of thousands of Iraqi military personnel), the costs of invasion were high, with over a third of the U.S. veterans (250,000) as well as the U.K. and other vets suffering from a long-term chronic fatigue syndrome-like illness called Gulf War Syndrome (or Gulf War Illness) that produced symptoms like fatigue, muscle pain, cognitive problems, insomnia, rashes, and diarrhea. Nancy Klimas has said that, symptomatically, the two diseases cannot be told apart.

One U.K. vet told The Guardian:

“I was very fit and healthy when I was deployed for the Gulf War. I ran to work every morning and led the military fitness training. I was also into motocross and used to play rugby. Now, after 30 years of suffering from ‘Gulf war syndrome’, I still struggle to breathe and just a month ago I had to have an injection in my spine to block the pain from my damaged nerves.”

Various causes have been put forth, the most prominent of which is that the soldiers were exposed to a unique blend of toxic elements (nerve agent pills, uranium, multiple simultaneous vaccinations including anthrax and botulinum), pesticides, oil and gas fumes, high-powered microwaves) which, in combination with the heat and stress of battle, overwhelmed the soldiers’ systems.

Sarin (red) blocks the activity of acetylcholinesterase (yellow) in the neuromuscular junction.

Now a study, “Evaluation of a Gene-Environment Interaction of PON1 and Low-Level Nerve Agent Exposure with Gulf War Illness: A Prevalence Case-Control Study Drawn from the U.S. Military Health Survey’s National Population Sample“, appears to have nailed down the cause – a surprisingly simple one.

An overload of toxins or multiple, simultaneous vaccinations, or other possibilities, didn’t appear to play a role. It was the exposure to sarin gas that occurred after coalition airplanes blew up chemical storage tanks. Sarin is an organophosphate that was originally developed as a pesticide. It blocks the degradation of acetylcholine in the neuromuscular synapses – thus allowing acetylcholine to build up and causing the muscle to stay in a contracted, unresponsive state. Short-term exposure can cause the muscles moving the lungs to stop operating, causing death by asphyxiation.

Iraq used sarin and a range of chemical weapons (mustard gas and others) during the Iraq-Iran war, against the Kurds, and even against its own population immediately following the Gulf War. It’s has been outlawed since 1997 (7 years after the Gulf War).

The lead researcher, Robert Haley, M.D., an accomplished GWI researcher, left no doubt about how sure he was that sarin was it. For him, GWI always looked like a nerve disease caused by a nerve agent, and so it is.

“As far back as 1995, when we first defined Gulf War illness, the evidence was pointing toward nerve agent exposure, but it has taken many years to build an irrefutable case. Quite simply, our findings prove that Gulf War illness was caused by sarin, which was released when we bombed Iraqi chemical weapons storage and production facilities.”

Of course, ME/CFS, FM, and long COVID are not GWI. How the culprit was uncovered, though, may give us clues to how the causes of these diseases may be found. One might argue that GWI is simpler – and it probably is – relative to ME/CFS and FM, but Gulf War Illness was never simple. Multiple factors were thought to play a role, and teasing them apart has taken decades. For one, it was always difficult to tell who was exposed to what. Several similarities to ME/CFS can be seen.

There was the early denial. Like ME/CFS, early studies greatly underestimated the prevalence of GWI. Five years after the war, an article in a prestigious journal found no evidence of GWI. According to Wikipedia, it took 15 years for a study to demonstrate that GWI was widespread.

Psychological interpretations held things up as well.  Citing “recall bias” for years researchers questioned whether the soldiers who said they’d heard the chemical warnings go off actually had. They suggested that “recall bias” had caused those who became ill to “remember” incorrectly that they’d heard the alarms. In fact, earlier studies suggesting that sarin was the culprit had been dismissed by those who argued that recall bias was in play. Recall bias was actually a huge problem hanging over the field.

Haley achieved a trifecta. He showed that soldiers who stated they’d heard the alarms were the ones exposed to sarin, that those soldiers with genetic polymorphisms in the PONI gene that made them less able to break down sarin were most likely to have GWI, and that they had lower levels of the enzyme that breaks down sarin as well.

With regard to the PONI genes, three different forms of the gene can be found. The QQ form has the ability to break down sarin. That ability is blunted in the QR form, and disappears in people who carry the RR form.

With that, the exposure was related to a genetic alteration that produced a biological hole – it left some of the soldiers particularly vulnerable when exposed to toxins like sarin. The psychological interpretation – that recall bias made it difficult to understand what was going on in GWI – proved to be a chimera.

The authors did leave open the possibility that some Gulf War Illnesses were caused by other factors but concluded that sarin gas exposure was responsible for the vast majority of GWI cases.

What implications might the GWI breakthrough have for diseases like ME/CFS, FM, and long COVID, which have similar symptom presentations? It tells us that these diseases which, with the exception of long COVID, have long been dismissed, are real and that a biological foundation for them can be found. It tells us that inherited genetic susceptibilities can, at times, go a long way to explaining why someone comes down with these diseases. It also demonstrates how an exposure – whether to a toxin or a pathogen – can pluck out one segment of the population and really hammer it.

Since we know the trigger in long COVID, one would hope that the immune hole that allows it to take hold will be fairly quickly identified. Researchers will look for a genetic polymorphism – a small change in a gene or genes – or an epigenetic alteration – or some other factor that produced the vulnerability. If they find a genetic predisposition, they’ll look to see if that predisposition translates to reduced levels of an enzyme, protein, etc.

ME/CFS, of course, will be more difficult to understand than GWI and long COVID. A wide variety of pathogens known to trigger an ME/CFS-like state (Epstein-Barr Virus (EBV), HHV-6, herpes simplex virus, Giardia, Coxsackie B virus, Ross River virus, Coxiella burnetii, the SARS coronaviruses, Borrelia, post-dengue fever, post-West Nile virus, etc.) have been associated with an ME/CFS-like state. Each may do damage in different ways.

In a recent review paper ,Mady Hornig and others proposed three main hypotheses that could explain what’s happening in post-infectious disease states. Here are two of them.

Disentangling that mess would be difficult, but t’s also possible that the immune system goes off the rails in similar ways. While these infections tend to initially produce symptoms unique to each infection (loss of taste/smell in COVID-19), they eventually resolve into similar fatigue, exertion, sleep, and cognitively challenged states. That suggests a similar process may be underway in all of them.

Bruce Patterson, for instance, has reported that the immune signatures in long COVID, post-treatment Lyme Disease, post-vaccination syndrome, and ME/CFS are variations of a theme. They are different but contain core similarities. Patterson is evolving similar but different treatments for each. He’s doing that using the same “precision medicine” approach that is used in cancer; ie. he’s measuring individual immune factors in each patient and using them to inform his treatments. That approach has never been employed in ME/CFS.

Mady Hornig also believes core similarities may be present in all these post-infectious states. She recently co-authored a paper, “Unexplained post-acute infection syndromes“, that proposes that a “unifying pathophysiology” exists in them. The list of possible causes, it should be noted, is not infinite. She lists three main possibilities – all of which well-funded studies should be able to track down: 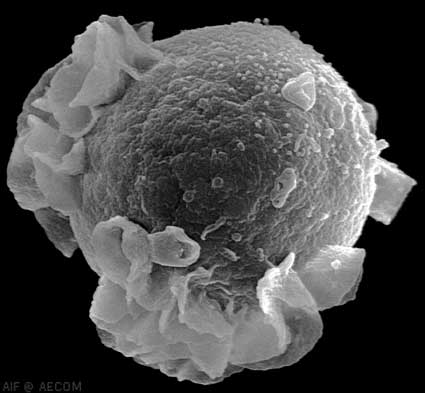 The recent multiple sclerosis finding will surely trigger more research into finding ways to control the pathogen – EBV – most associated with ME/CFS over time.

That multiple sclerosis finding opens up a new world of research dedicated to understanding exactly how EBV causes M.S. That includes, just as in GWI, what vulnerabilities to EBV were present in people with M.S. It also includes finding new treatments that could halt or reverse the damage.

That, in turn, is potentially good news for two conditions – ME/CFS and long COVID – that have been associated with EBV reactivation. At one time, the NIH actually refused to accept any applications for pathogen research in ME/CFS. In a recent review article, though, Stephen Deeks of NIH’s RECOVER long COVID initiative paid special attention to the possibility that EBV reactivation is either contributing to or causing long COVID.

Deeks is already thinking about treatment possibilities (post-infection therapeutic vaccinations, antiviral drugs, monoclonal antibodies, and immunomodulatory) all of which have either been considered but rarely attempted in ME/CFS. The ME/CFS field has been light years away from getting the funding needed to do adequate trials of any of these. (The NIH, in fact, refuses to fund clinical trials for ME/CFS, under its ME/CFS program initiative). If evidence points in their direction, however, they will certainly be tried in long COVID.

The key thing is that, for the first time, substantial resources are being put into unraveling a post-infectious illness (long COVID). The large-scale studies that were essential to the GWI breakthrough – but have never been done in ME/CFS or fibromyalgia –  should be done in long COVID. Key hypotheses are being generated and will be tested in large enough studies to determine if they are accurate. Genetic analyses will be done. (DecodeME is coming at a good time.) The pertinent levels of the enzymes, proteins, immune cells, etc. will be analyzed. Eventually, we should get there.

When we do, the long-COVID findings should, in turn, not only provide a template for studying the other post-infectious states but should spark renewed energy in deciphering them.

It will take time but its possible that the cause of the most mysterious and prominent post-toxin disease state (GWI) could be followed by the unraveling of these mysterious post-infectious disease states as well.