From opioids to anticonvulsants to antidepressants, etc. doctors throw a wide variety of drugs at nerve pain, yet the prognosis is generally poor with 40-60% of patients receiving only partial relief.  (Some studies indicate alpha lipoic acid and benfotiamine (thiamine) can be helpful for some, as well.) Reducing the inflammation in the nervous system could reduce the difficult to treat nerve pain as well.

Lyrica’s incredible success, in spite of issues with side effects and efficacy, highlights the great need for better means of dealing with neuropathic  pain.  Increasing restrictions on opioid use makes the development of more effective means of pain relief imperative. In the next couple of blogs we’re going to look at two drugs under development that may help at some point.

Probably the most intriguing is a compound called neuroprotectin D1 (NPD1) – the subject of increasingly intense investigation.  NPDI has  been mostly investigated as a protective agent in central nervous system, eye and kidney disorders but a recent study suggested it may be effective against the hardest to treat pain of all; nerve pain.

“These compounds are derived from omega-3 fatty acids found in fish oil, but are 1,000 times more potent than their precursors in reducing inflammation,”  Ru Rong Ji

In contrast to omega-6 fatty acids which have pro-inflammatory effects, omega-3 fatty acids have anti-inflammatory effects.  Studies have not generally borne out their efficacy in ME/CFS but they are commonly recommended and used. With NDPI clocking in at about 1,000 times the potency of its precursor, DHA,  NPDI  – if it ever gets to market – will be like fish oil on speed.

NDPI is potentially much more than a pain reliever; indeed, pain is only the latest symptom NDPI is being thrown at. An aptly named drug, neuroprotectin D1 is produced in response to a variety of conditions, some of which occur in chronic fatigue syndrome and fibromyalgia, including  oxidative stress (high in ME/CFS/FM),  protein misfolding (perhaps occurring in ME/CFS), seizures and brain ischemia-reperfusion (conjectured to occur in ME/CFS/FM).

Reduced NPDI levels may be a factor in Alzheimer’s, and just last month the Michael J. Fox Foundation awarded a NPDI grant in hopes the compound will slow neuron loss in  rodent models of Parkinson’s.  DPB1 also has microbial properties and was able to reduce influenza replication in a recent study.

Just this month, NDPI’s effectiveness in reducing pain in mice was assessed.

What they did to these mice was not pretty and some people may want to skip this part.  First they induced longlasting allodynia in the mice by surgically damaging their sciatic nerve. They found that applying  NDPI prevented the allodynia from occurring.  Far fewer of the  mice given NDPI chewed their toes (sometimes off ) as they usually do when suffering from neuropathic pain, and the  mice that did chew their paws, chewed them less.

Dorsal Horn of the Spinal Cord The dorsal horn of the spinal cord (blue) gathers sensory information from the body – and plays a key role in central sensitization and neuropathic pain. After surgery the mice treated with NDPI did not show any unusual activity – but the untreated mice did.

Long-term potentiation and microglial activation sets the stage for increased pain signal production in the dorsal horn but neither were found in the NDPI treated mice (while both were found in the untreated mice.)  Levels of a key cytokine involved in invoking neuropathic pain – IL-1B, were reduced in the NDPI treated mice, as well.  Finally, the macrophage infiltration that is a trademark of neuroinflammation did not occur.

Even large doses of the precursor to NDPI – DHA – failed to elicit significant pain reduction.   A common neuropathic pain reliever, gabapentin, did reduce some of the allodynia but only at very high doses.

NPDI appears to be able to stop the production of immune factors that attract the proinflammatory macrophages that tweak the nerves more. NPDI also reduces neuron firing – an important factor in an over-active system.

Keep Your Eyes on NDPI 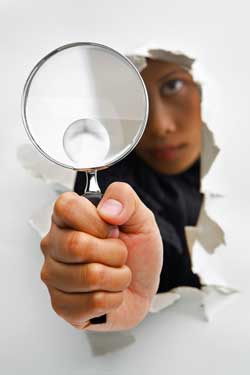 Duke researchers said they hoped to start a clinical trial to measure NDPI’s effects on pain.

NDPI is also being studied in animal models in Parkinson’s and Alzheimer’s.  It will take time, but given the amount of research NDPI’s received in the last nine years (seven studies in this year alone), it’s a good bet that NDPI will show up in drug form at some point, possibly bringing a new and, according to these researchers, a quite safe approach to neuropathic pain and neuroinflammation.