The Japanese have long been engaged in a quest to understand severe fatigue. Severe fatigue is an issue the Japanese apparently take fairly seriously. In fact, Watanabe and Tanaka begin their overview of the causes of severe, chronic fatigue by referring to exhaustion so complete and so intractable – called Karoshi in Japan – that some die of it. 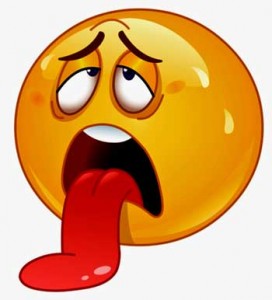 Fatigue is more than an medical issue for the Japanese; it’s an economic issue as well.

The Japanese approach severe fatigue from both a medical and an economic standpoint. Fatigue, the authors point out, impedes efficiency and reduces productivity. From an economic standpoint, then, it makes sense to find ways to recover from severe fatigue and perhaps even avoid it in the first place. The economic impact of fatigue has been used to justify spending yen on it for decades.

In this review paper the Japanese summarize their understanding of the tie-in between fatigue and nervous system problems in ME/CFS. (Please note that many of these same problems have been found in fibromyalgia.) They assert that they have:

Alterations in the brain’s autonomic network appears to be responsible for the autonomic nervous system imbalance seen. This network consists of the frontal and prefrontal cortices, the anterior cingulate cortex, the insula, hypothalamus, amygdala and some others, with an emphasis on the anterior cingulate cortex. (Many of these brain regions will show up in the Japanese core theory of reduced “facilitation” seen later.) 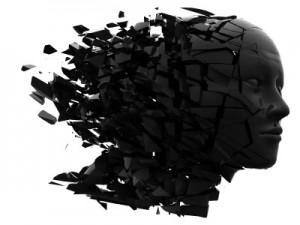 One of the ways the Japanese learned about fatigue is by driving the nervous systems of healthy controls into exhaustion by having them do complex cognitive tasks for hours. Functional magnetic resonance imaging (fMRI’s) indicate that as the healthy controls became more fatigued the parts of their brains involved in mental processing begin to disengage themselves. Two core regions, in particular, the prefrontal cortex and the anterior cingulate cortex, shut down.

The Japanese believe the same process is happening in people with ME/CFS but is obviously not being caused by long periods of intense mental effort. Instead, they believe  damage to the prefrontal cortex; an important locus of both executive and autonomic nervous system functioning in the brain, is the cause. With the inhibitory brake of the prefrontal cortex gone, the sympathetic nervous systems of people with ME/CFS react to the slightest stimuli leaving them tired and wired.

The Japanese have been so taken by the autonomic nervous system contributions to fatigue that they’ve designed the first test they believe that can accurately measure mental fatigue. This simple sixteen-minute test involves having the participants have their eyes open and then closed for three minutes, followed by a 4-minute cognitive test, followed by two more periods of having their eyes open and then closed. During this time an EEG is done.

Circadian rhythms are important for sleep, body temperature, and many other processes. In fact, the Japanese have found that when they combined sleep deprivation with altered circadian rhythms they could reproduce ME/CFS.

The Japanese attribute the source of fatigue in ME/CFS to a breakdown in what they call the facilitation system in the brain. As we become fatigued the facilitation system jumps in to increase the signals coming from the primary motor cortex to the muscles. This increased “drive” from the motor cortex prompts the muscles to work harder and activates more and more of them so that activity can proceed. 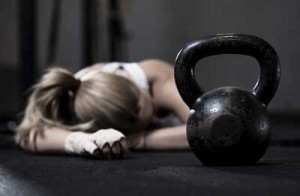 Using the facilitation circuit to overcome fatigue and keep on working and moving, however, comes at a cost. This circuit relies upon the excitatory factor glutamate. That’s fine for shorter periods but constant glutamate activation produces high levels of factors that produce inflammation and oxidative stress. The Japanese believe that over time these inflammatory factors cause damage to the facilitation system.  As it becomes damaged our fatigue increases, and our ability to reduce that fatigue decreases.

An inhibition circuit is also present which the authors believe is designed to turn off the facilitation system and return the brain and body to rest. It does this by producing an alarm signal (severe fatigue or other unpleasant sensations) which cause us to stop the movement and rest.

Once the damage to the facilitation system has occurred, the inhibition circuit stays on pretty much full time. The result of that, of course, is unremitting severe fatigue.

Later studies suggested that the inhibition circuit can become “classically conditioned” as well. When the brain is  presented with an environment that it associates with fatigue an alarm will come on – producing, ironically, more sensations of fatigue in order to return the body to rest.  (The classical conditioning of this response was demonstrated in healthy controls, by the way.)

The authors believe three things have happened in ME/CFS

The Japanese believe a similar fatiguing process may be occurring in multiple sclerosis as well.

Their view of the fatigue, then, in ME/CFS is different and similar to that found in the West. They discount the idea that aerobic energy production or muscle functioning is damaged but fully believe that inflammation and oxidative stress are causing mitochondrial problems and damaging the neurons in ME/CFS patient’s brains. They also believed they’ve identified a key network in which this happens.

Given the Japanese penchant for work, it’s perhaps not surprising that overwork and stress loom large as contributing factors in their hypothesis. They propose that continued activation of the facilitation system without rest can result in permanent damage to the system.

While the Japanese go to some pains to illustrate that the same processes occur in both acute and chronic fatigue, no attention is given to the possibility of acute, infectious onset. So far as I can tell, they have also not, interestingly enough, demonstrated reduced activation of the muscles by the motor cortex in ME/CFS – a core feature of their hypothesis.

Their introduction of classical conditioning will probably raise some hackles but it was demonstrated in healthy control and appears to be an inherent part of being human. The Japanese appear to view it as an important but secondary feature which becomes significant only after the initial damage has been done.

Ultimately, the Japanese hope to use symptomatic, historical, physical, laboratory, behavioral, physiological, molecular imaging, and neuroimaging data to identify those at risk for ME/CFS and to identify ways to prevent it from occurring in the first place.