Help us Ask NIH to fund an Ampligen Trial Today!

NIH is asking the ME 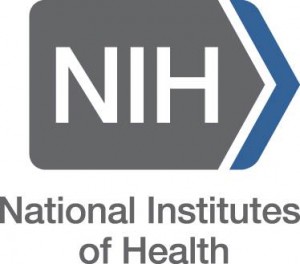 /CFS community what future research should be done. We are submitting a request to have NIH fund clinical trials for ME/CFS starting with Ampligen, as the only medication close to approval in the FDA pipeline. If you want to add your name to this request, the deadline is midnight tomorrow, 6/23. Some organizations and dozens of patients have signed onto it, but we would like to show NIH how important treatment studies are to our community. The text of our response is below.

To join the letter, email your name, years ill, and state to Courtney Miller at courtneymiller999@gmail.com and tell us you wish to join the Ampligen letter.

NIH should immediately fund a small, well-powered clinical trial to demonstrate efficacy of Ampligen for treatment of ME/CFS patients or a subset thereof, soliciting applications in 2016 from clinicians experienced in treating patients with Ampligen. The trial should be double-blind, placebo-controlled, demonstrating efficacy and characterizing responders.

Additionally, NIH should solicit applications for new clinical trials of promising medications for treatment of ME/CFS, such as rituximab, anti-virals, monoclonal antibodies, and cross-purposed treatments from similar diseases like Multiple Sclerosis.

There are no FDA-approved medicines for patients with ME/CFS. ME/CFS is as debilitating as end-stage renal failure, late stage HIV, and COPD, among other disabling diseases. In 2015, NIH’s Pathways to Prevention Panel and the Institute of Medicine reports both stressed the urgent need for medical research that can lead to treatments for patients. The FDA issued Industry Guidance in 2014 stating: “CFS/ME is a serious disease and there is unmet medical need in the treatment of CFS/ME.”

Only one medication, Ampligen, has completed a Phase III placebo-controlled trial under an FDA application for treatment of ME/CFS in 30 years. Ampligen has been used to treat ME/CFS patients for 25 years under FDA-approved clinical trials. More than 90,000 doses have been administered safely to hundreds of ME/CFS patients over 25 years. In December 2012, the FDA Advisory Committee voted that data submitted under its New Drug Application demonstrated that Ampligen was safe for ME/CFS patients.

An NIH-funded clinical trial will unlock private pharmaceutical industry investment in ME/CFS. The pharmaceutical industry has witnessed the only ME/CFS treatment to reach Phase III trials languish and fail to obtain FDA approval for 25 years. Until the first medication is approved by the FDA for treatment of ME/CFS, industry will not invest significant funding in medical treatments to fill the serious unmet need in this disease. NIH officials including NIH Director Francis Collins have repeatedly stated they wish to increase investment in ME/CFS research and treatment. NIH funding of a clinical trial has the power to spur private dollars roughly 20-50 times an NIH investment, and is among most leverage-able public investment options available today.

The only medication that could reach FDA approval within 3 years is Ampligen. Without independent support for a confirmatory clinical trial, the small pharmaceutical company which has financed 25 years of FDA-approved clinical trials of Ampligen in this disease will fail, and with it a medication that has been safe and effective for a subset of patients will disappear. This crisis is immediate, and action by NIH and FDA is required to encourage industry to step up to the plate.

Expert design: It is essential that an Ampligen clinical trial at this stage be well-designed by experts in the disease and especially by clinicians with diagnostic expertise and experience treating ME/CFS patients with Ampligen. Such diagnostic expertise is critical in a disease with multiple definitions and a broad spectrum of symptoms. There is an unprecedented opportunity to utilize a well-designed Ampligen trial to characterize responders and identify immunological impairment in ME/CFS or a well-defined subset.

Personal Suffering: Most importantly, the personal anguish of patients with ME/CFS who have no access to treatments is compelling and well documented. Independent panels (NIH P2P, FDA Voices of the Patient, and IOM) have underscored the urgency of bringing evidence-based treatments to those who suffer. Patients cannot wait until 2018 to see progress on clinical trials, as outlined on the Trans-NIH Working Group’s timeline. Serious study of treatments by the world’s leading research institutes must come immediately to break down the barriers that prevent evidence based treatments from being available to suffering patients.

Among the signatories to this RFI Response are:

Attached is a sampling of 800 email testimonies appealing to the FDA to approve Ampligen in 2012, by patients who had an opportunity to participate in an Ampligen clinical trial and many more who urgently need and hope for a treatment to try under the care of their physicians.

Also attached is a 2015 letter by leading ME/CFS clinicians and experts urging the federal government to move toward approval of Ampligen.