Fibromyalgia/ME/CFS sure feels like it’s in the muscles. After exercise, at least for me, they’ll often feel constricted and painful and muscle stiffness is common.  The central “sensitizationists: (look -a new word :)) say those pain sensations are simply the result of the central nervous system misinterpreting signals coming from the body. There’s nothing wrong, they say, with the muscles – the problem is in our heads (so to speak). It’s in the upregulated pain sensing and downregulated pain inhibiting pathways in our central nervous system. 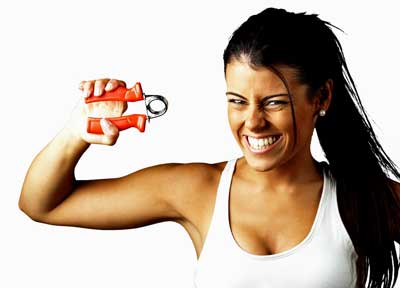 Those pathways certainly have problems but a group of FM researchers have always gone back to the body and they are being increasingly successful in finding problems.  Unrelenting pain signals from the body, they suggest, could be causing the central nervous system sensitization. They can point to muscle findings and small nerve fiber findings in the skin and elsewhere.

Plus, given the underwhelming performance of central nervous system acting drugs in fibromyalgia, and the difficulty accessing the brain, we might hope that something is happening in the body.

This recent study on the proteins present in those muscles sought to understand why they’re so often so painful.

The  study found that  the proteins found in the trapezius muscles of the two groups were different. Twelve proteins were highly correlated with increased pain intensity in FM, and 11 proteins were associated with reduced pain thresholds in FM.

The proteins identified suggested that the muscles of these CWP/FM patients were inflamed and under stress. That problems with energy production (i.e. the mitochondria) may exist, and that muscle damage had occurred.

Several proteins stood out. One (ankyrin repeat domain-containing protein 2) that was highly correlated with increased pain sensitivity defends muscle cells against injury and regulates inflammation. Low levels of this protein suggested that the FM muscle cells having trouble, protect themselves against damage and/or dampen down inflammation. 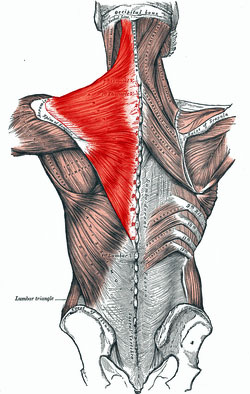 Because the inflammatory pathway (NF-kB) this protein regulates has been found to be upregulated in FM, low levels of this protein could be both inducing inflammation and reduce the muscle cells ability to cope with it.

Reduced levels of two proteins (carbonic anhydrase 363–65 and heat shock protein) that play protective roles against oxidative stress suggested the muscle cells might be getting whacked. Another that (Triosephosphate isomerase) plays a role in glycolysis suggested energy production had taken a hit.

All in all the results suggested that low energy muscle cells were immersed in an inflammatory environment they have trouble protecting themselves against.  (No wonder they’re sending out pain signals.)

When they looked at proteins associated with increased pain intensity the ankyrin repeat domain-containing protein showed up again – cementing it, at least in this study, as potentially a key player in the muscle problems in FM. Increased levels of glutathione transferase suggested the muscle cells were busy trying to protect themselves from high levels of oxidative stress.  Decreased levels of an enzyme (a creatine kinase) involved in the ATP production process suggested that energy production was low.  Increased levels of other proteins (myosin light chain 6B, troponin) involved in muscle atrophy and chronic muscle disease rounded a protein study which suggested significant problems with the muscles may be present in FM.

Considerable  other evidence also suggests that something is going on in the trapezius muscles of people with FM,  a related disorder called trapezius myalgia and/or chronic widespread pain.

A 2014 study found increased concentrations of lactate and glutamate in the trapezius muscles of people with chronic widespread pain.  Electromyography readings indicated that trapezius muscle activation during mental stress tests,  breath holding  and even during eating may be contributing to the upper body pain. The study suggested that mild stressors could contribute to upper body pain in people with FM.

In fact people with trapezius myalgia (TM), display the same autonomic nervous system signature (low heart rate variability) found in fibromyalgia and chronic fatigue syndrome.  Their low HRV readings during sleep suggest they may experience the same type of ‘micro-arousals’ speculated to occur in ME/CFS and fibromyalgia at that time.

Micro-circulation tests indicated that an hour of computer work resulted in reduced blood flows and  oxygenation saturation and higher lactate and pyruvate levels. Another study  that found high rates of ‘hypertrophied muscles fibers and low rates of capillarization sounded like a recipe for low blood flows.)

The upshot is that there’s good evidence that something is going on in the trapezius muscles of people with TM and/or FM.  Of course these wouldn’t be the only muscles affected in FM; think of them as an analogue muscles in general. 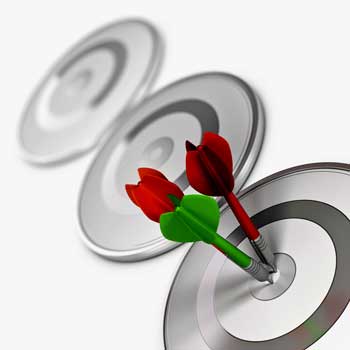 The encouraging thing about this study was not that it found some proteins but that the proteins in the muscles of FM patients found fit so well with what we suspect about it.   In my experience “omics” (proteomics, genomics) studies often come with an array of factors, many of which just don’t seem to fit, but most of the proteins that showed up in this study fit FM really well; i.e. they were associated with cellular stress, inflammation, muscle damage and problems with energy production.

This was, by the authors own accounts, a small exploratory study that needs to be validated. It provided enough potential clues to FM that hopefully it will be repeated and expanded upon and will encourage more research into the muscles in FM. With recent FM studies finding evidence of reduced microcirculation in the lungs – possibly due to nerve damage – and more small nerve fiber problems in the skin and the eyes – the body is becoming an ever more interesting place.

The cause of those problems, however, is a mystery.