Did MitoQ Mend Us? A Fibromyalgia and Chronic Fatigue Syndrome (ME/CFS) CoQ10 Trial

Mendus is the brainchild of Joshua Grant, a neuroscientist with chronic fatigue syndrome (ME/CFS).  Joshua looked around and saw a mountain of possible  treatments with nothing other anecdotal evidence to recommend them. Given that he couldn’t expect clinical trials to assess how effective even a fraction of them were, the future looked like a lot of expensive trial and error.

There had, he thought, to be a better way, and so he created a platform called Mendus that patient communities can use to produce their own clinical trials.   Mendus takes off on the “quantified-self” movement in which individuals use devices that measure activity levels, heart rate, heart rate variability, sleep, etc. to monitor their personal health.  MENDUS takes that movement to the next level to produce the “quantified-community” projects that allow entire communities to get statistically relevant information on treatment possibilities.

When enough people enter into a trial it becomes active. The trials essentially never end; as new people enter a trial and provide new data the data stream becomes more robust and gets re-analyzed. Twelve ME/CFS and FM trials containing over 300 patients are now active on Mendus.

With 144 people contributing data the MitoQ ME/CFS and FM study is the largest MENDUS trial to date. MitoQ is an amped up form of CoQ10, an essential mitochondrial factor and antioxidant. Several studies also suggest it may be helpful in ME/CFS or FM. 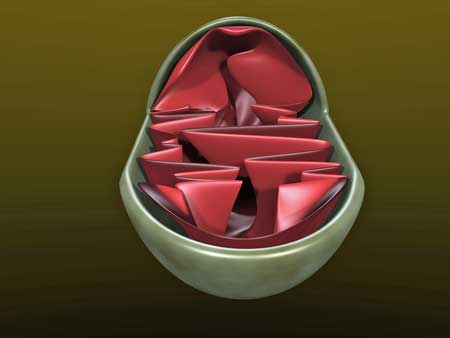 CoQ10’s uptake rate into the mitochondria, however, is low.  Mitoquinone or ‘MitoQ’ is a form of ubiquinone (CoQ10) which has been engineered for significantly better mitochondrial uptake. It has the potential to be many times more effective than standard CoQ10.

Studies suggest that mitochondrial problems may be present in chronic fatigue syndrome (ME/CFS) and/or fibromyalgia (FM).  Reduced blood CoQ10 levels, for instance, have been found several times in FM.

Via a blog on Health Rising MitoQ Ltd offered a free, 6-week supply of MitoQ (20 mgs/day) plus a  visually identical placebo pill to ME/CFS and FM patients. The resulting randomized, blinded, placebo-controlled, crossover trials involved 47 patients with fibromyalgia and 51 with myalgic encephalomyelitis (ME) or chronic fatigue syndrome (CFS). An additional 44 people joined the study by purchasing MitoQ t at a reduced rate (43 ME/CFS, 1 FM).  They took a lower dose (10 mgs/day)

All groups were predominantly female (FM: 82%, ME/CFS: 69%, Group 3: 94%). The trial participants reported they had been diagnosed by a doctor or were self-diagnosed.

At several time points during the 6-week trial the participants completed online assessments of fatigue, pain, sleep quality, mental clarity, gastrointestinal issues, depression and overall wellbeing, along with an estimate of how active they had been. Three cognitive tests were also assessed: digit span (working memory), polygons (concentration) and verbal reasoning. These were performed at Cambridge Brain Science (cambridgebrainsciences.com) and scores were entered manually at Mendus.org.

The FM patient reported that 6 weeks of MitoQ led to decreases in pain of 33% and 24% for the parallel groups analysis and crossover analysis respectively. Increases in working memory capacity were also observed (13% and 10% respectively; amounting to nearly a 1-digit improvement in memory).

The ME/CFS group did not fare so well; a parallel analysis actually found reduced sleep quality in ME/CFS group compared to the placebo group (19%).

This is the fourth study to find that CoQ10 may be helpful in reducing pain in fibromyalgia, and the first to suggest it may have modest effects on cognition. A placebo-controlled study found that CoQ10 treatment was associated with reduced levels of IL-1B, a pro-inflammatory cytokine believed to play a critical role in producing hypersensitivity pain states. CoQ10 was associated with reduced pain, fatigue and morning tiredness in FM in another study.

CoQ10 bombed out in the ME/CFS group. In fact, MitoQ was associated with a slightly reduced quality of sleep.   Given reports of low CoQ10 levels and ATP production  in ME/CFS the findings were somewhat surprising. It should be noted, though, that a Spanish group which has consistently, found evidence of some mitochondrial problems in FM, failed to find them in ME/CFS. The authors suggested that the presence/absence of mitochondrial dysfunction could distinguish the two diseases.

It’s possible, as well, that if mitochondrial issues are present in ME/CFS, they need more than MitoQ to be resolved. The one successful CoQ10 ME/CFS trial used CoQ10 in combination with NADH. NADH, then, could be a missing co-factor.

The add-on (non-placebo controlled) group made up almost completely of people with ME/CFS was the big surprise.  In contrast to the placebo controlled  ME/CFS arm – which reported no significantly positive results – this group reported  almost across the board benefits including increases in energy (26-32%), sleep quality, mental clarity, verbal reasoning and pain. 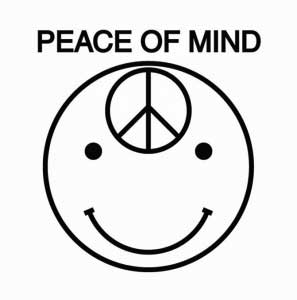 Did a strong placebo effect account for the big boosts the uncontrolled group reported?

The notable boost this group received could reflect a very robust placebo effect that was accentuated by the fact that this group actually knew they were receiving MitoQ.  That’s in contrast to the placebo-controlled groups where the participants never knew whether they were taking a placebo or not. The knowledge that they were taking a potentially very powerful mitochondrial supplement could have provided a substantial boost.

(The placebo effect did show up in the controlled section of the trial; pain, gastrointestinal problems, concentration and verbal reasoning all improved in both the placebo and MitoQ ME/CFS groups. Notice that the add-on group experienced improvements in different symptoms…)

Sometimes less is more, as well. The benefits seen in the uncontrolled group could possibly reflect the lower dosages (10 mgs/day vs 20mgs/day) they were taking. That’s an interesting possibility given the reduced sleep quality seen in the placebo controlled group (which took twice as much MitoQ).

The Mendus study validated past study results in fibromyalgia; CoQ10, in this case in the form of the MitoQ,  did significantly reduce pain levels and modestly increased working memory. The evidence for CoQ10’s usefulness in fibromyalgia is increasing.

The strange dysjunction in the results between the placebo-controlled and uncontrolled ME/CFS patients, on the other hand, left only questions.  Does CoQ10 just not work in ME/CFS?  Or was a vital cofactor missing? Or is less more with regards to CoQ10 dosing and ME/CFS?

Was a strong placebo effect responsible for the surprisingly strong benefits seen in the uncontrolled group or did something else occur?

Kudos to Joshua Grant for putting this trial together, to MitoQ for being willing to put their product on the line in such a visible way and to all who participated.