The Nov. 2nd announcement by Cannabis Science that it was developing a cannabis pain patch for fibromyalgia sent a wave of excitement rippling through the FM community. A short Nov. 4th Fibromyalgia News Today (FNT)  blog received so much interest (20,000 hits, 1,500 Facebook shares, 300+ comments) that FNT felt compelled to point out in a separate Facebook post that it does not offer medical or treatment advice.

Fibromyalgia News Today was excited enough about the response, though, to feature the blog, which appeared to be largely developed from Cannabis Science’s Nov. 2nd press release, in its Trending Ad at the top of every page of its website. Two weeks later it’s still there.

Next up, a Nov. 12th National Pain Report piece titled “New Cannabis Pain Patch for Fibromyalgia and Diabetic Nerve Pain” generated 89 comments. That piece also appeared to be largely developed from the company’s press release, but included a short warning regarding possible issues with the legitimacy of the company. That warning, however, appeared to be largely ignored as patients in the comments section expressed excitement at the advent of a new method of pain relief.

The real news behind the Cannabis Science pain patch (which is reportedly under development) may not be a new method of pain relief – but rather just how desperate the FM community is for relief – and how easily it can be taken for a ride.

Cannabis Science, the company behind the purported cannabis patch, states it is “one of the longest standing companies in the cannabis business“. Investigative reports, however, suggest it is standing on only the shakiest of legs.

Seeking Alpha’s 2014 expose of Cannabis Science “Comprehensive Investigation Of Cannabis Science, A Recurrence Of Misleading Investors And Executive Self-Dealing” revealed a company with an iffy past.  From 1996 to 2003 the company that is now Cannabis Science used multiple aliases in unsuccessful attempts to explore biotechnological R&D, oil and gas exploration, mineral leasing and significant M&A ventures. After purchasing the intellectual property of Steven Kubby, a Libertarian and cannabis entrepreneur, the company renamed itself “Cannabis Science”.

Kubby’s reign as President of the new company, however, proved to be a short-lived one as he and two other officials resigned after a month with the company on advice of counsel citing “the appearance of fraud” and a  purported illegal diversion of funds. Kubby publicly stated that he believed that Cannabis Sciences was involved in a “criminal conspiracy to defraud our investors“.

Since then the company has had a history of stating it was developing products that haven’t shown up in the market. Seeking Alpha reported that in 2011 the company stated it was developing cannabinoid patches for the treatment of skin cancer. Another product was intended for people with drug resistant HIV.  Seeking Alpha was unable to find any evidence that either of these products had entered “clinical investigation”. Even an attempt to find its corporate headquarters failed. 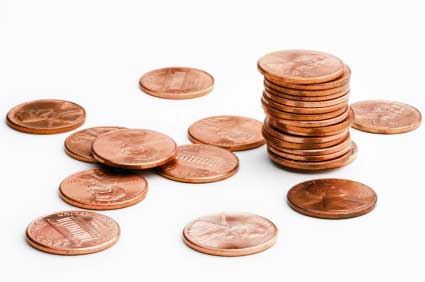 In a Nov.15th, 2016 article that apparently attracted much less attention than the Fibromyalgia News Today and National Pain Report pieces (it has received no comments), the Pain News Network proposed that Cannabis Science, which has issued no less than 2 billion shares of stock, is a classic  “pump and dump” penny stock. These types of companies regularly issue press releases regarding products that never come to fruition but which do raise stock values temporarily. With billions of shares outstanding, stock price increases on the order of pennies can prove lucrative to CS’s company executives who cash out their shares. In October, for example, Chief Financial Officer Kane sold 9 million shares for $384,000.

Over the past seven years the company has released approximately 180 press releases.  Its Nov. 17th  press release stated it would be building a 33,000 sq. ft. greenhouse in Nevada and planned to open Raymond C Dabney University (named after its President) and a self-sustaining cannabinoid community. Other recent press releases stated it was looking at land deals across the country, was developing a product for pulmonary patients, and will begin clinical trials on an inhalable product for multiple conditions. In February of this year the company stated it was targeting autism.

The Pain News Network, however, indicated Cannabis Science reported revenue of just $5,787 in the first six months of 2016 against liabilities of over $5 million. For years the company’s SEC filings have stated

“We anticipate that we may only generate limited revenues in the near future and we will not have enough positive internal operating cash flow until we can generate substantial revenues,” the company said. “There is substantial doubt as to the company’s ability to continue as a going concern without a significant infusion of capital.”

Thanks to its fibromyalgia press release and others, apparently, Cannabis Science’s stock, at least for now, is rising. On Nov. 5th, the Oracle Dispatch called Cannabis Science one of the hottest over the counter (OTC) stocks going (OTC stocks are not traded in exchanges such as the New York Stock Exchange). The Dispatch stated CS’s stock prices had increased by 200% recently.

Citing marijuana’s “multi-billion” growth market and Cannabis Science’s many products in development, Micro-cap also lauded Cannabis Science’s potential. Insider Financial, however, warned investors to guard against Cannabis Science’s ability to “play  the news”.  They suggested the fibromyalgia press release served as “fodder” which “could easily add near to medium term value to the company’s market capitalization.”

It certainly got the fibromyalgia community going.

With an enormous commercial marijuana market opening in California, expect a wild ride as companies, good and bad, race to get a piece of the “good times”.  If history is any lesson, don’t expect Cannabis Science to release a pain patch for fibromyalgia anytime soon, and be wary of any blogs on cannabis or other products that are based primarily on a company’s press release.

Cannabis is tightly regulated, and cannabis consumers might do best if they stuck with reputable companies producing well-reviewed products.

Ironically, cannabanoid pain patches have been available from a legitimate company for three years. In June of this year, demonstrating remarkable growth from a company that started making patches in a 400 square foot laboratory, Mary’s Medicinals reported it had sold its millionth transdermal cannabanoid patch. Weedist, Weedreader, HailMaryJane and Alternet have all given Mary’s Medicinals patches good reviews.  A Gizmodo review called the effects “subtle” but the Alternet reviewer, who had Crohn’s disease),and tried four of the different patches said that not only did she feel no pain but that she was “bubbling over with energy”. 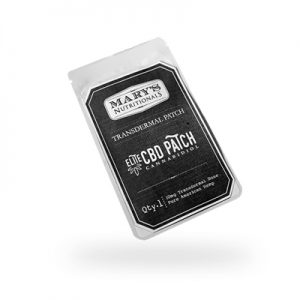 There are good reasons patches might work. Patches deliver the product into the blood stream providing body-wide relief while creams effect local areas only.  Plus, according to Mary’s Medicinals higher bioavailability means you get more from less with patches. Mary’s asserts that a 10 mg patch is equivalent to an 80 mg serving of an edible. Finally, the patches long absorption times mean less of a high and more pain relief.

Mary’s states they’re not aimed at recreational use, they’re aimed at pain relief. Most of their patches (CBD, CBN, THCa, CBD:THC 1:1) have no pyschotropic properties; i.e. they don’t produce a high.

It appears that patches containing THC cannot be shipped to personal addresses anywhere; they must be dispensed by a dispensary. Patches containing only CBD can be shipped anywhere in the U.S.  Mary’s produces six different patches (THCa, THC Indica, THC Sativa, THC Hybrid, CBD, & CBN), one of which – the CBD patch on its nutritionals.com site –  can be shipped state-wide.  The patches are not cheap: one patch which lasts from four to 12 hours costs $10.

If you’re looking for other patches or the gels they provide, a list of retailers can be found here

Support In-Depth News You Can Trust