POTS is a condition characterized by very rapid heart rates (>40 bpm increase – adolescents; 30 bpm increase – adults) and pooling of blood in the lower body while standing.  It has strikingly similar symptoms (fatigue, exercise intolerance, dizziness, nausea, pain, cognitive issues)  to chronic fatigue syndrome (ME/CFS) and fibromyalgia, and is often triggered with a flu-like illness. As with ME/CFS and FM, most people with POTS are female. 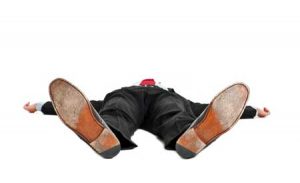 The idea that postural orthostatic tachycardia syndrome (POTS) is a heterogeneous condition is not new at all.  All types of POTS are characterized by increased heart rates upon standing but the underlying physiology differs greatly.

Exercise has been used in many studies to understand chronic fatigue syndrome (ME/CFS), but nobody until recently has used exercise to try to understand POTS.  Exercise is a particularly interesting tool in the case of POTS because exercise intolerance is often present, and because like with fibromyalgia, exercise has become a kind of go-to therapy for POTS.

In these two studies researchers at the Mayo Clinic in Rochester, New York exercised adolescent POTS and ME/CFS patients (in one of the studies)  to exhaustion while measuring their heart rates, oxygen usage, anaerobic threshold, ventilation, gas exchange, etc. The hypothesis – POTS is a heterogeneous condition that is caused in several ways.  The goal – to elucidate different subsets.

The POTS  subsets were hidden at rest. Even the tilt testing – the standard protocol used to diagnose POTS –  failed to expose them. Only under the stress of exercise did the subsets show up.

That compensatory effort – like so many compensatory efforts in the body – is not entirely successful. These patients get lots of blood flowing through their systems but still get reduced oxygen extraction at the muscles. The authors noted that the reduced oxygen extraction  could be due to metabolic issues but they believe is probably simply a blood flow problem. They characterized these patients’ muscles as starving in the land of plenty – and becoming fatigued because of it.

Unlike the hypokinetic group, these patients do not have problems with  blood volume or preload.

The Hypokinetic Group – Hypokinetic POTS  patients have the opposite problem; their low blood volume and decreased blood vessel capacity means they can’t increase their cardiac output. Instead, they tighten down their blood vessels in order to apply pressure.

In 2004 Stewart called this group of patients the “low-flow” group. Low blood volume clearly plays a major role. These patients’ low calf blood volumes, reduced venous capacitance and tightened down blood vessels left Stewart describing them as being “chronically vasoconstricted”.  The “muscle pump” that’s supposed to kick in to keep their blood from draining into their lower body when they stood isn’t working either.

This study indicates that this group of POTS patients also has reduced stroke volume (cardiac output) due to reduced preload. Reduced preload  – or the inability to fill the heart with enough blood to pump it out in normal amounts – is same problem that Systrom uncovered in his large exercise study of patients with unexplained exercise problems.

The only thing the body can do to combat a problem like this is to clamp down on the blood vessels in an attempt to build up enough pressure to get the blood to the tissues (e.g. perfusion pressure again).

These are Mayo Clinic researchers; which means they’re big on exercise and deconditioning.  Their POTS scenario begins with a physiological problem and ends in deconditioning.

One scenario suggests that a dysfunctional renin-angiotensin system impairs the sympathetic nervous systems ability to regulate blood volume – and down the blood volume goes. At this point the muscles and heart are still working fine, 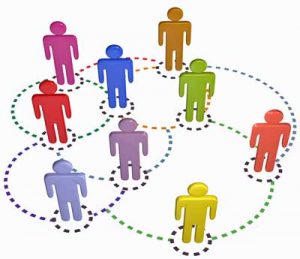 but further sympathetic nervous system problems impair the ability of the blood vessels to tighten down and apply enough pressure to shoot the blood into the exercising muscles.

The fatigue and dizziness experienced cause POTS patients to pull back. As deconditioning sets in the  muscle pump drops out and the capacitance of the veins to store blood drops. That reduces preload to the heart, which produces smaller hearts and lower cardiac outputs.

The changes seen in the adolescent ME/CFS patients – lower left ventricular mass and higher pulse –  were consistent with physical deconditioning and/or altered sympathetic-parasympathetic balance. The fact that they  did not display the increased cardiac output found in the hyperkinetic POTS patients indicated that they were fundamentally different from them.

While it’s hard to find a report which states when deconditioning begins (i.e. how much bed rest it takes) or the minimum level of activity necessary to stave it off (i.e. how many steps per day), deconditioning probably places its own special burden on many people with ME/CFS who cannot be active.

Many studies show evidence of sympathetic/parasympathetic (SNS/PNS) problems in ME/CFS and POTS, and the authors noted that the inability to reduce the heart rate to normal levels after exercise is indicative of parasympathetic nervous system failure.  In the end, though, the authors appeared to discard the SNS/PNS possibility in ME/CFS and simply stated that exercise “ought to be an effective remedy for” both POTS patients and ME/CFS. 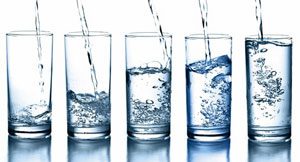 The Mayo Clinic authors stress that deconditioning adds a further stressor to many POTS patients’ lives. They don’t appear to believe that exercise can cure most POTS patients but they do present the possibility that supine exercise might fix some of the circulatory issues that hyperkinetic or high blood flow POTS patients experience. Exercising in the supine position should allow POTS patients to direct more blood to their working muscles because they’re not experiencing blood pooling in their lower body.

Ferritin – While exercise is a mainstay of many POTS patients treatment regimens, not all POTS patients can exercise. One young man failed to benefit from graded  exercise therapy until intravenous iron infusions boosted his ferritin levels significantly. Only after that happened was he able to exercise vigorously without relapsing.  Iron or ferritin levels are a relatively new addition to the equation in POTS and a Mayo clinic study is underway to assess its role.

Low flow or hypokinetic POTS patients suffering  from low circulatory capacitance, preload failure and possibly small hearts, definitely need to have their blood volume enhanced. Ways to enhance blood volume include an oral rehydration solution one can easily make at home which may rival saline solution in effectiveness.

Neuromuscular Strain Impairing Ability to Exercise? – Dr. Rowe’s finding that adolescents with ME/CFS (and surely those with FM as well) experience pain when elongating their tendons during simple movements (let alone during exercise), throws another factor into the fire.

At the IACFS/ME conference, Rowe stated that special exercises to address the stuck tendon problems allowed adolescent patients to engage in more exercise.  We’ll cover that finding in the IACFS/ME Conference treatment blog.