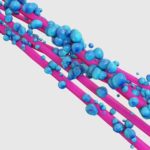 Using cutting-edge technologies new to ME/CFS, Ian Lipkin and Mady Hornig took the deepest dive yet into the gut flora of ME/CFS patients and uncovered another potential subset – their third in a row.

Find out more in a Simmaron Research Foundation sponsored blog