Global Pain, Fibromyalgia and the Insula – Ground Zero for Pain and Stimuli Issues in FM?

There are two kinds of “pain” in fibromyalgia. There’s a more ordinary kind of pain – the burning, stabbing, aching, etc. usually associated with some type of injury (even though no overt physical injuries are present in FM), and then there’s an unusual kind of stimuli induced hypersensitivity generated by such things as lights, odors, touch and temperature. 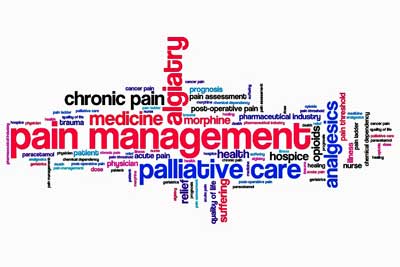 Harte, the University of Michigan author of the study, notes that these “pain plus” conditions are not uncommon at all. Stimuli sensitivity occurs in “many chronic pain” states such as rheumatoid arthritis and irritable bowel syndrome as well as other conditions such as hyperacusis (pathologically enhanced hearing), multiple chemical sensitivity (MCS) and autism.

Harte can readily explain the first kind of pain; it comes from the central nervous system. Enhanced pain signaling (central “sensitization”) in the spinal cord and brain causes non-painful stimuli (such as touch or movement) to register as painful- he’s having more difficulty explaining this second kind of pain. That’s because sensory signals like lights and odors bypass the spinal cord where the pain augmentation process in FM is believed to begin. Lights and odors go from the eyes and nose directly to the brain.

There is a central stimuli processing place in the brain, though, where all these signals merge. Called the insula, it seems to struggle with pain signals in FM as it ramps up its activity when faced with even mild signals. It’s as if it can’t figure out how to deal with them.,Over-reactive insulas have also  been found in chronic fatigue syndrome (ME/CFS).

The goal of this study was to see if the insulas of people with fibromyalgia went a little bananas when faced with sensory stimuli.   Sixty-two people (42 with FM) were given a pain stimulus (pressure-pain thumbnail test) and a visual stimuli test (flashing blue/yellow checkerboard) likely to be perceived as unpleasant by FM patients. During the visual test, 44 people were given a functional MRI (fMRI) at the same time to see which areas of their brains were being affected.

Seventeen study participants also participated in a double-blinded Lyrica trial to see how Lyrica affected brain functioning in FM. That study, whose results are not published here, found that Lyrica did indeed normalize insular functioning. 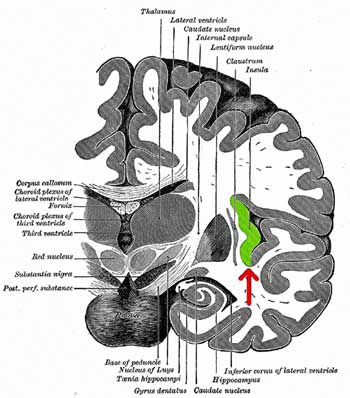 The study found that greater insular activation during both the pain and the visual stimuli test was associated with greater pain in FM; that is, those FM patients whose insula got tweaked the most by the pain/visual stimuli felt the most pain.  It underscored what people with fibromyalgia have long known – that it doesn’t involve just muscle and joint pain, but that normal stimuli such as lights, sounds, and odors can evoke unpleasant sensations and even pain.

One interesting takeaway from the study. Lyrica reduced the insula hyperactivity in response both to pain and visual stimuli. That indicates that one drug can help with both pain and stimuli issues.  The study may also explain why Lyrica is only somewhat effective in FM: the neurons in the insula that drive FM pain are a bit different from the neurons that Lyrica affects.

The researchers hope to use their protocol to identify drugs that are more effective. Because FM is a disorder characterized by poor integration of stimuli (pain signals, lights, sound, etc.), they believe that simple visual stimuli tests could be used to target drugs that effect all the kinds of pain that FM patients experience.

The insula is a “higher-order” brain organ; in fact, it’s the end of the road for sensory integration in the brain – it’s where researchers believe the brain forms a complete picture of the body.

One of the most interesting organs in the brain, the insula plays an important role in both physiology and emotion. The insula is in charge of adjusting the body’s physiology (heart rate, temperature, blood sugar, etc.) is associated with awareness and cognition and lights up in the presence of fear.   It’s also involved in determining “anticipation”; i.e., if just the thought of doing something makes you feel ill, that could be your over-active insula talking.

The insula, however, is not where the sensory problems in FM begin. An earlier study indicated that under-activation of more basic stimuli processing areas in the brain called the somatosensory cortices may lead to over-activation of the insula.

Connections: the Pain and Distress Circuit in Fibromyalgia Identified

The insula hyperactivity in FM isn’t confined to the insula either; a hyperactive connection between the insula and another area of the brain called the “Default Mode Network” (DMN) is also associated with increased pain in FM.

The study demonstrates a central problem in FM: researchers have yet to identify the core brain or other problem that lies at the heart of FM. The list of brain problems found in FM is a long one: gray matter reductions, amped up pain producing and tweaked pain reducing central nervous system pathways, altered connectivities between different parts of the brain, and hyperactivity of the insula. A recent study which found baroreflex problems suggests that problems standing (orthostatic intolerance) is probably common as well.

Unfortunately, fibromyalgia, like its sister diseases (migraine, chronic fatigue syndrome, IBS that cause pain, fatigue and other problems in millions of women (and men) but don’t kill) receives paltry funding relative to the burden of illness it imposes. (The NIH spends about a $1 a year for each person with FM.)

The study also underlies the potentially vital role fibromyalgia could but isn’t playing in chronic pain research. FM has the grace of being one of the only “pure” chronic pain conditions. Unlike rheumatoid arthritis, low back pain, or complex regional pain syndrome, researchers don’t have to account for damaged hands, back injuries or inflamed limbs when trying to understand a complex pain syndrome. At least right now, FM is largely believed to simply be a multisensory pain processing system run amok.

Because FM is “purer”, studying it should make it easier for researchers to get a clearer picture of how pain processing can go awry. That understanding would not just benefit FM patients, but virtually every other chronic pain condition. Harte noted that the study reinforced their “hypothesis that a global state of CNS sensory amplification may play a role in the pathogenesis of chronic pain disorders”. Unfortunately, with the NIH still spending pennies on FM research (it’s one of the NIH’s poorest funded diseases), that opportunity is largely being missed.