Fibromyalgia is more than a pain disease – it’s also a cognitive disease. In fact, some studies suggest the cognitive issues can present more problems than the pain. They’ve been prevalent and serious enough to spark the creation of a new term: “fibro-fog”. Unfortunately, not many cognitive FM studies have been done, but those that have been suggest that the same problems with information processing speed found in chronic fatigue syndrome (ME/CFS) exist in fibromyalgia as well. 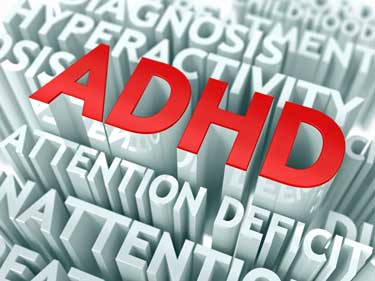 Cognitive issues are common in FM – but is ADHD present as well?

There’s some evidence that cognitive slowing in FM causes more than mental distress and may contribute to the fatigue and pain FM patients experience as well. The difficulty FM patients’ brains have in switching off their attention to innocuous background stimuli can contribute to mental and even physical fatigue. Plus, the sheer effort it takes to screen out the pain signals in FM in order to concentrate on something can contribute to fatigue. In fact, one study which found increased pain and fatigue after a cognitive task in people with FM suggests that a kind of mental post-exertional malaise exists in fibromyalgia.

Plus, poor sleep, antidepressants, anti-epileptics, and opioid pain relievers can also produce problems with concentration. In short, there’s no dearth of reasons for the cognitive problems present in fibromyalgia. Plus, a recent study found somewhat increased rates of dementia in fibromyalgia.

According to the National Institute of Mental Health (NIMH) ADHD is characterized by a difficulty staying on task and sustaining focus, feeling the need to move constantly, and increased impulsive behaviors.  People with ADHD tend to miss details, have problems organizing activities, lose things, and are easily distracted.  (That pretty much fits me to a tee…)

The reduced information processing speed found in ME/CFS and FM impairs one’s ability to take in information and can contribute to problems like ADHD or ADD (attention-deficit disorder).

Given common complaints of “racing minds”, difficulty concentrating, difficulty following conversations and the wired and tired state, ADHD seems like a natural fit for both FM and ME/CFS. In fact, several past studies have suggested that ADHD is increased in FM, and one found that 30% of children with ME/CFS met the criteria for ADHD.

Remarkably, almost 45% (44.72%) of FM patients screened positive for adult ADHD using the self-test. If that number is accurate, it represents an enormous increase in ADHD prevalence in FM relative to the general population (5.29%/ 7.1% – children/ adolescents;  3.4% – adults).  Self-report tests (FIQ-R) suggested that people who had both ADHD and FM were more functionally impaired as well.

The authors suggested that problems in the dopaminergic system may connect the two diseases. 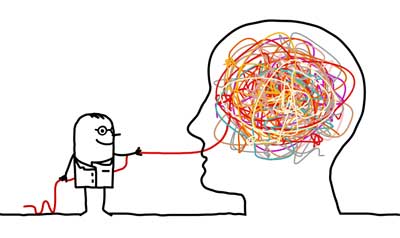 Some studies suggest the immune system is involved in ADHD.

A recent large study (n=23,645) found an increased incidence of ADHD in autoimmune diseases like Type 1 diabetes, autoimmune hepatitis, psoriasis and ankylosing spondylitis. Another study found that women with psoriasis, Crohn’s disease or ulcerative colitis had an increased risk of ADHD.

Another study found that the children of mothers with immune diseases such as multiple sclerosis, rheumatoid arthritis, asthma, hypothyroidism, and Type 1 diabetes had an increased risk of ADHD. The authors believe that autoimmune disorders in the mother caused an “exaggerated central nervous system inflammatory response” in the child.

Interestingly, given the high rate of hypothyroidism in both FM and ME/CFS, another study found that children of mothers with elevated levels of maternal thyroid peroxidase antibodies had more ADHD symptoms. The authors suggested that antibodies in the mother affected the neuronal development of their children. Some Georgetown University researchers proposed that allergic reactions could contribute to ADHD, ME/CFS and FM.

If ADHD is indeed increased in FM and/or ME/CFS, what to do about it? Since most of the approaches below have not been tested in ME/CFS or FM – two diseases with considerably more fatigue and pain than ADHD – it’s hard to tell.

The Attention Deficit Disorder Association (ADDA) asserts that cognitive behavioral therapy and other mindfulness-based practices are the most effective therapeutic approaches to ADHD. They reported that these practices can help develop “new, workable actions and skills in the present moment” and that ADHD coaching can help “improve organizational skills, time management, goal completion, and productivity.” 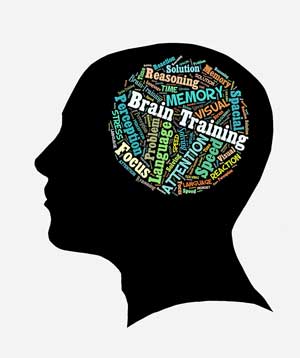 There is no cure for ADHD but studies suggest that brain training can help.

Many studies have addressed this approach.  A 2017 Mindfulness-Based Cognitive-Therapy (MBCT) program resulted in “a significant reduction of ADHD symptoms and improvements of executive functioning, self-compassion, and mental health.”  A “Cognitive-Functional (Cog-Fun) occupational therapy intervention“, designed to improve executive functioning (attention, organizational skills, etc.), reported that it had similar effects in children.  A literature review suggested that mindfulness approaches done in conjunction with stimulant medications were the most effective.

Mindfulness-Based Cognitive Therapy (MBCT) seeks to identify and alter problematic thinking patterns and use mindfulness meditation to increase focus, stop the mind from wandering so much and reduce distractibility, and regulate the emotions better. Researchers believe it does this by taking advantage of the inherent plasticity of the brain to improve the functioning of the default mode network, which plays a large role in attention. Approaches like these take work – studies indicated that the more you do them the better effects they have – but the study evidence is pretty clear that they can help (there is no cure for ADHD).

Stimulants such as Ritalin, Concerta, Adderall, Adderall XR, Vyvanse, and Focalin XR are commonly used in ADHD, and non-stimulant medications (Strattera, Intuniv, SNRI’s such as Welbutrin, etc.) can reportedly help as well.

Psychostimulants may be able, in some patients, to improve more than cognition. One case study reported that the cognitive scores as well as fatigue and pain scores improved in three patients with chronic fatigue syndrome (ME/CFS).  Another case report found that problems with focus, distractibility, hyperactivity and impulsivity, as well as pain and fatigue, improved in a person with FM taking psychostimulants. I know of one person with ME/CFS who said psychostimulants essentially solved his fatigue problems.

Back in 2002 Glenda H. Davis, MD, and Patricia Stephens, CNC, reported that ADHD medications can provide an “unlikely source of relief” by alleviating fatigue, memory fog and mood swings in FM.  They cautioned, though, against self-medicating and urged FM patients to seek out good practitioners. The most common psychostimulant, Adderall, which combines amphetamine and dextroamphetamine, can be addictive and can lead to crashes when not used properly.

While noting that psychostimulants can indeed boost energy levels, Dr. Murphree asserts that long term use – which these studies do not address –  is “a disaster for most folks, but especially so for those with fibromyalgia and or chronic fatigue syndrome (CFS/ME)”.  Stating that taking psychostimulants will stress your adrenal glands, Murphree pointed to a long list of potential side effects, and argued that, “Whipping the exhausted horse harder and harder isn’t the answer – eventually your fatigued adrenals, like the exhausted horse, will give out, no matter how hard you try to stimulate them.”

Dr. Jon Kaiser, another alternative-focused MD, might disagree. Kaiser, who has or had ME/CFS at one time (he improved using rest, pacing, micronutrient therapy, physical therapy, and an aggressive stress reduction program) believes that stimulating drugs in combination with micronutrients can help revive the mitochondrial functioning in ME/CFS patients.  Once that mitochondrial wake-up has been achieved, the drug is no longer needed.

Kaiser reported on many ME/CFS/FM patients who improved on his protocol, and ultimately produced the Synergy trial which combined Methylphenidate/Ritalin and a nutrient formula for ME/CFS patients.  Patients receiving the drug/nutrient combination reported a significant increase in functionality, but a surprisingly high placebo response rate in some patients essentially nullified the result.  (Ten to fifteen patients on the placebo responded so well as to be considered cured (!).)

Ironically, an earlier Methylphenidate trial with a much lower placebo response was considered successful despite the fact that far fewer patients benefited (@ 17%). An earlier small modafinil ME/CFS trial was not successful.

A 2010 Cochrane Review examining psychostimulant effectiveness in cancer fatigue reported that, “There is increasing evidence that psychostimulant trials provide evidence for improvement in CRF at a clinically meaningful level”.  Another 2015 Cochrane review of studies for people with very serious illnesses reported that modafinil and methylphenidate may help improve fatigue in palliative care.  (The review suggested that dexamethasone, methylprednisolone, acetylsalicylic acid, armodafinil, amantadine and L-carnitine should be studied further.) These trials do not address possible long-term effects of the drug.

More studies are needed but this study’s results – that ADHD appears to be highly prevalent in FM – suggests that we can add another comorbidity to the rather long list of disorders (ME/CFS, migraine, IBS, POTS, depression) associated with fibromyalgia.  Whether or not ADHD is clinically present, ADHD-like issues such as poor attention span and problems with organization appear to be common in both diseases. The wired but tired issues in ME/CFS/FM seem to fit ADHD well.

ADHD has been traditionally conceived as a neuropsychiatric disease based in the brain, but more recent evidence suggests that the immune system is involved as well. Various treatment approaches, some of which (stimulants) have been used in both FM and ME/CFS, exist. Both mindfulness and stimulants are effective for some ADHD patients, but no cure has been found. One ME/CFS doctor warned against the long-term use of stimulants while another used them (with micronutrients) as the basis for a treatment protocol.