The Netherlands has long been a bastion of CBT – only the U.K.’s been able to match its tenacious pursuit of the therapy.  Over the past five years, Dutch researchers have published no fewer than 20 CBT/pyschological papers. The two countries, the Netherlands and the U.K., have dominated CBT/GET research in ME/CFS for years, pouring tens of millions of dollars into it.

When a slim portion of the possible treatments for a disease gets outsized attention, that treatment gets an undue focus in the media and with doctors, and both doctors and patients miss possibilities for effective treatments.

ME/CFS advocacy makes a difference again. It was a citizen’s initiative which prompted the lower House of the Dutch Parliament to task the Dutch Health Council (DHC) with bringing it up to date on ME/CFS matters. The DHC appears to be Netherlands’ counterpart to the U.S.’s Institute of Medicine (now called the Health and Medicine Division); i.e. it’s an independent Dutch scientific advisory group the government relies on for advice on scientific matters.

The committee consisted of experts from various fields and patient representatives. Different views on ME/CFS were represented. A couple years in the making, the report was highly anticipated by the ME/CFS community there. 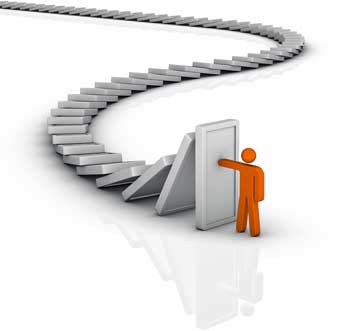 Some of the conclusions are stunning. By asserting that treatment cannot address the causes of ME/CFS and emphasizing that more research is needed, the ME/CFS Committee effectively threw its weight behind more pathophysiological research and away from behavioral research. The Committee’s assertion that “little is known with certainty about the pathogenesis of the disease” made it clear that for them research is a priority.

The Council didn’t directly hammer CBT – a majority believed it was an option while a significant minority disagreed – but the takeaway was that more research, not more CBT, is what’s needed.  The Committee made the limitations of the therapy clear when they highlighted in the executive summary the fact that 75% of ME/CFS patients in the Netherlands are highly dissatisfied with their treatments.

Stating that “Treatment(s) cannot address the causes of the disease”, the entire group – CBT proponents and opponents, surprisingly – agreed that CBT/GET was not getting at the cause of ME/CFS. 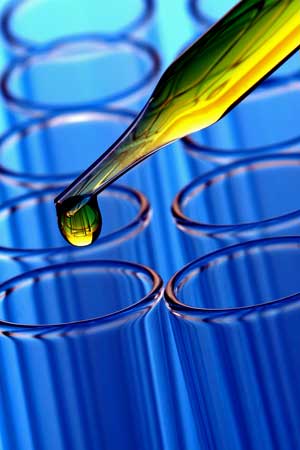 If the report’s recommendations are followed, expect more physiological research in the future.

When it came to recommendations, the theme was research.  The first sentence in the Conclusions and Recommendations section was “Scientific research on ME/CFS is needed to serve patients better”.

The Committee recommended that the Minister of Health, Welfare and Sport commission “a long-term, substantial research programme on ME/CFS“.

We get some good research out of Holland now – see a recent Dutch paper on thyroid dysfunction that is making waves – but if Dutch funders follow the Health Council’s lead (as they should), we should expect more in the future.

It became clear the Committee was on a mission to convince its readers that chronic fatigue syndrome (ME/CFS) is a “serious chronic disease” which substantially limits functioning. One recommendation was that the government institute health care provider training which “highlight(s) the serious, chronic, multisystem (nature of the) disease ME/CFS.”

The Committee also called on insurance and health care providers to recognize that “ME/CFS is a serious disease that is accompanied by substantial functional limitations”. No longer should providers be allowed to compel ME/CFS patients to undertake CBT/GET or face losing support. That directive, if implemented, could save many ME/CFS patients from getting worse on GET.

The Beginning of the End of CBT/GET?

Is this the beginning of the end of CBT/GET’s dominance? Probably not. Until federal funders support other treatment efforts, and as long as the U.K. remains committed to these therapies, they’re probably going to remain dominant in the treatment literature.

Still, it seems to be getting harder, not easier, for the CBT/GET crowd. CBT/GET has been hit by problems with the PACE trial, the lackluster performance of the FITNET Trial, and the IOM and the AHRQ reports, which came to the conclusion that more research, not more CBT/GET, is what’s needed.

Even in the best of cases, CBT/GET studies are not impressing. When the AHRQ panel included Oxford criteria studies in their analysis of CBT/GET studies – studies which almost surely contained depressed patients who would benefit from exercise and psychological therapies – they were able to provide only a mild recommendation for CBT/GET. After the Oxford Criteria studies were removed, the federal panel couldn’t provide any recommendations for CBT/GET.  Similarly, note how ineffective the remarkable attempts to puff up the PACE trial results were. Even with them the trial failed to produce an impressive result.

The UK, though, does not appear to be done with CBT/GET. It recently funded the largest randomized control CBT trial ever for adolescents (n=734) and CBT studies continue to pour out of it and the Netherlands. Producing these studies has become an industry of its own but hopefully funders are tiring of throwing tens of millions of dollars at a treatment protocol which generally produces mediocre results. Surely we know enough about what CBT/GET can and cannot do by now.

This surprising report from the U.K.’s longtime partner in the CBT/GET effort will make some in the U.K. think again. CBT is not done in the Netherlands by any means, but if funders follow the report’s recommendations, we should see much more physiological research and much less behavioral research in the future. Dutch advocates will surely be watching closely.