The news regarding opioids has been mostly bad for fibromyalgia (FM) and chronic fatigue syndrome (ME/CFS) patients. Restrictions on opioid pain killers could put these medications at risk for FM patients battling one of the most painful diseases known. Surveys suggest that opioid painkillers are more commonly used than the three FDA approved drugs for FM and may be more effective.

In a recent interview, Dr. Lapp, an ME/CFS/FM practitioner with decades of experience under his belt (now retired), expressed the frustration that he as a doctor caring for FM and ME/CFS patients has experienced at the possibility of these drugs being excluded.

Shame, shame on the critics who state that opioids should never be prescribed to persons with FM or ME/CFS.  They should suffer this kind of pain for just a day or two!   Based on little evidence, mostly in laboratory animals, they predict that opioids should not be useful in PWCs.  However, survey after survey of patients with fibropain list opioids at the top of the list as most effective for pain relief.  Why ignore the real life data?!

And why make people suffer based on theoretical data?  I agree that opioids should be avoided whenever possible, but not excluded if needed.

The CDC’s recent announcement that it may have greatly overstated overdoses caused by opioid painkillers is probably too little and too late to reign in the opioid frenzy that has gripped the medical community. 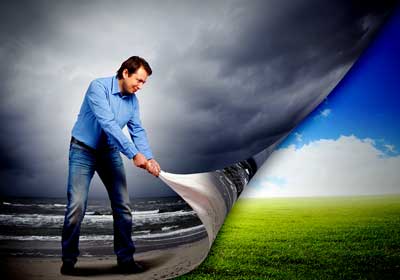 The opioid crackdown may have a silver lining – better treatments for pain.

There may be a silver lining to the opioid crackdown, though. The NIH’s announcement of its Heal Initiative (Helping to End Addiction Long-term) on April 4th promises something that fibromyalgia and ME/CFS patients greatly need – more funding for pain research. The Initiative will almost double funding on opioid misuse and pain from 600 million dollars to $1.1 billion a year.

(Rejecting the Trump administration’s attempt to cut NIH funding by 22%, Congress instead increased the NIH budget by a cool $3 billon (8.3% increase) and used part of the money to pay for the Heal Initiative.)

No studies that I know of have assessed opioid addiction rates in fibromyalgia, but given the light opioid typically used (Tramadol), my guess is that they’re not particularly high. That makes half of the HEAL Initiative, which is focused on understanding who is most vulnerable to addiction and figuring out how best to treat it, not particularly exciting.

The other half of the HEAL Initiative, however, which is devoted to developing new pain treatments, is tremendously exciting. Why it took an epidemic of opioid-related deaths – most of which are probably due to illegal drug use – to finally move the NIH to tackle the immense problem of chronic pain is unclear.

An Institute of Medicine report about ten years ago forced the NIH to recognize that it was vastly underspending on chronic pain, but this is the first major effort I know of that is specifically and strategically targeted at producing new treatments for chronic pain.

The HEAL Initiative will fund efforts in several areas that might benefit FM and ME/CFS research efforts.

The NIH will launch a longitudinal study that will identify biomarkers that help explain and predict why some people develop chronic pain after an injury or other event while others recover. Several studies have already identified brain changes that occur in the early stages of a pain event that seem to predispose some people to developing chronic pain.

This project could provide key insights into fibromyalgia. Studies indicate that FM is a common end point for people in pain: a significant subset of people with any pain condition will at some point come down with fibromyalgia.  Hopefully the NIH will put aside its decades of neglect of fibromyalgia and use this new effort to specifically examine how pain in one spot transitions into body-wide pain plus issues with sleep, fatigue, cognitive function, stimuli sensitivity, etc.  Even if it doesn’t, understanding how the transition from acute to chronic pain occurs would undoubtedly be helpful for our understanding of FM. 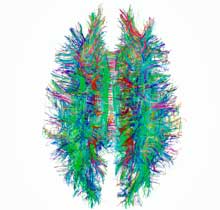 Better brain scans should tell us much more about ME/CFS and FM.

The NIH’s new focus on the brain in the HEAL Initiative and the 2013 Brain Initiative can only be helpful for FM and ME/CFS. For one, expect new scanning techniques to come on the scene which allow researchers to assess what is occurring in the brain in much finer detail.  At the same time, the SPARC program sparks new insights into how the peripheral nervous system (the system that transmits pain signals to the brain) works, and how to tweak it to reduce those signals.

The NIH will use private-public partnerships to share data and spark new insights into the development of new pain drugs. It will also be digging deep into pharma’s enormous portfolio of “potentially promising but abandoned” drug compounds that never made it to market to develop new non-addictive pain medicines.

Finally, the NIH is going to tackle an enormous problem – the complexity and expense of drug testing – by creating a new clinical trials network which will speed up the testing of compounds. The NIH asserts that this new network will allow weaker compounds to get weeded out more quickly and better compounds to move to more extensive testing more efficiently.  It states that a more “flexible clinical trials network will significantly accelerate the development of effective therapies.” If the drug testing regimen in this country needs anything, it needs more flexibility; let’s hope this new effort works and becomes a model for other kinds of drug testing.

Most Effective Treatment For Fibromyalgia Among Least Used Says Report

The DEA continues its bizarre practice of classifying cannabis as a schedule 1 substance, which, along with heroin, LSD, mescaline and ecstasy, has a high potential for abuse and no medical benefits.  The DEA asserts, rather remarkably, that marijuana has a higher potential for abuse than cocaine, methamphetamines and oxycodone – all of which, according to the Harvard Political Review (HPR), have less restrictive classifications.

Recently, the FDA opened the doors to more medical research, but cannabis’s designation as a federally outlawed substance, the HRP reports, “makes clinical trials extremely difficult, if not impossible to conduct”.  The HRP outlined the decade-long effort of a University of Mass. researcher to build a medical marijuana research facility.

President Trump stated he was “100%” behind medical marijuana” during his campaign, but his attorney general Jeff Sessions recently rescinded the Cole memo which basically told the states that the feds would back off on medical marijuana prosecutions so long as the states obeyed certain guidelines. After the DEA, in a change of pace, agreed to allow new facilities to grow cannabis for medical research (only one does so now), it received 26 applications from growers. Sessions then canceled the initiative insuring that only small quantities of cannabis will be available to researchers. Likewise, the Dept. of Veteran Affairs recently announced that it would not fund any cannabis studies to treat pain or other conditions.

This is despite the fact that polls suggest that 94% of Americans support medical marijuana legalization and 64% support outright legalization of the plant.  Meanwhile, Big Pharma – which stands to lose big time from cannabis legalization  -contributes large amounts of money to anti-cannabis campaigns.

Most cannabis research (70% of the top 50 studies) focuses on potentially negative outcomes of cannabis use, but some trials on neuropathic pain, cancer, chronic pain, low back pain, epilepsy, etc. are proceeding.

Six hundred million more dollars a year into pain and opioid research is a lot of change. Even if FM is not specifically studied, it’s hard to imagine that patients with this “quintessential pain disorder” will not at some point benefit dramatically from the insights gained.

The new techniques developed to study how the brain and peripheral nervous systems work will obviously allow FM researchers to better understand this complex disease.

A new or a couple of new classes of pain drugs that work more effectively and have fewer side effects would be a huge help. A drug doesn’t need, after all, to be created specifically for a disease for it to work effectively. Many people with FM benefit from opioids – a class of drugs which animal studies suggest should not work in FM – but which obviously does.

The Trump administration has put more barriers in the way of more cannabis research, but some clinical studies are underway.