Many people know of Bob Naviaux’s work on chronic fatigue syndrome (ME/CFS), but long before Naviaux came to ME/CFS, he was working on autism. As you read about Naviaux’s exciting new work on autism, ask yourself whether it might be applied to ME/CFS as well. Health Rising will be talking to Naviaux about that and other ME/CFS subjects in a future blog. For now, though – autism. 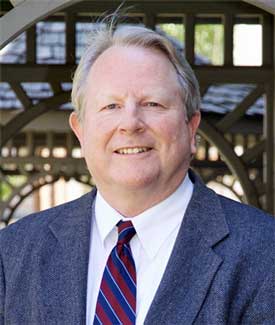 Bob Naviaux, MD, PhD hypothesizes that people with  chronic fatigue syndrome (ME/CFS) have entered into a concerted energy-conservation program similar to a biological state known as dauer.  Dauer is the German word for persistence or to endure.

Unfortunately, the low-energy program of dauer that Naviaux thinks is the cause of these diseases comes at a high price of long-term suffering and disability. The dauer-like response is triggered when the normal “cell danger response” (CDR), needed for healing after infections or injuries, is unable to lead to recovery after a serious stress or sequence of stresses.

Naviaux’s metabolomic studies suggested that autism spectrum disorder (ASD) and ME/CFS are two points on a biological continuum connected by the cell danger response (CDR). The new study in autism is the first in a series of new studies Dr. Naviaux will be launching to use metabolomics to predict the risk of ME/CFS, and other complex chronic disorders.

Naviaux discovered the cause of Alpers syndrome—the oldest Mendelian form of mitochondrial disease—and developed the first DNA test to diagnose it. He’s also contributed several new technologies that have expanded the field of metabolomics.

If true, this would be the first example of successful presymptomatic diagnosis of autism in a general population study. Bob  Naviaux

Naviaux is now embarking on an exciting effort that will attempt to identify children at risk of developing autism before it’s happened.  The study will have two phases.

In the first phase, he will recruit about 200 families living in California, half who have a child with autism, and half with a typically developing child from 3-6 years old. After answering some basic questions, he will ask the parents’ permission to retrieve the heel stick blood spot results collected by California when their child was born.

This study was made possible by the fact that many of the tests (50 of the 60) tests routinely performed for newborns in California trace to mitochondrial functions.  Since the CDR is fundamentally regulated by mitochondria, Naviaux will attempt to use the newborn data to construct an algorithm that he hopes will enable him to determine what risk a child has of developing a future diagnosis of ASD. 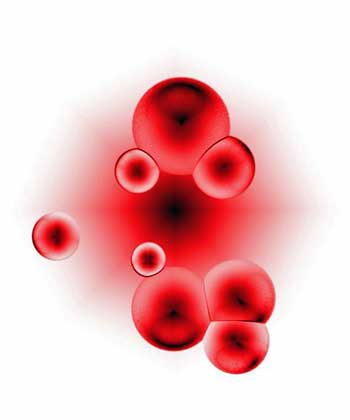 Naviaux will use newborn blood to determine if he can predict which children will come down with autism.

Phase two of the study will take Naviaux back to the state archives where he will ask for a physical punch of the dried blood spot (DBS) collected at birth.  Using the dried blood spot, he will then use methods that his lab has developed to measure over 500 metabolites, and up to 200 different toxins commonly found in the environment and food chain in California.  Dr. Naviaux expects that the expanded analysis will allow even more accurate prediction of autism risk before the first symptoms occur.

If successful, the implications of this study are enormous. Being able to single out which children are more likely to become autistic –  either through mitochondrial testing or metabolomics – would allow researchers to follow them and observe the changes that lead to autism and hopefully block them at some point. Determining which toxins increase the risk of autism could enable parents whose children are at risk to avoid them.

The Autism study requires that the child:

If you would like to be part of Dr. Naviaux’s Newborn Screening-Autism Risk study, and you have a child 3-6 years old who was born in California, please contact the study coordinator:

Bob was kind enough to answer some questions.

Why do you believe that the metabolic abnormalities which you’ve found characterize autism may occur well before the child has become autistic? 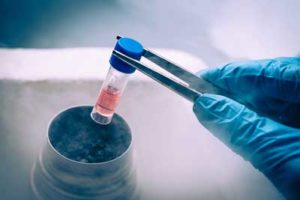 Naviaux believes metabolomics has a better chance of explaining autism (and ME/CFS) than immune studies.

Real-time metabolism is the result of genes interacting with the environment.  In other words, the G x E interaction = metabolism.  Our studies are showing that ASD is a treatable metabolic disorder in some children.  The hallmarks of the CDR can be measured by metabolic tests.  We believe that children at risk for ASD get stuck in one of the stages of the CDR. Once stuck, the trajectory of child development is changed.

It is possible that genetic and environmental factors that affect each child before and after conception will be measureable in the dried blood spots taken for routine screening at birth and help to predict the risk of ASD before the first symptoms appear.  If true, this would be the first example of successful presymptomatic diagnosis of autism in a general population study.

Have similar attempts been made to find autistic risk factors before or after birth?

Yes.  There is an extensive literature on early diagnosis of autism on the basis of behavioral symptoms in the first 12-18 months of life.  There are also some published efforts to use cytokines that are detectable in newborn dried blood spots to see if differences can be seen.  Although some differences in cytokines were seen, the nature and magnitude of the differences was not great enough to use for presymptomatic diagnosis or the prediction of a future risk of autism.

You’ve remarked, if I remember correctly, that you don’t believe there’s a lot of cheese down the genetic testing tunnel. The more genes researchers look for, the more they find – making an easy genetic solution impossible. If the main answer doesn’t lie in a child’s genes, what event or process do you believe begins to trigger the metabolic shift in fetuses or very young children that eventually results in autism?

We now know of over 1,200 genes that each confer risk and resilience to autism.  There are also about 50 genes and chromosomal copy number variants (CNVs) that are strong genetic factors that increase the risk 5-50 times above the background population risk of about 1 in 68 births.  However, there is not even one gene or CNV that causes autism in 100% of the children who carry that gene.  In addition, no single gene is found in more than 2% of children with ASD, and all the genes combined do not allow a strong prediction of risk in more than about 10% of children.  This means that after 10 years of exhaustive genetic analysis, ASD is mostly a disorder caused by complex gene-environment interactions. Like most complex chronic disorders, autism is an “ecogenetic” disorder.

The current best systems biology tool we have today to measure gene-environment interactions is metabolomics.  Epidemiologic studies have shown that many factors contribute to the risk of ASD.  These range from fever or diabetes during pregnancy, to pesticides, flame retardants, plasticizers, folate abnormalities, vitamin D deficiencies, heavy metal exposure, traffic air pollution, to many other early life stresses.

The point about the CDR is that many different stressors can cause the same cell danger response.  The CDR itself is normal.  When it fails to resolve, healing is incomplete, child development is altered, and chronic illness results.

You had a good result from the pilot Suramin trial in autism.  What’s going on with a larger trial?

On TACA’s Suranim Trial Update page, Naviaux reported that the pathway to FDA approval has been delayed and sped up at the same time. The next trial will involve around 50 children and take several months. It will probably begin early 2019.

“I am very happy to share that a biotech company, backed by very reputable investors with a proven track record, has agreed to make suramin and fund the next autism trials.

Unfortunately, Bayer decided not to provide suramin for the proposed clinical trials in autism. So, the biotech company that will be funding the trials has agreed to manufacture suramin. They will also collect all the data that the FDA needs in order to approve the drug for use in autism.

It will take about a year for suramin to be available from this biotech company. Even factoring in the year that it will take for suramin to be ready, we expect that this will be a much faster and smoother path to FDA approval than attempting to fund each step through charitable donations.

The company will make a public announcement when suramin is available for the next clinical trials. (Per the legal agreement that the Naviaux Lab has with this company, their name cannot be disclosed until then.) The suramin autism treatment 2 (SAT2) trials will start as soon as suramin is available.

We are hopeful that the new supplier of suramin will, in the long run, offer a simpler path forward and fewer potential delays in testing. If future clinical trials show that suramin is safe and effective in treating autism, then the FDA will have all the data they need to make a decision on approval in a shorter period of time than before. Ultimately, this means that the drug can become available for patients with autism or ME/CFS faster than was possible before.

We appreciate your support on the long road we traveled trying to raise funds for this trial. We are very grateful for all your donations, which have helped support the lab while this important agreement was being worked out.”

Find out more about the upcoming trial in TACA’s Surinam Trial Update page.