Sometimes the third time is the charm. Ron Davis has gotten (and been turned down for) many NIH grants but even he was shocked by the response to his first couple of attempts to get an NIH grant for chronic fatigue syndrome (ME/CFS). 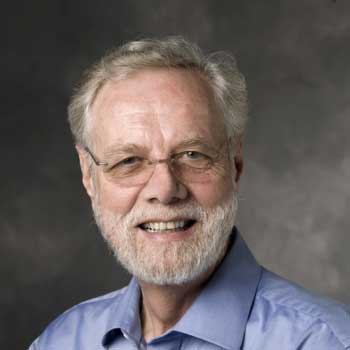 Ron Davis and the Open Medicine Foundation have come a long way in three years.

This time, though, the NIH came through. Davis’s first try at a NINDS review panel was rejected by reviewers who refused to even assess the grant. His second try for an NIH ME/CFS research center was met with such a weird response that he went before an NIH committee to protest. His third try, the first apparently through the grant review panel for ME/CFS (Special Emphasis Panel [ZRG1-CFS-M (80)S]), thankfully, met with success.

The big multi-year, multi-million dollar RO1 grant to the Stanford Genome Center titled “Molecular and Single Cell Immunology of ME/CFS” lasts for five years and pays out a cool $745,000 this year.

Remarkably, Davis, at 76, was the first and is still the only ME/CFS research center grant applicant to flip his big, NIH Center’s grant application into a smaller – but still quite hefty – grant application since the Research Centers were announced in the fall of last year.

This was a grant application, in truth, that one would have expected to succeed. It ticked all the boxes; it features cutting-edge technologies featuring two highly respected researchers from a top academic institution. It’s the kind of application the NIH has said it’s wanted from ME/CFS researchers for years.

A rejection would have raised a big red flag about bias, but this time the grant review panel came through giving Davis’s application extremely high scores and the NIAID funded it.

The grant combines Stanford immunologist Mark Davis’s work on T-cells with Ron Davis’s work on HLA genes.  Mark Davis is a T-cell expert – he’s spent 35 years studying these prime movers of the immune system. T-cell and B-cells are the big guns of the adaptive immune response which swoop in later in an infection to clear it out. T-cells are unique in their refined approach to pathogens; while other immune cells react to whole antigens, T-cells need only a fragment of an antigen to respond. Their job is a staggeringly complex one; to produce literally billions of potential binding sites that are able to capture small bits of pathogenic proteins and then lift them to the surface of the cell so that the immune system can respond to them. 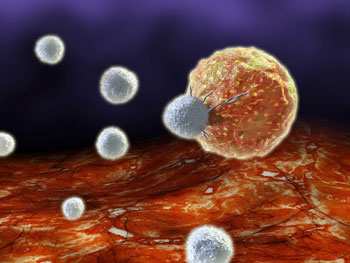 With two T-cells researchers, Mark Davis and Derya Unutmaz,finding abnormalities, T-cells have become an area of focus in ME/CFS.

Once a pathogen is found, T-cells create specially designed copies (clones) of themselves that swarm through the body targeting infected cells or the actual pathogen itself. As Mark Davis explains in the video below, that process is occurring in ME/CFS; ME/CFS patients’ T-cells are busily churning out identical copies of themselves; they’ve responded to something with a fury.

The best candidate is a pathogen – a virus, bacteria, fungus, etc. – which may be gone, but which has ticked off an overactive immune response that is now attacking the body, producing an autoimmune disease.

In this study, Mark Davis will look at an array of T-cells to determine the breadth and extent of the T-cell activation in ME/CFS. He’ll pair that with new technology developed by Ron Davis which gives researchers a better handle on the genes used to capture those pathogenic antigens. They’re found in the most mysterious part of our genome in the HLA locus.

Because the HLA genes also help the immune system differentiate “self” from “non-self” cells, they also play a major role in autoimmunity. Studies indicate that people with certain HLA types are more at risk for autoimmune diseases such as type I diabetes, lupus, myasthenia gravis, Sjögren’s syndrome, narcolepsy, and others. This study will assess the HLA locus of a large number of ME/CFS patients.

Finally, the study will use new techniques developed at Stanford to try and determine what those activated T cells in ME/CFS are targeting.

By the time the study is done, we could know if ME/CFS is an autoimmune disease or is caused by a pathogen (or both!); plus, we could know what specifically has tweaked our immune systems. Plus, Ron Davis, in a section of the grant, and which shows his predilection for long-term thinking, envisions the study as the opportunity to build a new (and precise) molecular framework for understanding, diagnosing and treating ME/CFS.

“This project will build a precise framework for ME/CFS as a molecular and immunological disease, opening up broad new possibilities for research, diagnosis, and treatment.”

Davis is all about getting at the molecular nature – the very basic building blocks – of ME/CFS – a pursuit he believes will illuminate other diseases.

“Moreover, the similarity of ME/CFS to other medically challenging diseases like Lyme disease, multiple sclerosis, Gulf War Illness, fibromyalgia, and more means that the insights derived here could be relevant to many millions of patients.”

Mark Davis on his T-Cell Research in ME/CFS

Ron Davis  Speaking From His Lab on the New NIH Grant

The Stanford ME/CFS Collaborative Research Center is a research center in the best sense of the word. From the Severe ME/CFS study, to the nanoneedle work, to the big omics study in Mike Snyder’s Stanford lab, to Robert Phair’s metabolic trap hypothesis, the red blood cell deformation studies, Mark Davis’s five year exploration of T-cells, and Ron Tompkins’s muscle cell work, the OMF is now funding a staggering amount of research.

Three years ago, I was at a fundraiser Ron Davis held at his house trying to raise some money for ME/CFS. The future did not look promising. Persistence, however, has paid off and three years later he, Linda Tannenbaum and their ever increasing cohort of workers and volunteers are on a research roll the likes of which we have never seen before.