For the first time ever in ME/CFS Ian Lipkin merged a gut microbiome and a metabolomics study together and came up with some surprising results. 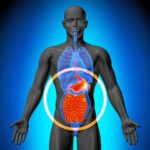 For one the differences in the gut microbiome were more profound than in the metabolome. For another the study suggested that not only did ME/CFS plus IBS patients have radically different gut bacteria from the ME/CFS only patients but that they may have energy and metabolism problems all their own.

Finally, Lipkin reported that his Columbia lab and Derya Unutmaz’s Jackson Labs are merging their strengths to work on a new ME/CFS study. That’s the kind of collaboration we need more of.

Find out more in this Simmaron Research Foundation sponsored blog: