It’s a bold idea. Get people with chronic fatigue syndrome to contribute their 23andME or Ancestry.com data and the researchers will do the rest. Nancy Klimas’s project at the Institute for Neuroimmune Medicine at Nova Southeastern University ultimately aims to analyze the genetic data of 10,000 ME/CFS patients in order get at the genetic issues that virtually everyone believes are part of chronic fatigue syndrome (ME/CFS). 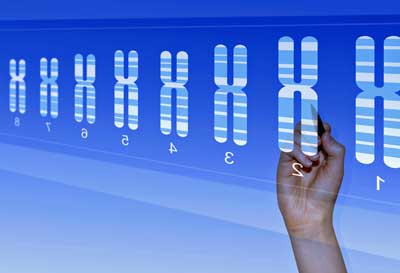 The ME/CFS Genetic Database Study has already uncovered one genetic weakness in ME/CFS. With your help, it will uncover more.

A genetic weakness almost surely provided the flint that helped light the fire which plunged so many people into ME/CFS when an infection or some other biological insult occurred.  There’s hard evidence that this is true. A 2011 ME/CFS University of Utah study (featuring Lucinda Bateman) concluded there was “strong support for a heritable contribution to predisposition to Chronic Fatigue Syndrome“. That study found elevated risks for ME/CFS even among third-degree relatives; i.e. great grandparents and second cousins (!). Since only 1/8th of our genetic material is shared with these relatives, finding that ME/CFS was showing up even in them suggests a strong genetic component is present – it simply needs to be found.

That’s what “The Great Chronic Fatigue Syndrome Community Gene Project” (my name for it) otherwise known as the “ME/CFS Genetic Database Study” from Nancy Klimas’s group at Nova Southeastern University is attempting to do.  The beauty of the study is that it’s a community sourced project – you provide the data – they analyze the results.

First you get your genetic results – you get to find out (if you want to :)) some of your genetic weaknesses – and have a resource you’ll be able to mine for years.  As the science proceeds and different genetic issues in ME/CFS and FM become known, you’ll be able to assess whether you have them and if there’s anything you can do about them. It’s a two-for-one deal; your genetic data gets to benefit you and contribute to the end of ME/CFS.

Take the MTHFR gene that regulates folate metabolism, DNA/RNA synthesis and repair, and brain functioning. Because MTHFR mutations can cause similar symptoms (fatigue, irritability, brain fog, anxiety, sleep issues, pain) to ME/CFS/FM patients, it’s been suspected to cause problems in ME/CFS for years. Unfortunately, there’s been no hard evidence of this is so.

It’s taken just 450 people, however, enrolling in the “Great ME/CFS Community Gene Project :)”, aka The ME/CFS Genetic Database Study, for it to produce its first result. The study has found evidence for a high prevalence of a heritable defect in the methylfolate (MTHFR) gene in ME/CFS.

That’s pretty big news.  We suspect, after all, that metabolic problems are present in ME/CFS and now we have evidence of a problem with folate metabolism. If you have this problem, and you’re not taking the right kind of folate, you’re out of luck. Plus, folate metabolism also affects the blood vessels and methylation. We suspect blood vessel problems are present, and epigenetic studies suggest low levels of methylation (hypomethylation) run rampant in chronic fatigue syndrome (ME/CFS).

Christopher Lattimore, the leader of the study, has found a high enough prevalence of people with ME/CFS with MTHFR mutations to start a study. People in the study will take a prescribed supplement for three months and report back on their symptoms.

This is just the beginning.  So far, 450 people have provided their genetic data for the project. (The project wants 10,000 genetic signatures.) If it took just 450 people to uncover an MTHFR defect, imagine what we could find with 1,000 genetic samples or 5,000 or 10,000. My guess is that 10,000 people in the U.S. with ME/CFS have already gotten their genetic analysis done – we just need to find them.

You don’t need a doctor’s prescription to get your DNA data. Simply enroll in 23andME or Ancestry.com and then download your genetic data to the study’s safe, encrypted database. (23andME provides two data plans. With the exception of the sex chromosome data in the more expensive plan, Ancestry.com provides the same data to Dr. Klimas). Not only will you contribute to helping solve this disease but you’ll probably also find out some interesting and possibly useful stuff about your genes. I regularly get updates from 23andME about potential new insights into my genes. 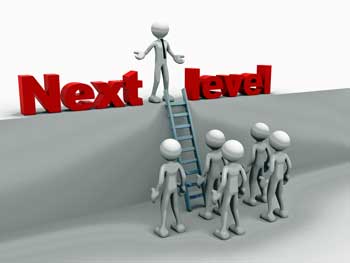 Have ME/CFS become the first disease to uncover its own genetic roots.

When you don’t get the big bucks, you have to find other ways to get the work done. Kudos to Dr. Klimas and her team for finding an innovative new way to get research done. This is the first crowd-sourcing effort the team knows of that’s attempting to understand the genetic roots of a disease.

It’s a great opportunity to make the NIH and other institutions sit up and get who we really are.  We’re not malingerers. We’re not complainers.  We’re not just mad. We’re smart, effective people who are so committed to the end of this illness that we’re taking matters into our hands. How many disease communities can say that?

Let’s blow up their conceptions of ME/CFS and make ME/CFS the first disease community to uncover its own genetic roots. Maybe that will get them to move.

Participation for this study requires: a computer with an internet account and an email account. If you qualify for the study and agree to participate, you will provide us with your raw genetic data to compile in a one of a kind, ME/CFS Genetic Database.

In addition to providing us with your genetic data, participants will complete online surveys at your own pace. As all communication is done via a secure email server, NO  travel is necessary and participation can be done in the comfort of your home!

Please visit the link to the official study website to find all the information you may need:  If you are interested in participating or have any questions, send an email to MECFSGenes@nova.edu.

(Not Associated with the ME/CFS Gene Data Project)