Catching ME/CFS in the Act: The Collaborative on Fatigue Following Infection

The post-infectious fatigue studies – those which follow healthy people as they come down with an infection and then develop ME/CFS – present the possibility of catching the disease in its tracks as it begins to wreak it’s havoc. Expensive and difficult to produce their potential is nevertheless huge. 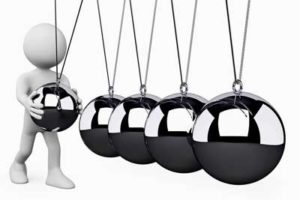 COFFI, The Collaborative on Fatigue Following Infection, which aims to bring all the post-infective fatigue studies – biological and biopsychosocial – together, presents an opportunity and a possible danger.

A clear “winner” in the biological-psychological battle to explain ME/CFS is emerging but an analysis of a recent set of studies also strikes a cautionary note: it demonstrates how poorly done biological studies can have the opposite effect.

Find out more in the Simmaron Research Foundation sponsored blog:

Catching ME/CFS in the Act: The Collaborative on Fatigue Following Infection (COFFI)