With its regular news updates, information on drugs and diseases, quizzes, conference overviews, and educational courses, Medscape, which just turned 20 years old, strives to be a kind of one-stop shop for medical professionals (and consumers). It appears to be succeeding. 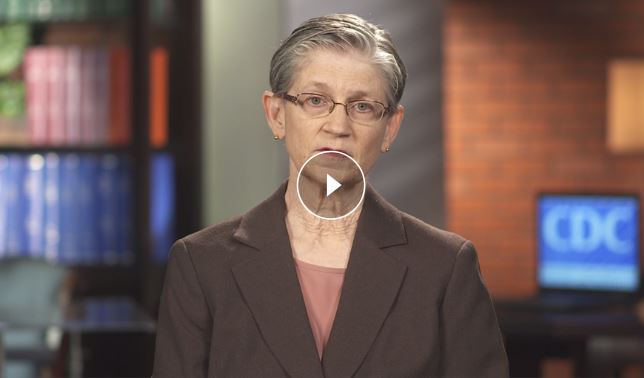 Dr. Unger chose Medscape to get the word out on ME/CFS for a good reason. Not only will her message get out to more doctors but the medical website has had a surprisingly enlightened approach to ME/CFS.

Producing dozens of news stories a day, it is, according to SimilarWeb, the #2 ranked health and medicine website.

Easily the largest provider of continuing medical education credits (CME’s) globally, Medscape is, with its active user base of 725,000 MD’s and 1,700,000 nurses, the place to go for healthcare providers to get their CME credits.  Its CME courses are accredited by three separate accrediting organizations.

Medscape doesn’t just sit back and let doctors come to them. It uses sophisticated algorithms and targeted emails, search engine optimization, and other features to get its articles and courses before as many applicable health care professionals as possible.

Given all that, it’s no wonder the CDC went to Medscape to get its video and CME course on ME/CFS produced and distributed to the widest audience possible.

The CDC Video and CME Course

Dr. Unger’s video introduction to ME/CFS “Chronic Fatigue Syndrome: It’s Real and We Can Do Better” hits the right notes.  (You have to register for Medscape to see it.)

It starts off by providing Dr. Unger’s bona fides – she’s Chief of the CDC’s Chronic Viral Diseases Branch (CVDB) of the Division of High-Consequence Pathogens and Pathology (DHCPP).  Striving for clarity, Unger delivers a sober, fact-based overview of the disease that emphasizes its seriousness and biological underpinnings, and ends by telling doctors that they can do better.

An estimated 836,000 to 2.5 million Americans suffer from ME/CFS, a serious, long-term illness that can severely impair the ability of those affected to live normal lives. But the majority of those affected are not diagnosed, and many struggle with symptoms for years before receiving a diagnosis.

The absence of a definitive diagnostic test contributes to this problem. In addition, most medical schools in the United States do not include ME/CFS in their physician training. Less than one third of medical school curricula and less than half of medical textbooks in the United States address ME/CFS, so many healthcare providers need more information about this condition.

ME/CFS is a biological illness, not a psychological disorder. Patients with ME/CFS are neither malingering nor seeking secondary gain.

The CDC’s CME course on diagnosing and managing ME/CFS, led by Dr. Bateman and featuring Dr. Klimas, Dr. Montoya and Dr. Reza, debuted this February on Medscape.  Stephen Murphy, a Director of Public Health Solutions for WebMD (which now owns Medscape), didn’t have exact figures, but thought it has probably been seen by 4,000-5,000 MD’s and nurses thus far. The fact that it’s sponsored by the leading public health agency in the U.S. – the CDC – will, he thinks, undoubtedly help boost its viewership.

Murphy, who seems well versed in ME/CFS, reported that he had a personal experience with it – a relative in the U.K. was diagnosed with M.E. – and he understands the urgent need for better informed physicians. Cutting through the controversy, he says that Medscape’s job is simply to make the medical science around the disease available to as many people as possible.

A More Enlightened Approach to ME/CFS

Enlightened major medical websites aren’t par for the course for ME/CFS, but if we’re going to have one good medical website, it might as well be Medscape. While other medical websites sometimes seem stuck in the dark ages at times, Medscape, the number one physician portal, is definitely ahead of the curve.

Medscape did include the recent Reuters article – which asserted that hostile ME/CFS patients were driving CBT/GET researchers out of the field – on its website, but in general, its ME/CFS pieces have been excellent. They have included:

Dr. Unger’s video, the new CME course and most of Medscape’s offerings on ME/CFS have been helpful indeed. Given Medscape’s prominence in the medical field and its ability to target doctors and nurses, the fact that it’s offering up good information about ME/CFS is good news indeed.