The National Institutes of Health (NIH), with its pitiful funding, has been a thorn in the ME/CFS community’s side for decades. For decades advocates have thrown everything they could – heartbreaking stories, demonstrations, insults – at the NIH in vain.  Even the much acclaimed 2015 re-invigoration of ME/CFS research simply returned the NIH’s financial commitment to ME/CFS to around what it had been ten years earlier.

How ironic, then, to find possibly the most potentially effective opportunity for change in years to come from within the agency. This effort – a report on the need for an ME/CFS research strategy – was initiated by National Institute of Neurological Disorders and Stroke (NINDS) Director Walter Koroshetz and NINDS liaison  to ME/CFS Vicky Whittemore. (Whittemore also runs the Trans-NIH Working Group for ME/CFS which facilitates ME/CFS activities at the NIH.)

It generated little fanfare in the patient community, and the recent vote to approve the report got little notice. Time will tell, but it’s possible that vote has begun a process which will ultimately result in sweeping changes for ME/CFS at the NIH.

One year to the day of the Report’s initiation, Stephen Roberds, the Chair of the ME/CFS Working Group and an NANDSC Council member, stepped up before the National Advisory Council (NANDSC), the Council through which all NINDS grants, initiatives and projects must pass. Before becoming the group’s chair, Roberds knew nothing about chronic fatigue syndrome (ME/CFS), but a year working on the report has convinced him it is a serious and neglected disease. 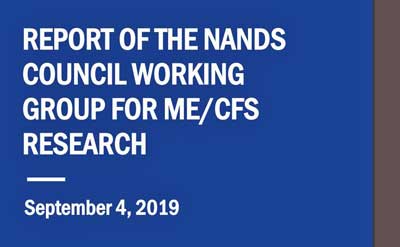 The report was put together by 15 people, most of whom are ME/CFS experts. One of the members, Sadie Whittaker from Solve ME, called working on the report one of her best experiences in government. The members, she reported, worked efficiently and enthusiastically on it.

Roberds emphasized that if any disease called out for a strategic, organized approach, ME/CFS did. After almost 40 years of pitiful funding, no major pathological pathways had been agreed on and basic questions remained unanswered. The inability of the research world to provide even basic answers to the disease was in itself holding the disease back – as it left researchers without a clear path.

Despite the fact that ME/CFS affects at least a million people in the U.S., a startlingly high percentage (25%) of whom are home or bedbound, Roberds said he knew of many rare diseases which were getting more funding. When funding was being provided, most of it went to the same cadre of researchers – indicating a dire need to bring more new blood in.

By the time Roberds was done, he had really got the attention of some people on the council. Vicky Whittemore, the NINDS liaison to ME/CFS and leader of the Trans-NIH Working Group, said several of the NANDSC Council members told her afterwards they had no idea ME/CFS was so underfunded, that so little research had been done, and that such big needs were present. 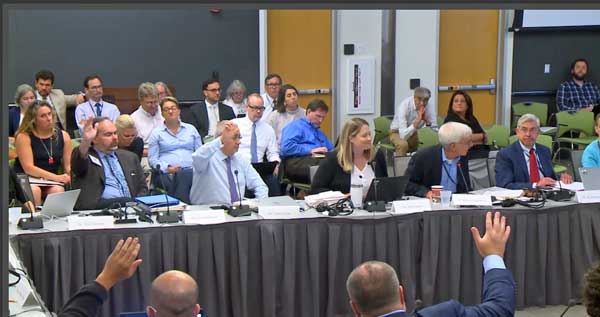 Will this turn out to be a pivotal moment for ME/CFS?

The vote – a unanimous one – to approve the “Report of the NANDS Council Working Group for ME/CFS Research” passed with little fanfare. Vicky Whittemore in the back of the room – who had worked on it for a year – was mostly expressionless. (She said she was jumping up and down inside.)

It seemed almost anticlimactic. We’d heard little regarding the vote beforehand and no money was committed, but it’s possible something fundamental at the NIH has changed. I asked Vicky if the vote might be a pivotal moment for ME/CFS. She thinks it is.

I do too. Advocacy organizations and program staff members at the NIH have been asking for more money for decades – and it hasn’t gotten us very far – probably for one very basic reason. Neither outside groups nor the program staff at the NIH had the oomph to really move things forward.

This report very well might. Two other NIH-initiated reports (IOM/P2P), after all, got us three research centers and a big intramural NIH study. Now we have another NIH-initiated, vetted and approved report to use – a report which Vicky said gives her and the NIH something solid to act upon.

Producing reports is, after all, how things generally get done at the NIH. The NIH brings experts together to produce a report which recommends actions, and then it acts. ME/CFS needs that NIH-initiated stamp of legitimacy to move forward, and now it has it.

An NIH-produced strategic plan to move ME/CFS forward is what comes next. The big asks – for more funding, etc. – will come out of that plan.

Vicky said she and Dr. Koroshetz knew where they wanted to get to; the goal was figuring out how to get there. The process they used appears to be somewhat similar to what Emily Taylor and Solve ME are using with Congress and the NIH. Basically, it requires taking the necessary steps to build agreement within the system and THEN making the big ask. Both recognize the complex institutional barriers facing ME/CFS and are working on long-term plans to move ME/CFS forward. 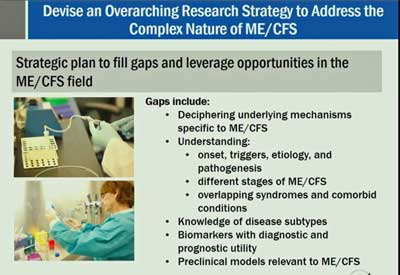 Getting Congress to lean on the NIH, for instance, something it is generally reluctant to do, requires building support first to the point where a bigger ask can legitimately be made, and that requires taking a bunch of intermediate steps first.

Similarly, Koroshetz and Whittemore hit on a two-step plan to produce a strategy that hopefully will ultimately open the way up for more funding. The  approval of the NANDSC report got NINDS to agree to the production of a strategic research plan for ME/CFS.

Among other things, by approving the report, the NANDSC Council agreed that:

All these things have been said before in spades by advocates and ME/CFS organizations, but the difference is that this time it’s the NIH saying that – and while it doesn’t immediately provide more funding, it certainly opens the door to that. The Council approval laid the foundation for a more powerful and difficult-to-ignore request from within the NH for more resources for ME/CFS. 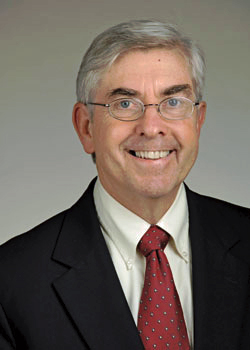 The approval of the report will give Vicky, the Trans-NIH ME/CFS Working Group and their partners (us) access to a bevy of resources they didn’t have access to before. NINDS (and each of the other Institutes) actually, believe it or not, have an Office (“The NINDS Office of Science Policy & Planning”) that’s devoted entirely to science policy and planning and which helps with developing strategic plans. (They will use that Institute’s resources to develop their strategic plan.)

Vicky emphasized that she didn’t want the community to view this as just another report – as a way to kick the can down the road. Quite the opposite: this is actually an actionable report – a report that demands action – not a report that puts action off. She’s already begun the preliminary steps to put the report into action, and the Trans-NIH Working Group will meet at the end of Sept. to further that process.

The fact that the Director of NINDS (Walter Koroshetz, along with Vicky Whittemore) initiated the report and is fully behind it is important. Koroshetz will now pass the report on to Directors of the other NIH Institutes. It’s different when a Director passes a report to another Director – than when, say, Vicky does. She noted that Koroshetz – the Director of a huge Institute – has been incredibly supportive throughout. Vicky also noted that Francis Collins was aware of the Report and will be sent a copy.

The NANDS ME/CFS report was done by a working group of the NINDS Council and sought input from the community through an RFI, but Vicky emphasized that the ongoing planning process will be inclusive and transparent, and it will include and require substantial involvement from the community for its success.

She related how important a comprehensive survey the Tuberous Sclerosis Alliance developed, as part of its research strategic plan, turned out to be. It turned out that the tuberous sclerosis community reported that the behavioral, cognitive and learning disabilities that come with the disease were the most devastating for them – not the seizures. That finding altered their research strategy.

The Trans-NIH ME/CFS Working Group will discuss the structure of the planning process, but it is likely to include a variety of working groups, workshops, reports, etc. which will produce the final strategic plan to move ME/CFS forward. The first decisions will include deciding what they can do quickly, what will take longer, etc.

Some of the upcoming steps may include: 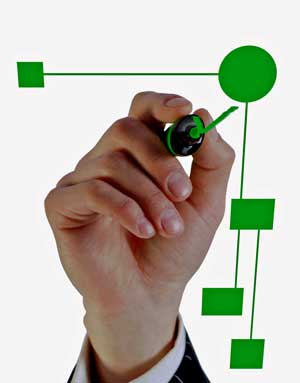 Next up – a strategic plan to move ME/CFS forward at the NIH.

While the approval of the ME/CFS report provides no new funding for ME/CFS, it may very well provide the necessary next step for a major increase in funding. That next step is an NIH-produced strategic plan which clearly states the process the NIH should take to fill the numerous needs in this field.  NANDSC’s approval of the report legitimized the many needs facing ME/CFS and gave Vicky Whittemore and the Trans-NIH Working Group access to the resources at the NIH needed to produce the strategic plan.

Producing the strategic plan will probably take many forms including such things as workshops, reports, and surveys and will require substantial input from the ME/CFS research, clinical, advocacy and patient communities. Will we look back and find this vote a pivotal moment in ME/CFS history? Time will tell.