The similarities are striking: the symptoms, the shoddy research funding, the poor treatment from doctors, the gender imbalance and the stigma both still face. Both diseases still really exist on the fringes of medicine and medical research. 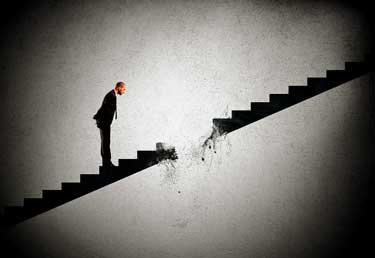 The gap between ME/CFS and FM in terms of research funding, activity and energy is widening

Yet one disease is moving forward rapidly and the other is not – and it’s probably not the one you think.

In almost every way, FM appears to have a leg up. With its much higher prevalence, it clearly has more financial and social resources potentially available to it. It has the attention of the drug companies, which have produced several phase II or III drug trials over the past couple of years. Plus, it’s embedded within a field (pain) that’s getting a lot more attention.

When it comes to numbers, there’s no contest: fibromyalgia affects ten million people in the U.S. and has a massive Facebook presence, while ME/CFS affects about a million and isn’t close on Facebook.

Compare that to the one million people in the U.S. with chronic fatigue syndrome (ME/CFS).

Yet the divide between the two diseases is growing – and not on the FM side. There’s no question that ME/CFS, formerly known as the “yuppie” disease, with its rep for having a difficult-to-deal-with community, is pulling away. It’s making strides at the federal level, in the research arena, in advocacy – even in the media. While ME/CFS is far behind the 8-ball with regards to treatment, there’s an energy, and commitment to improve its lot, that doesn’t seem to be present in FM.

Plus, while ME/CFS research is trending in the right direction – towards more pathophysiology – FM research appears to be going in the opposite direction, towards a more behavioral/psychological interpretation of the disease.

In an article titled “Fibromyalgia Researchers, It’s Time to Stop Watching the Flowers Grow!”, Donna Gregory Burch recently reacted with understandable dismay to a study assessing the effects of a “flower design” course on the pain in fibromyalgia. Mind/body interventions can be helpful with chronic pain, but when researchers can get funding for a study on the effects of flowering arranging on FM something has gone very wrong, indeed. Donna ended:

She is so right. The HEAL Initiative is pouring hundreds of millions of dollars into understanding and developing new treatment options for chronic pain, yet there’s no evidence any of its funding is going to fibromyalgia – which has been described as the quintessential pain disorder.

The recent Quest newsletter produced by the National ME/FM Action Network in Canada noted that a new emphasis on pain research there has largely bypassed FM as well. Since, of all the pain diseases, the pain found in FM is not associated with an injury to a specific tissue, the disease provides a superb opportunity to observe pain sensitization in its purest form; yet it doesn’t appear to be happening.

Research isn’t the only area FM has lost ground. A look at activities on every level (research, federal, advocacy, treatment) reveals a large disparity between ME/CFS and FM-initiated efforts.

It hasn’t been easy and for many years one wondered if the work to get the feds involved made any difference at all, but things have started to change for ME/CFS at the federal level. Structural components (particularly CFSAC) were laid down early in the disease which ended up making a major difference (via the production of the IOM/P2P reports). Over time, the ME/CFS community has produced:

Small but vital independent research efforts have at times made a major difference. The focus on exercise may not have existed without Solve ME’s backing of Workwell Foundation. Similarly, Jarred Younger’s big NIH grants were seeded by pilot studies. Over the past year, the Open Medicine Foundation has opened two new ME/CFS research centers at Harvard and in Sweden.

Not being as immersed in the FM field I may have missed some effort.

Rather alarmingly, a look at recent FM research citations suggests, as Donna proposed, that the trend overall in the FM research field is towards more and more mind/body research and less pathophysiology.

The last 20 fibromyalgia and ME/CFS research citations in PubMed (where each disease was mentioned in the title) reveal an astonishing split. Fibromyalgia research was dominated by mind/body/psychological efforts while efforts to understand the pathophysiology were uppermost in ME/CFS. 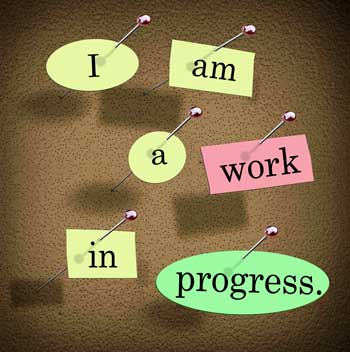 Both diseases – still stuck at the bottom of the NIH funding ladder – are a work in progress. Movement in one should help the other

It’s true that ME/CFS has a long, long way to go – in some areas such as treatment, a much longer way to go than FM. The number of NIH grant applications for ME/CFS research, for instance, remain abysmally low and ME/CFS- knowledgeable doctors are exceedingly rare. FM does have one more big thing going for it – it has the numbers. With approximately ten times as many people affected and better name recognition than ME/CFS, the FM community has the potential to far outstrip the ME/CFS community in garnering federal and other resources.

With its active federal presence, its research foundations, its federally funded research centers, its strategic work on the federal level, the focus on pathophysiology, and its active media presence, there’s a sense that ME/CFS is moving forward.

The early creation of an organization of research professional (IACFS/ME), the regular international conferences, a professional advocacy and research organization (Solve ME), all helped set a tone. The publication of Osler’s Web surely galvanized many. While FM organizations appear to have largely given up on funding research, Solve ME has been able to maintain a research focus for 30 years.

The field was later boosted by Jen Brea’s efforts to create ME Action, her film (Unrest), Solve ME’s return to advocacy, and the entry of Ron Davis in conjunction with the emergence of the Open Medicine Foundation. Davis’s effectiveness as an effective researcher/spokesperson for ME/CFS has helped bring many dollars into the field including a one-time $5 million dollar donation. The harsh environment in the UK triggered aggressive and organized advocacy and research efforts by Invest in ME, MERUK and others.

FM advocates can look to some of the thing that have worked for ME/CFS.

Fibromyalgia, on the other hand, has three FDA-approved drugs and the interest of pharmaceutical companies – two things the ME/CFS community is missing.
FM advocates can take heart in the immense possibilities present before them. With about ten million affected, the FM community has the numbers to move the NIH and get more and better research, get better doctor training and better treatments.

It can view the ME/CFS community’s progress with hope. Who, after all, would have expected little ME/CFS, with its weird name and dodgy reputation, to have the ear of the NIH Director or to rebound from its worst funding period ever with three research centers and a large intramural study? If ME/CFS can do that, FM can do far more.

It would be a good thing if it did. Both diseases need each other to thrive.