When you have a systemic disease, any part of your body can provide a clue – even your nose. Over 15 years from 1998 to 2012, James Baraniuk, a longtime ME/CFS and GWI researcher at Georgetown University, became the first and thus far the last person to try and understand people with fibromyalgia or chronic fatigue syndrome (ME/CFS) through their nose.

Baraniuk found high levels of pain in the mid-facial regions of ME/CFS and FM patients – but none of the inflammation he expected. (From Michał Komorniczak_Wikimedia Commons).

Baraniuk, an MD with dozens of nasal studies to his name, found that sinus pain and non-allergenic rhinitis affected a high percentage of people – about 50% – with ME/CFS.  In fact, the mid-facial regions of people with ME/CFS were more painful than people with documented physical abnormalities such as allergic rhinitis or rhinosinusitis.

Baraniuk, however, was unable to find any evidence or swelling or blockages in the noses of ME/CFS patients that could explain their feelings of pain, heaviness and congestion.

Nor in a large study was he able to find any of increased inflammation (total protein, NGF, TNF-a, IL-8) or increased IgE levels. His inability to trigger symptoms by shoving histamine and bradykinin up his patients noses suggested that mast cell activation wasn’t to blame either.  While he acknowledged that localized activation of mast cells or (entopy) could possibly contribute to the facial pain in ME/CFS and FM, Baraniuk concluded that a true allergic rhinitis was not present either and that “TH2-lymphocyte and IgE-mast cell mechanisms are unlikely causes of CFS”. In short, he could find no indication that inflammation played any role in the facial pain commonly experienced in ME/CFS or FM.

Baraniuk eventually concluded that most of his patients were suffering from something called idiopathic nonallergic rhinitis (iNAR); i.e. they had “phantom nasal congestion”.  (Idiopathic means the researchers are stumped: the cause is unknown).

In a review of idiopathic allergic rhinitis (iNAR), Baraniuk proposed that four types of iNAR exist, one of which was associated with “the autonomic dysfunction as found in chronic fatigue syndrome and other functional disorders”.

Ultimately he asserted that peripheral and central sensitization, and nerve and autonomic nervous system issues were more likely the cause. 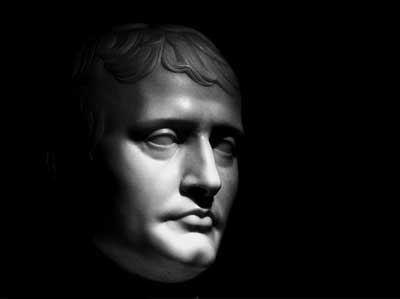 Baraniuk proposed that the “phantom nasal congestion” is probably caused by small nerve fiber issues and dysautonomia which lead to central sensitization.

Interestingly, given what researchers found much later, Baraniuk believed that defective type C neurons – the same kind of neurons that small fiber neuropathy studies indicate are damaged in fibromyalgia and POTS (and ME/CFS) patients – played a key role in the mid-facial pain. He proposed that the up-regulation of TRPV1 ion channels on these neurons might be producing an unrelenting stream of signals to the parts of the brain involved in processing pain.

As the brain centers become more and more bombarded with pain signals due to “peripheral sensitization”, they become more “efficient” at responding to them and the inhibitory pain pathways became inhibited. Activated glial cells in the nervous system quickly produce substances which produced further pain sensitization.

Eventually, even minimal sensory inputs from the nose became translated into sensations of pain, nasal heaviness and congestion – a congestion Baraniuk called “phantom nasal congestion” (given that he had trouble finding it) which he likened to phantom limb pain. 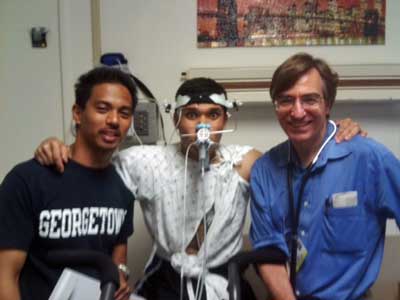 James Baraniuk (to the right) is now focusing mostly on Gulf War Illness.

Noting that “dysautonomic rhinitis” was common, Baraniuk even suggested problems in the brain stem could be associated with autonomic nervous system dysfunction and dysregulation of a main processor of sensory information – the thalamus. Baraniuk cited a variety of findings (reduced heart rate variability, orthostatic intolerance and his own findings – impaired nasal vasoconstrictor responses to exercise, isometric exercise, noise, and other stimuli – to buttress assertion of ANS dysregulation.)

The heightened sensitivity of the trigeminal nerve – which contains the nonmyelinated C-fibers shown to be impaired in multiple chemical sensitivity – is an obvious extension of Baraniuk’s paradigm.

Baraniuk believed that the nonallergic rhinitis seen in ME/CFS and FM is similar to that seen in other “allied” “functional” disorders of autonomic dysfunction including migraines, Gulf War Illness, multiple chemical sensitivity, irritable bowel syndrome and interstitial cystitis.

One study suggested that topical nasal capsaicin may be helpful may be helpful for those with phantom nasal congestion. Analgesics, antibiotics, and intranasal steroids are ineffective.

In the end, Baraniuk’s extensive investigations into the noses of people with ME/CFS over a decade ago seems prescient.  It provided a window into ME/CFS which proposed that peripiheral sensitization, dysautonomia, small nerve fiber neuropathy and neuroinflammation – all subjects which have received more prominence recently – were playing important roles in the disease. On the other hand, Baraniuk found no evidence that inflammation or mast cell activation – two major topics in ME/CFS – had an effect.