Benjamin Natelson Wants You – To Take a Nap! (And Help Him Understand if ME/CFS and FM are Different)

A critical question at this juncture is to answer the question of whether CFS and fibromyalgia are the same or different illnesses. Benjamin Natelson 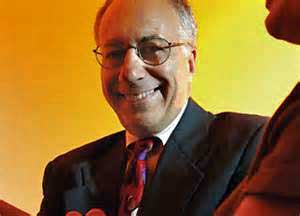 Natelson has been writing about and studying ME/CFS for decades.

You want subsets? Benjamin Natelson wants to open up a big one. The longtime chronic fatigue syndrome (ME/CFS) and fibromyalgia (FM) researcher, neurologist and author believes fibromyalgia and ME/CFS don’t mix quite so well as many think. If fact, he believes the two diseases may be fundamentally different. If he’s right, throwing together people who have both ME/CFS and FM into an ME/CFS study is bollixing everything up. If he’s right, he’ll end up redefining both diseases and having a huge impact on ME/CFS and FM research efforts.

The symptoms in ME/CFS and FM are, of course, quite similar. In fact, the core symptoms – pain, fatigue, and sleep and cognitive problems – are dead ringers for each other. Natelson’s prior studies indicated that about a third of people with ME/CFS meet the criteria for FM.

Natelson’s studies of ME/CFS and ME/CFS plus FM patients have uncovered several differences between the two diseases. In contrast to people with ME/CFS and FM, people with ME/CFS only had altered neuropsychological dysfunction, a hyperactive brain serotonergic response, and displayed an abnormal response on a submaximal exercise test. PTSD was much less prevalent. They were also more likely to have had their illness triggered by a flu-like event and were more likely to have sleep apnea. 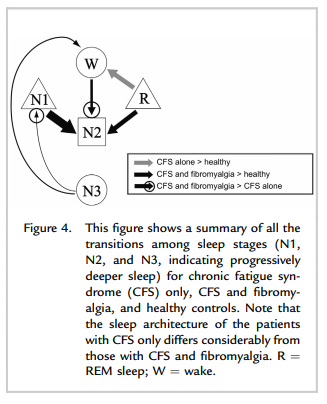 A 2018 study suggested that symptom similarity does not mean similar causes. Comparing balance issues in people with ME/CFS and people with ME/CFS plus FM, Natelson found significantly impaired vestibular (inner ear) functioning in the ME/CFS plus FM group but not in the ME/CFS only group. People with ME/CFS only also had problems with balance, but their vestibular functioning appeared to be intact. Instead, Natelson suggested that an as yet unknown problem with sensory integration or muscle weakness was throwing their balance off.

We all know sleep can be a big problem for people with either disease, but Natelson’s data suggests the sleep issues may be different. Using a new approach to assessing the transitions that occur during sleep (N1, N2 N3, Stage R), Natelson’s unpublished data suggests that people with ME/CFS plus FM are worse off.

People with ME/CFS plus FM are more likely to transition from slow wave or the deepest levels of sleep to what’s called N1 – the transition from sleep to wakefulness. This inability to maintain deeper levels of sleep produced what’s called “greater sleep pressure” or an increased need for sleep in this group. They compensated for this by having more transitions from wakefulness to the N2 stage.

Now Natelson wants New Yorkers to help him get to the bottom of the possible ME/CFS and FM divide. In perhaps the most comfortable sleep study ever, he’s going to try to get those people with ME/CFS and FM some deep sleep – by rocking them in a cradle. Swiss sleep researchers devised something called a “rocking bed” which rocks back and forth like a baby cradle – sending healthy people to sleep more quickly and increasing the amount of time they spend in deep sleep. They believe interactions between the amygdala, hypothalamus and brainstem could be involved. 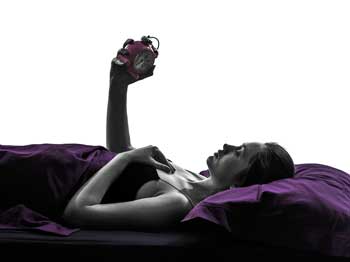 The requirements of this NIH-funded study are simple. (See the study here.) Be a woman between the ages of 28 and 60 without severe anxiety or depression, be off sleep meds for at least two weeks, have ME/CFS by itself or ME/CFS plus FM, and attend an evaluation and two 100-minute nap sessions at Mount Sinai’s Sleep Lab located near Union Square in New York City. Participants are paid for being in the study.

This R21 study is designed to provide pilot data for a larger grant. If Natelson sees differences in how the ME/CFS and the ME/CFS plus FM patients respond, he’ll immediately apply for a large RO1 grant which will allow him to expand the study greatly, including doing an overnight sleep study with all the bells and whistles applicable. He’ll also add fibromyalgia patients without ME/CFS.

Interested in being rocked to sleep to advance our understanding of ME/CFS and FM? If you’re in or can get to New York to take naps for two days, contact Benjamin Natelson at (212) 844-6665 or at info@painandfatigue.com.  Please pass this study around on social media to get it done as quickly as possible.

(Rocking beds, can, by the way, be purchased or beds can be retrofitted so that they rock.)