Are You a Clumper or Slider? The ESR ME/CFS and Fibromyalgia Poll

It’s the simplest of medical tests. The erythrocyte sedimentation rate (ESR or SED rate) test simply measures the rate at which the red blood cells in whole blood descend in a test tube over a period of one hour. 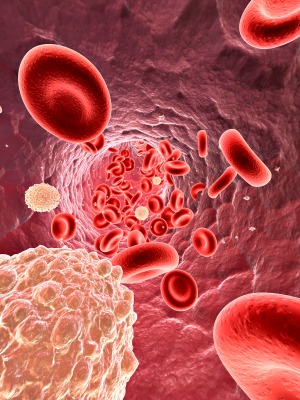 Are you a clumper or a slider or somewhere in between?

This non-specific measure of inflammation works because, during an inflammatory process, fibrinogen levels increase – causing red blood cells to stick to each other. When that happens, they form stacks called rouleaux which, being heavier, settle faster. So if an inflammatory process is going on you may very well have high ESR levels.

Infection is the most common cause of an increased ESR rate, but moderately raised ESR rates are associated with many other conditions including pregnancy, anemia, inflammation, cancer, diabetes, heart disease and collagen vascular diseases. Very high ESR or SED rates can be found in kidney disease, cancer and collagen vascular diseases. ESR rates are often used to assess the effectiveness of anti-inflammatory or anti-pathogen therapies in people with higher ESR rates.

Low ESR rates, on the other hand, are mostly ignored. In fact, most labs don’t have a cutoff for a low SED rate: everything down to zero is considered normal.

As an infectious disease doctor, Dr. Bela Chheda had run hundreds, probably thousands of ESR or sedimentation rate (SED) tests prior to working on ME/CFS. She ordinarily encountered increased sedimentation rates in her patients with infections, but then came ME/CFS – a disease triggered by infection which many people assume is inflammatory in nature. (ESR tests, it should be noted, do not pick up all kinds of inflammation.) The ESR or SED rates in many of her patients, though, were not just low but bottom of the barrel low (usually 2). (She thought the reason she didn’t see even lower numbers was that the test probably wasn’t sensitive enough.)

In fact, so many people with ME/CFS had very low sedimentation rates that she began to think of it as a kind of non-specific biomarker and wondered if something different might be going on in her patients with normal or higher ESR rates.

A 2011 update by Consultant360 came to the same conclusion:

Laboratory studies. These tests can be used to exclude other diseases associated with fatigue. The most consistent laboratory abnormality in patients with CFS is an extremely low erythrocyte sedimentation rate (ESR), which approaches zero. Typically, patients with CFS have an ESR of 0 to 3 mm/h. A normal ESR or one that is in the upper reference range suggests another diagnosis.

For myself, I have long wondered about SED rates as it was the only consistently abnormal (or low) test result I had in a series of tests in the 1980’s. My ESR or SED rate test results have been amazingly consistent over the past three decades – always a 2. That, I thought, must mean something.

Another seemingly consistent finding in ME/CFS went to pot! Not able to explain the differences that are showing up and still hanging on to my consistently low SED rates (they must mean something), here’s a poll with a twist to add a another slice to the data. Using Dr. Natelson’s supposition that people with ME/CFS differ from people with ME/CFS and FM, the poll will be divided up into three categories:

We’ll see what we’ll see! It should be noted that ESR is too non-specific a test to be a biomarker, but low or high ESR rates could play a role in a diagnostic algorithm; i.e. a subset of patients could be characterized by low SED rate plus another finding or two. Perhaps an algorithm like that could come out of Solve ME’s international patient registry.