Talk about an oddball drug. Named after the earth smoke plant, dimethyl fumarate is an old compound used in industrial chemistry. Wikipedia reported that in 2012 you could get it for from $1 to $50 per metric ton (but you had to buy at least two tons of it). Technically, it’s a “methyl ester of fumaric acid” – an acid that has a fruit-like taste and has been used as a food additive. Our skin produces it when exposed to the sun. Plus, fumarate plays a key role in the citric acid cycle that produces ATP. 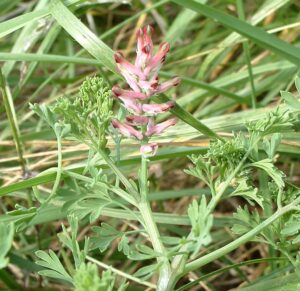 Dimethyl fumarate was also used as a biocide in furniture or shoes to prevent growths of mold during storage or transport in humid climates. That resulted in cases of severe dermatitis and what came to be called the “poison chair” incident involving sofas coming from, you guessed it, China.

This is one strange substance.

Diimethyl fumarate is also an immunomodulatory drug with some pretty astonishing antioxidant properties. We know that increased levels of oxidative stress can tweak pain producing nerves – causing them to send pain signals to the brain. Researchers have long thought that antioxidants should be able to calm the fires, so to speak, in these nerves, but antioxidant trials have never really worked out.

It may be that the very complex antioxidant system simply doesn’t respond well to a few inputs. Maybe you need to turn the whole system on to get results – and that’s just what these University of Texas researchers tried to do. They decided to try to turn on a master antioxidant transcription factor (something which turns many genes on) called NFE2L2 – and dimethyl fumarate, it turned out, fit that bill.

First, they induced neuropathic pain and allodynia in laboratory animals, and then treated them with dimethyl fumarate.

Not only did the animal’s pain behaviors decrease, but the drug increased levels of the master antioxidant in the body (glutathione) and reversed the damage caused by the oxidative stress. It also knocked down levels of a cytokine (IL-1B) implicated in pain production.

The researchers determined that dimethyl fumarate did this by activating NFE2L2 – that transcription factor which turns on over 200 antioxidant-related genes. Interestingly, dimethyl fumarate also restored mitochondrial activity in the dorsal root ganglia neurons. These neurons – which are found right outside the spinal cord – send pain signals to the spinal cord and then up to the brain. They’ve been proposed to play a role in both fibromyalgia and chronic fatigue syndrome (ME/CFS) and herpes viruses love to hang out in them. This study also suggested dimethyl fumarate might be helping to repair them.

The researchers had relieved pain in a novel way using non-opioid-based drugs.

Dimethyl fumarate has one big thing going for it in the U.S. and Europe; it’s already approved for use (Tecfidera/Skilarence) in multiple sclerosis. It’s apparently a pretty big deal in M.S. It’s Biogen’s biggest money maker ($4.4 billion/yr) and two major drug companies are butting heads over its patent protection. However that turns out, there’s no need, if the drug works, to spend tens or hundreds of millions of dollars developing a new drug. It’s already on pharmacy shelves. 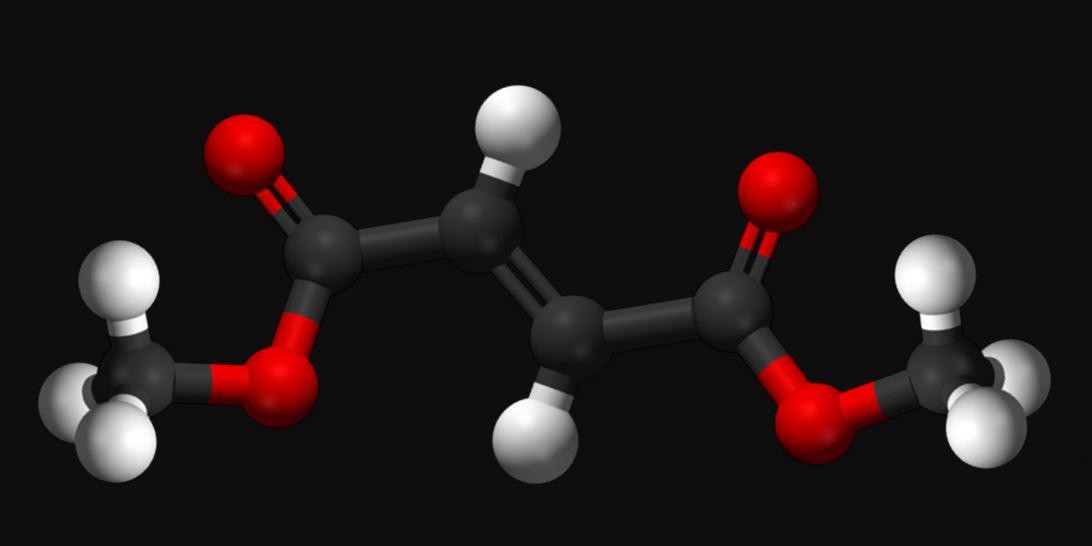 A very different approach to pain…

Taking dimethyl fumarate, as one might suspect, though, isn’t exactly a walk in the park. Common adverse effects include flushing, abdominal pain, nausea, and diarrhea! The researchers suggested the drug may need to be improved by further refining “its fumaric acid esters”. (A sister drug, diroximel fumarate, that is under development, though, is much easier on the gut.)

The Pain Research Forum reported that the researchers hoped to start clinical trials in humans soon. While this study focused on neuropathic pain – just one type of pain found in FM – the authors believed dimethyl fumarate could work in other pain types, and they plan to investigate them as well.

We’ll see how it all turns out. This study suggests, though, that there’s no way to predict where an effective pain drug may come from. If an industrial chemical could possibly birth a new way of treating chronic pain, who knows where the next breakthrough will come from?

The other good news is that researchers are increasingly looking outside the traditional pathways of pain treatments and seeking to get at the core processes that are producing pain. Opioid drugs and altering neurotransmitters in the brain are out. Getting at the molecular roots of pain – in this case, getting at the source of the oxidative stress that makes nerves twitchy – is in.

Researchers are more and more tracking down the molecular processes that produce pain and coming up with different approaches to treating pain. That’s good news for all of us.