Recently, a new and intriguing intersection opened up. Several studies over time have found increased levels of brain-derived neurotrophic factor (BDNF) in fibromyalgia and now one found it in ME/CFS as well.

BDNF has been a pretty hot research topic in FM since 2007 when increased serum elevations were first found in FM patients. Since then, no less than 20 studies have featured it – making it one of the most studied factors in FM.

Increased BDNF levels have found in the blood and the cerebral spinal fluid of FM patients, and two studies have identified a small genetic change called a polymorphism in the BDNF gene in FM.

BDNF is a fascinating substance. A neurotrophic (nerve growth factor), BDNF helps the nerves grow and is vitally important for neuroplasticity and learning. Mice genetically engineered to grow without BDNF often die, and exhibit problems with coordination, balance, hearing, taste, and breathing.

BDNF levels rise with exercise, and exercise has been widely promoted to increase BDNF levels, improve cognition and memory, and improve brain health. Increased BDNF levels are believed to be one of the reasons people tend to feel sharper after exercise. BDNF’s possible enhancement of the feel-good chemical GABA could help account for the “runner’s high” some of us used to experience. It turns out that a byproduct of exercise called lactate also promotes BDNF expression in the brain.

So far, so good. Given the high lactate levels that have been found in both ME/CFS and fibromyalgia, and the high BDNF levels in FM, one might think people with these diseases would be candidates for MENSA with their superb memories and enhanced cognitive capabilities.

That obviously hasn’t happened. It turns out that BDNF has a dark side as well. Injury or trauma causes BDNF to activate pain pathways and trigger sensations of pain. That’s adaptive in the short term – the pain causes us to attend to injury – but long-term elevations could result in chronic pain.

BDNF may enhance central sensitization by triggering the expression of glutamate – an excitatory neurotransmitter. The chief producers of neuroinflammation – the microglia – are a primary source of BDNF in the brain. Delivering BDNF to the dorsal ganglia – that relay sensory signals to the central nervous system – has been shown to produce allodynia in rodents.

BDNF has also been implicated in “long-term potentiation” which results in chronic nerve hyperexcitability. Some believe that BDNF’s effect on neuroplasticity and memory could cause the brain to lock onto pain signals and retain pain memories.

Still, BDNF’s role in FM is unclear. Like other factors, BDNF can have anti-pain and pro-pain effects. High BDNF levels could either reflect an attempt to reduce pain or be a cause of pain.

BDNF’s long history in FM and its possible connection with chronic pain and neuroinflammation and exercise makes it a pretty intriguing target for ME/CFS, and two small studies were done about five years ago. One, to its surprise, found dramatically decreased BDNF levels, and the other found normal BDNF levels.

The Belgian Nijs group, which had done a major overview of BDNF and FM in 2015, found something different. The study “DNA Methylation and Brain-Derived Neurotrophic Factor Expression Account for Symptoms and Widespread Hyperalgesia in Patients With Chronic Fatigue Syndrome and Comorbid Fibromyalgia“, was released just a couple of weeks ago.

It produced two novel findings. Serum BDNF were significantly increased in ME/CFS, plus an epigenetic change was found which could explain why BDNF levels were increased.

While this is only one study, the high BDNF levels found make sense given what’s been found in FM. If they hold up, they’ll further tie the two diseases together.

Given that both diseases feature difficulties with exercise and increased lactate levels, one wonders if exercise could be triggering the microglia to produce BDNF (and other pro-inflammatory substances), producing neuroinflammation, central sensitization and PEM (post-exertional malaise).

We’re naturally very focused on energy production, but it was years ago that Ben Natelson, as I remember, suggested that exercise could also be causing PEM by tweaking the nerves in these diseases. The burning muscles and pain that I associate with overexertion certainly feels like the nerves are not happy.

The memory connection is intriguing as well. BDNF supports memory formation in the hippocampus. Could it also be deeply encoding pain memories and sensations in FM and ME/CFS – making it more difficult to escape them?

The Nijs group was careful to point out that chronic pain is a complex condition which is not likely to be produced by a single factor. BDNF may be an intermediate factor in the neuroinflammation that could be at the heart of these diseases, but the possible connection between exercise, lactate, BDNF, neuroinflammation, central sensitization, PEM and ME/CFS/FM is nothing if not intriguing.

ME Research UK quickly followed up on the Nijs group’s promising finding by funding a study that adds an exercise test (:)), and that more deeply examines the potential epigenetic contribution, and looks at enzymes called HDACs which could be producing exercise-induced symptoms. If the study shows that exercise vaults the already high BDNF levels in ME/CFS into the stratosphere, we may really be onto something.

If high BDNF levels are an issue, what can be done about them? Exercise is usually prescribed for its analgesic or pain-reducing effects, but it has the opposite effect in ME/CFS and has to be done carefully in FM. 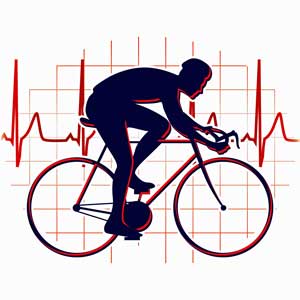 The Nijs paper mentioned a few drugs that are quite exploratory in nature at this point. Infliximab infusions may be able to reduce BDNF levels in the blood. Phencyclidine, a noncompetitive NMDA receptor antagonist, appears to decrease BDNF expression at the gene level.

While meditation/mindfulness practices have been used to boost BDNF levels in healthy controls, two studies suggest they may be able to calm them down in FM. A 2019 randomized controlled trial found that a mindfulness-based practice called attachment-based compassion therapy (ABCT) was more effective than relaxation therapy in reducing BDNF and pro-inflammatory factors.

Just this year, Ashok Gupta’s mindfulness plus amygdala and insula retraining program was also more effective than relaxation therapy at reducing BDNF levels in FM, and in improving functioning, and in reducing anxiety and depression as well.  A blog exploring that study is coming up.

The BIG (Little) Drive Roars On!

We passed 200 donors in record time and are over a quarter of the way to our goal. Thanks to everyone for helping to keep Health Rising on the web.

Putting the pieces together is what Health Rising tries to do and nothing is better than finding pieces that fit both fibromyalgia and ME/CFS. For someone like me who’s been diagnosed with both conditions that’s like getting a cherry on top of my ice cream. You may get information on either disease from elsewhere but where else you get information on both?

If that’s the kind of reporting you want – please support us! Health Rising is entirely community supported. We’re on the web because of you. Use PayPal (below) to support us or find out other ways (checks, Amazon, even bitcoin!) here.