MicroRNAs (miRNAs) are a fascinating potential factor for ME/CFS because they are malleable; i.e they can change over time, and they affect gene expression. That gives them the power to biologically rewrite who we are. 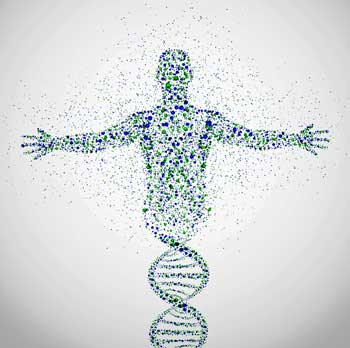 miRNA’s may be affecting the expression of half of our genes.

While they can’t change our underlying DNA template, they can dramatically change how it expresses itself. Some believe they may be turning on/turning off the expression of up to half our genes.

They’re one of nature’s cleverest answers to the need to be biologically nimble. Like neuroplasticity, though, they can be a double-edged sword. The same process which allows us to adapt biologically to change could allow us to get locked into a suboptimal illness state which is difficult to escape. Like any complex program, the opportunity is there for something to go wrong.

A change in the microRNAs we all carry, then, could have caused a shift in gene expression that set off or contributed to ME/CFS and helped keep it in place. Because it is possible to alter miRNA expression, they also present the nice possibility of resetting our systems by returning our miRNA expression back to a healthy state.

We don’t know if an miRNA shift contributed to, or even caused, ME/CFS to occur, but it’s certainly a worthwhile avenue to explore and some studies in the past have had some success.

This Open Medicine Foundation and Sibylla Hesse Foundation-funded study from Montreal, “Profile of circulating microRNAs in myalgic encephalomyelitis and their relation to symptom severity, and disease pathophysiology“, led by Alain Moreau, did something different. The all-Montreal crew believes they’ve found a way to safely induce PEM in the severely ill.

They used something called an ABR therapeutic massager device, which “exerts pulsatile compressions on the arm” for 90 minutes to produce post-exertional malaise (PEM). The approach has not been validated by studies, but the ME/CFS patients did report that it produced PEM (fatigue, headache, muscle pain, sleep disturbances, flu-like symptoms), while the healthy controls didn’t report any symptoms.

If successful, the massager presents the possibility of providing an exertional challenge to the severely ill, who are unable to withstand the rigors of an exercise challenge.

Plus, the massager device has the notable advantage of being portable – it can easily be brought to a patient’s home. It provides the potential of safely providing exertional challenges to the severely ill – those in whom, in Ron Davis’s words, “the disease burns brightest”. Whether or not an arm massager is a suitable replicate for an exercise challenge – or whether it needs to be – are questions that future studies would need to answer.

Exertion, or stress challenges have become common in ME/CFS studies because putting ME/CFS systems under load provides much more information. That’s not surprising in a disease that’s practically defined by difficulties with exertion.

As time goes on, more and more interesting ways to stress one’s system have been developed. Peter Rowe, for instance, has found that simply moving the limbs of adolescents with ME/CFS in certain ways can produce symptoms. Cognition tests, TILT table tests, plus a multitude of exercise tests (maximal exercise, one and two-day CPET, invasive CPET, and non-maximal CPET) are commonly used. If you want to go molecular, several researchers have used the Seahorse machine to stress test the mitochondria.

Blood was taken before and after the use of the massager device. The participants also answered numerous questionnaires. 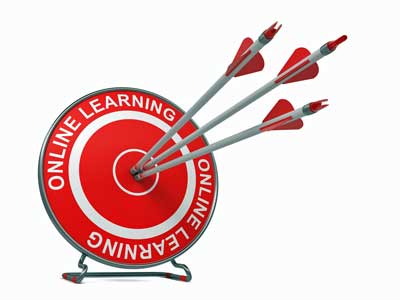 The miRNA analysis predicted most of the ME/CFS patients and healthy controls.

The decision to include an exertional challenge worked, as it produced a sterling sensitivity score (it identified 100% of the ME/CFS patients), a good specificity score (75% – it misidentified only a few healthy controls as patients), an excellent overall accuracy (90%), and a superb ROC (receiver operating characteristic) curve score (AUC = 1).

Next, the group took what seemed to me, at least, to be a rather daring step – they used quantitative reverse transcription PCR to determine if the miRNA changes they’d found had actually resulted in an increased or decreased gene expression. They were able to replicate changes in the gene expression in 11/17 of the genes they’d identified.

Next, they used something called a “K-means” method, which classified the ME/CFS patients into four distinct groups. The classification system identified one group, in particular, which suggested that miRNA changes the study had picked up were indeed having an impact. This more severely ill group had it all: they experienced higher rates of fatigue, PEM, sleep problems, more disease comorbidities and much lower functionality than the other groups.

Another group, interestingly, which had the worse cognitive scores of any group suggested that more fatigue, PEM, and sleep problems are not necessarily associated with worsened cognitive problems. Likewise, one’s age, sex, body mass index, and illness duration also had no impact on which group one fell into.

So, what did the up and downregulated miRNAs that showed up in ME/CFS do? The authors reported that most (7/11) play a role in immune responses or inflammation and that one was associated with the muscles.

Most have not been associated with ME/CFS before – but three have been – and that was good news.

The hsa-mir-127-3p miRNA has been found before in ME/CFS. Influenza viruses apparently downregulate the expression of this miRNA in order to evade an immune response. This miRNA regulates the expression of a gene linked to IL-10 – a cytokine which has cropped up several times in ME/CFS. It has been associated with fatigue before, its expression increased after exercise, and it was elevated in the cerebral spinal fluid.

Another intriguing miRNA (hsa-miR-150-5p) linked to inflammation was recently also found in be increased after exercise in ME/CFS. The inflammation connection was interesting, as Nancy Klimas’s intensively monitored exercise studies indicate that inflammatory pathways explode into action in ME/CFS patients during exercise.

Other miRNAs found may affect natural killer cells, T-cells, protection against viruses, etc. Perhaps the most interesting, though, is one (hsa-miR-181b-5p) which has poked up in several exercise studies outside of ME/CFS. It’s been proposed to play a role in inflammation of the blood vessels, and as an ‘endurance regulator’.

This study was small but the fact that there was no difference in illness duration between the more severe and less severe cohorts points to a potentially important finding: that illness severity is not a function of duration.  It might seem to stand to reason that the longer one is ill the better chance one has of becoming severely ill but this study’s results did not suggest that. It suggested that people either become severely ill with ME/CFS or they don’t.

From Younger’s heat mapping of the brain, to Rahim Esfandyarpour’s nanoneedle, to Visser’s extracranial doppler technique, to the new Uptime Feet on the Floor sensor, to Moreau’s massager the field is blessed with creative researchers. Each new technique presents new possibilities and challenges as well – as each needs to be validated before it’s accepted both inside and outside of this field and that can take a considerable amount of time. 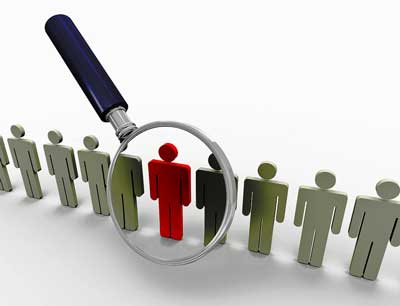 The fact that the miRNA’s found were able to differentiate the people with ME/CFS from the healthy controls was encouraging.

Moreau’s search for a way to get both the severely ill and post-exertional malaise into the same study appeared to work. Not only did the “exercise” impact the miRNAs of the ME/CFS patients more than the healthy controls, but it affected miRNAs associated with the immune system and exertion. Several miRNAs appeared to jive with the inflammation that Nancy Klimas’s intensively monitored exercise studies suggest happens during exercise in ME/CFS.

The findings made sense and that was good news. Several also have popped up in past miRNA studies – more good news.

In general, the omics studies seem to be going well. They tend to provide findings that make sense, given what we know about ME/CFS.

The authors point out that this study”may provide a foundation for the development of a new non-invasive test to diagnose ME/CFS patients.” This study, then, doesn’t provide a new test but it does produce findings which, if validated, could point to a diagnostic test in the future.  In the meantime, the study adds to the growing body of knowledge about ME/CFS, and hopefully helps prepare the way for the diagnostics and treatment breakthroughs we all hope will occur.

Those, though, will take much bigger and more expensive studies. That means substantially more funding which could be coming our way in the form of long COVID/ME/CFS studies.