Abilify (Aripiprazole) might seem to be the last thing that could help someone with chronic fatigue syndrome (ME/CFS). Abilify is a second-generation antipsychotic that is FDA approved for schizophrenia but is used off-label for depression, Parkinson’s disease, autism and many other diseases.

If ME/CFS has never been associated with psychosis, why would an anti-psychotic help? Because when Abilify is used the way it is in ME/CFS, it does not have anti-psychotic properties. In fact, it operates so differently in ME/CFS that it could be called an anti-anti-psychotic drug. When given in the doses used in ME/CFS, it should actually make schizophrenia and similar diseases much worse.

Abilify is a “dopamine system stabilizer”; at the low levels it’s used in ME/CFS, it stimulates the D2 class of dopamine receptors (D2, D3, D4). At the higher levels prescribed in schizophrenia and other diseases, it inhibits them; i.e. in high doses, it inhibits dopamine production and stimulates it at lower doses.

One psychiatrist explained the Jekyll and Hyde nature of Abilify’s dopamine stabilizing role like this:

Finding that drugs operate very differently at low or high doses does not appear to be that unusual. Low dose naltrexone, for instance, has very different effects than at the higher doses the drug is mostly known for.

While Hector Bonilla at the Stanford ME/CFS clinic has brought the drug to the fore, the drug has actually been kicking around the ME/CFS community at low levels for years.

Back in 2012, “erist” on Phoenix Rising reported that Abilify was one of the only things that could provide her with more “more energy, more appetite, much easier time getting up in the morning” but that the drug also brought “a lot of restless agitation, the wired/tired feeling, a general feeling of vibrating internally, burning skin, etc.”

A couple of years later “JeanieBeanie” reported that: “As of now the only time I can have a semblance of a real life is when I am taking the Abilify.” Over time, though, it would stop working and she would have to go off it, and then go back on it.

It was Abilify that enabled Whitney Dafoe, one of the most severely affected ME/CFS patients, to communicate for the first time in years.

Celebrating Whitney Dafoe and his “Awakening” on his 37th Birthday

In February of this year, Laurel Crosby PhD (lead author) and Hector Bonilla (MD) (senior author) published a Letter to the Editor: “Off label use of Aripiprazole shows promise as a treatment for Myalgic Encephalomyelitis/Chronic Fatigue Syndrome (ME/CFS): a retrospective study of 101 patients treated with a low dose of Aripiprazole”, in the Journal of Translational Medicine (Open access).

Back in 2012, Laurel Crosby was the first member of the Stanford Genome Technology Center (SGTC) to join Ron Davis in his ME/CFS studies. Hector Bonilla’s background in HIV/HCMV lead him to focus on the role inflammation plays in disease. He’s co-authored a variety of studies, including a recent one which documented “significant persistent symptoms and functional impairment, even in non-hospitalized patients with COVID-19“.

This was a retrospective study. It assessed a variety of symptoms on a simple 0-10 point scale before and after 101 patients tried Abilify. The patient’s symptoms appear to have been assessed whenever they visited the clinic. The doses ranged from 0.2 to 2 mg/day or about 7-100x’s less than the 15-30 mg/day than people with psychiatric or neurodegenerative disorders typically receive.  The mean time each patient was on the drug was 7.8 months.

Since the trial was not placebo-controlled, it’s impossible to determine how much of a role placebo effects may have played in the results.

Twenty-six percent of the patients either did not respond positively to the drug or experienced side effects which caused them to drop out of the study.

When used for schizophrenia, bipolar disorder, autism, etc., Abilify’s side effects can include drooling, loss of balance, muscle jerking, twisting movement of the body, spasming eyelids, problems with swallowing, etc.

The very low doses used in the ME/CFS study, on the other hand, produced only mild side effects. Out of the 101 people in this study, five reported headache, four irritability/agitation, and two extreme agitation. That’s remarkably low for a study of this size. Weight gain can be a severe problem with Abilify. On average, patients gained 0.15 kg per month but while ten participants gained weight, eight lost weight.

The authors of the Abilify study went straight to neuroinflammation to attempt to explain why low dose Abilify seems to help in ME/CFS.

The role dopamine plays in the immune system has been growing over time. A 2014 paper described dopamine as an important bridge between the nervous and immune systems.

A recent paper which highlighted dopamine’s role in the immune system hoped it would “prompt scientists … to consider (the) … neurotransmitter when targeting neuroinflammatory/neurodegenerative pathologies.” Another recent review specifically called for the development of dopamine affecting drugs to combat neuroinflammation. 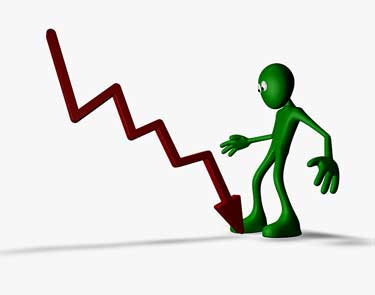 The basal ganglia may be particularly susceptible to inflammatory events.

Studies suggest that low dopamine levels may indeed play a role in both fibromyalgia and ME/CFS. Reduced blood flows to the basal ganglia – the seat of dopamine production in the brain – were highly correlated with disabling pain and overall symptom scores in one FM (fibromyalgia) study.

Andrew Miller’s ME/CFS and hepatitis C studies suggest that infection-triggered inflammation in the basal ganglia may be producing the fatigue and other symptoms associated with ME/CFS and “sickness behavior”.

Abilify produced good results in a retrospective Stanford study. Approximately 75% of the 101 participants in the study responded positively, showing declines in fatigue, brain fog and post-exertional malaise (PEM). Sleep also improved. About 20% of the participants reported their PEM completely disappeared. It was unclear if neuroinflammation was affected.

With its nice size, remarkably limited side effects and good results Abilify seems to be off to a good start. A placebo-controlled study is needed, however, to determine how effective it is.

Because it was an unblinded, retrospective study it was impossible to assess what role the placebo effect may have played in the results. Drugs need to produce significantly better results than those found in the placebo in order to be considered effective.

The authors believe low dose Abilify may be reducing neuroinflammation in ME/CFS. Several fibromyalgia and ME/CFS studies suggest that low dopamine levels may be producing fatigue, pain and other symptoms.

Large, placebo-controlled studies are needed to determine if low dose Abilify is able to consistently help people with ME/CFS. Double-blinded tests, validated and regularly scheduled symptom tests would presumably be done in a more rigorous study. This study suggests, though, that the low dose Abilify saga in ME/CFS may be off to a good start.

If you’ve tried Abilify please let us know how it went in the comments.