Fatigue Goes Legit at the NIH:  The “Beyond the Symptom – Biology of Fatigue” Workshop

The “Biology of Fatigue” workshop brings ME/CFS researchers together with a broad array of other fatigue researchers.

Although fatigue has traditionally been scorned in medical research. studies show that ME/CFS – the “chronic fatigue syndrome” – is significantly more functionally disabling than multiple sclerosis, heart failure, diabetes, depression, and others.

ME/CFS may be the quintessential fatigue disorder but it is not alone in its ability to produce severe fatigue.  Despite the fact that “Profound and debilitating fatigue is the most common complaint reported among individuals with autoimmune disease “, a 2015 survey noted that “data on the prevalence of severe fatigue across multiple rheumatic diseases…is missing“. The 2015 study found severe fatigue was present in 41-57% of patients with inflammatory rheumatic diseases (rheumatoid arthritis, systemic lupus erythematosus, ankylosing spondylitis, Sjögren’s syndrome, psoriatic arthritis) and 82% of fibromyalgia patients.

Similarly, a 2017 fatigue in neurological diseases review reported that “The tremendous consequences of fatigue are consistent across neurological diseases, as is the uncertainty concerning its underlying pathophysiological mechanisms.” Fatigue, it stated, “represents one of the least-studied and least-understood conditions“.

For its part, cancer-related fatigue was found in 1/3rd of cancer survivors up to 6 years post-treatment and was associated with high levels of disability. Although severe fatigue is found in many diseases, virtually every review article prominently states how little we know about it.

That clearly didn’t pass muster with Vicky Whittemore Ph.D. – who oversees epilepsy and ME/CFS portfolios at the NIH – and National Institute of Neurological Disorders and Stroke (NINDS) Director Walter Koroshetz M.D.. They knew fatigue was a ubiquitous but poorly understood symptom that the NIH had never tackled in an organized manner and wanted that to change.

In 2018, they gathered a committee together and went to the Common Fund – a branch of the NIH that funds interdisciplinary activities. They proposed bringing together a diverse array of perspectives from across the NIH to better understand fatigue.

The Common Fund liked their idea of an interdisciplinary fatigue initiative and asked them to create a five-year program – but then they hit a strange roadblock. So much interest from so many different quarters came in that the group couldn’t agree on a common set of deliverables. With Vicky swamped with ME/CFS work, it was all too much and the initiative was put aside. (Why one must ask, is Vicky Whittemore tasked with overseeing two disease portfolios? Is having one person working half-time on ME/CFS at the NIH enough?).

A Wing, A Prayer and Vicky Whittemore: The NIH and Chronic Fatigue Syndrome in 2018

Then came long COVID and a new emphasis on fatigue. Seizing the moment, Whittemore and Koroshetz reconstituted the Working Group back and proposed creating a Neurobiology of Fatigue Initiative in the NIH Blueprint for Neuroscience Research Program. After receiving the funding for a workshop, they teamed up with the Sleep Research Society to co-produce the workshop.

ME/CFS is amply represented in the two-day workshop but otherwise, familiar faces are rare, and that’s a good thing. Not only does a broad interest exist in understanding the biology of fatigue but the Workshop will introduce other fields to the work being done in ME/CFS (and vice-versa). (Check out the workshop agenda here.)

About 20% of the 33 talks are given by people who have published on ME/CFS. Nancy Klimas, Avindra Nath, and Anthony Komaroff are amongst the moderators, and Walter Koroshetz will be chiming in.

We should be able to get up to date on the Metabolic Trap hypothesis (Ron Davis), the role inflammation and the basal ganglia play in fatigue (Andrew Miller), molecular and cellular biology (Ian Lipkin), omics research (Ron Tompkins), exertion (Betsy Keller), neuroimaging (Jarred Younger) and immune dysfunction (Maureen Hanson).

Some of the most interesting talks, though, are coming from outside the ME/CFS field. Many of them bear on subjects of interest in ME/CFS. For instance, “The Role of the Brainstem in Slow-Wave-Sleep Control” hits on one of the key brain organs in ME/CFS research. Patrick Fuller’s talk on the hypothalamus jives with Angus Mackay’s two hypothesis papers on ME/CFS and long COVID, and recent conjecture by Lipkin and Komaroff that a fatigue nucleus in the brain exists there. Fuller is a specialist on the role the hypothalamus plays in energy production and sleep.

Kelly Drew, a University of Alaska researcher will present on hibernation and fatigue (Image by Pixamio from Pixabay).

If you thought that ought only ME/CFS researchers were interested in hibernation (like I did), you would be wrong. University of Alaska researcher, Kelly Drew, has published dozens of papers on the topic. Her “Studying Hibernation Biology to Gain Insights into Fatigue” talk has obvious overlaps with Robert Naviaux’s and Marian Lemle’s work on hibernation in ME/CFS.

Glenn Wylie is a major fatigue researcher who has pumped out dozens of papers on fatigue in multiple sclerosis, Gulf War Illness, and traumatic brain injury over the past ten years. His talk on “Evidence for a Network of Fatigue-Related Areas in the Brain” will surely have significant ramifications for ME/CFS.

Given the growing evidence of microbiome problems in the guts of people with ME/CFS, “The gut-brain axis” talk by Gerard Clarke – a very well-published IBS (irritable bowel syndrome) researcher – should provide some interesting insights. Likewise, Harvard researcher Dragona Rogulja’s talk on “Reactive Oxygen Species in the Brain and Periphery” appears to be a nice fit with the recent Paul/Lemle/Komaroff/Snyder paper on the role free radicals may play in ME/CFS and long COVID.

The “Role of Glympathics in Sleep and Fatigue” and the “Cerebral spinal flow and Slow Wave Oscillations During Sleep” talks appear to hearken back to Raymond Perrin’s work in ME/CFS. Hugo Critchley’s talk on psychomotor slowing – which describes the slowing of fine-motor movements – focuses on a phenomenon also found in ME/CFS. Other presentations on autoimmune fatigue, non-refreshing sleep (by Janet Mullington), immunomodulators, altered sensory processing, the path from acute to chronic infection, and exercise-induced fatigue have obvious connections to ME/CFS.

The Workshop demonstrates that while ME/CFS researchers often seem to exist in a niche of their own, their broad emphases fit with what fatigue researchers are studying in other diseases. The workshop will do something we’ve been wanting to accomplish for years: expose the work of ME/CFS researchers to the work of others outside the field and vice versa. 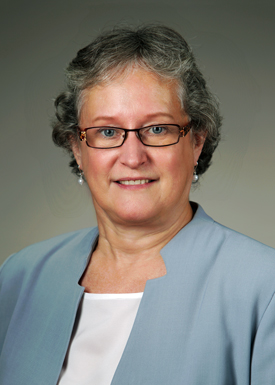 Vicky Whittemore led the drive to make the workshop happen.

Let’s hope the Workshop sets the stage – in this age of long COVID – for much more collaboration between ME/CFS/FM researchers and other fatigue researchers, and more emphasis overall on fatigue research at the NIH. While the emphasis on “fatigue” may grate a bit, please note that fatigue is the hook that draws other diseases into our orbit and us into theirs. It provides the opportunity, for instance, for us to bring the concept of post-exertional malaise (PEM) into the discussion of a broad array of fatiguing diseases.

Vicky Whittemore hopes the workshop will “identify gaps and opportunities for future research and new collaborations across disciplines and disease areas…and foster and support new research on fatigue going forward.”

It’s hard to imagine that it won’t do that. With its strong agenda, Vicky Whittemore and Walter Koroshetz have created a timely workshop. Let’s hope it’s the first step in a major, multi-year, NIH-funded Fatigue Initiative.

The “Beyond the Symptom: The Biology of Fatigue Zoom Workshop” runs from September 27th-28th. Check out the agenda here. Registration is free and open to all. Register for the workshop here.