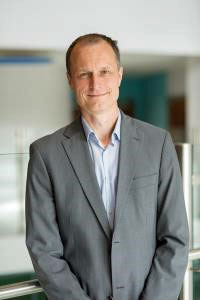 Andreas Goebel Ph.D. has been on the hunt for an autoimmune cause of chronic pain since he observed high levels of post-infectious antibodies in his patients.

It’s like a sapling putting out roots. Will it grow into a big tree or will it die on the vine? However, it turns out, Andreas Goebel Ph.D. has certainly planted some fascinating and possibly game-changing ideas about how fibromyalgia, ME/CFS, and long COVID occurs.

This blog focuses on a poster presented at the World Congress on Pain that recently took place in Toronto. (Thanks to Herbert for the tip :)).

Andreas Goebel has been on the hunt for a new way to explain pain ever since he found that his patients at the pain clinic at Würzburg University typically had low-level increases in post-infectious antibodies. (Hmm). He also knew that the current pain paradigms couldn’t explain a large group of chronic pain sufferers. How large? Potentially billions of people, large:

“In other words, symptoms that profoundly affect billions of people across the globe have remained unexplained. New approaches to their understanding are needed.” Goebel et. Al. 2022

A Different Kind of Pain 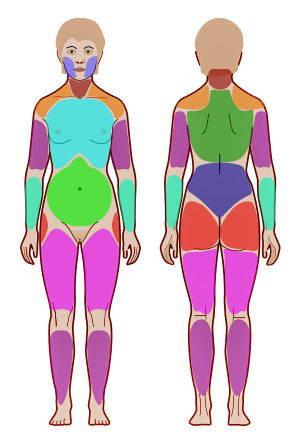 Chronic pain has long been believed to be the result of either tissue damage/inflammation (nociceptive pain) or damage to the nerves (neuropathic pain). In diseases like fibromyalgia, however, no evidence of tissue damage or widespread inflammation has been found, and the small fiber neuropathy damage thus far found can’t explain the disease.

Recently a new term, ‘nociplastic pain’, was developed to define people in chronic pain who have “structurally intact, but abnormally functioning” pain networks. Fibromyalgia is considered a classic example of this kind of disease. While this new characterization helped, it couldn’t explain how these “abnormally functioning” pain networks came about.

Enter Andreas Goebel – a German pain researcher working at the University of Liverpool. The Director of the Pain Research Institute in London, Goebel has been focused on understanding the role the adaptive immune system plays in causing severe ‘unexplained’ chronic pain, for the past 15 years.

A Different Kind of Autoimmunity 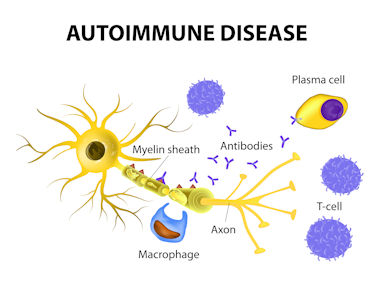 Goebel proposes fibromyalgia, ME/CFS, and long-COVID are autoimmune diseases that are characterized by localized (not systemic) inflammation.

In March of this year, Goebel and colleagues penned a review, “The autoimmune aetiology of unexplained chronic pain“, that explained that they’d uncovered “pain sensitizing autoantibodies” in no less than four chronic pain conditions (complex regional pain syndrome, fibromyalgia, chronic post-traumatic limb pain, and rheumatoid arthritis). Interestingly, the autoantibodies bound themselves to different sites in the 4 diseases – indicating that each appeared to be a different type of autoimmune disease. Goebel et al. stated that they showed that “functional, non-destructive biological processes can cause exquisite pain which severely affects daily living.”¹

Seven years ago Littlejohn proposed that CRPS, fibromyalgia, IBS, and migraine are all neuroinflammatory diseases driven by inflammation of the sensory and central nervous system nerves.

With fibromyalgia, Goebel injected purified IgG from people with FM and healthy control subjects into mice and then watched. Within two days, the mice given the IgG from the FM patients had become hypersensitive to pressure, cold, and pain, and reduced their grip strength while the mice given the IgG from the healthy controls remained fine. Goebel had apparently swiftly given mice fibromyalgia simply by giving them immune factors found in his FM patients’ blood. 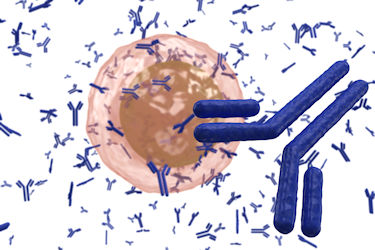 Goebel’s findings are potentially so exciting because they could explain one of the great mysteries in FM and ME/CFS – why we don’t see enormous spikes of inflammation. Goebel’s findings suggest that small amounts of inflammation are probably occurring very close to nerves. (Van Elzakker, in his Vagus Nerve Hypothesis, proposed something similar for ME/CFS.)

Well aware of the implications of their findings, the authors wrote their results may “transform future research and facilitate development of mechanism-based therapeutic interventions (in fibromyalgia)”.

A Different Look at Long COVID

Recently, Goebel reached outside of the chronic pain arena when he did a different experiment on long-COVID patients. He and his team took purified IgG antibodies from-long COVID patients experiencing widespread pain, from people who’d recovered from COVID-19, and from an FM patient, and then planted them in cultures of glial cells from the dorsal root ganglia of mice.

They then did an inflorescence study to see if the antibodies from the patients or healthy controls were binding to or attacking those glial cells – thus activating them and causing them to begin spewing out pro-inflammatory factors that were tweaking the nerves and causing increased pain.

These findings were clearly preliminary, and more work needs to be done, but they suggest – as some other studies have – that an abnormal antibody (e.g. autoimmune) response is present in long COVID and that it may be an autoimmune disease. Importantly, fibromyalgia – which, for some reason, has been almost totally outside of the long-COVID discussion – now becomes the third leg of a possible ME/CFS/FM/Long-COVID triad.

The fact that the mice returned to normal when the FM IgG levels declined suggested that the illness is not permanent and could be reversed by removing the autoantibodies. Goebel suggested that IgG-reducing therapies such as plasmapheresis or immunoadsorption could be helpful. Of course, some success has been found in small studies with immunoadsorption in ME/CFS, and the BC 007 aptamer is another candidate. Approaches that block the autoreactive IgGs could be effective as well.

Lastly – in my favorite part of the poster – they suggested – rightly in my opinion – that long COVID is not a separate condition but is a subtype of FM and chronic fatigue syndrome (ME/CFS).

“Our results lend credence to the hypothesis that long-COVID is an infection-triggered subtype of FMS and chronic fatigue syndrome.”

And there you have it – a possible infection-triggered autoimmune response that sends the glial cells that are wrapped around the main sensory processing neurons at the spinal cord into a tizzy.

Time will tell if Goebel’s sapling grows into a mighty tree and redefines how we understand fibromyalgia, long COVID, ME/CFS, and others. His autoimmune hypothesis, though, seems to me, at least, like just the thing the NIH RECOVER Initiative would be interested in. Let’s hope they give it some water and fertilizer and see if it can grow.