The PEA Proposition: Can PEA Help Long COVID and ME/CFS/FM? 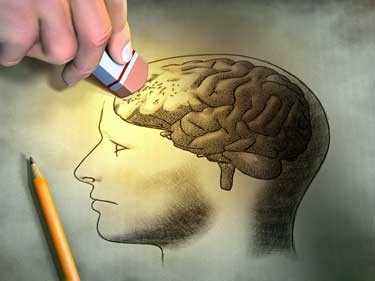 Brain-fog: no need to create another term – the original says it all.

The Mayo Clinic – which historically has been no friend at all to ME/CFS but is showing signs of changing – has adopted it (“Brain fog from long COVID-19 “). Ditto with Harvard Health – (“What is COVID-19 brain fog — and how can you clear it?“), Healthline  (“What to Know About COVID-19 and Brain Fog“), WebMD (“Fatigue, Brain Fog Most Common in ‘Long COVID“), and others.

A “thank you” is also in order to the massive long-COVID community; a big thank you for validating symptoms like post-exertional malaise and brain fog that languished in our corner of the medical field for decades but thanks to you, and your advocacy and your pain, have become commonplace and believed. Thank you for that!

Note what a nice, coherent package this is: not being able to process information quickly makes it difficult to sustain attention, which impacts memory and the ability to learn. The authors believed that a reduction in the capacity to maintain attention, and a lower processing speed, underlaid all other cognitive complaints in both diseases. (That said, the people with ME/CFS generally had worse cognitive scores than the long-COVID patients.)

But what to do about brain-fog – one of the most troubling symptoms in both diseases? The big clinics, of course, don’t have a clue. With the exception of some stimulants (Vyvanse, methylphenidate), no drugs to my knowledge have been found to help cognition. Methylphenidate plus mitochondrial enhancers did improve cognitive symptoms as well as fatigue, sleep, and pain in a small GWI study. Jon Kaiser, MD – the creator of the protocol – produced a caffeine-plus-mitochondrial supplement for those who don’t want to, or can’t, try the stimulant drug approach. (I don’t know if it’s still available).

Recently, a different approach to cognitive health popped up in a small long-COVID trial.

Co-ultramicronized palmitoylethanolamide/luteolin (say that three times quickly) is apparently a pretty big thing in Europe but has been dancing on the fringes of the alternative health movement in the U.S. for a decade or so. It showed up in fibromyalgia about 8 years ago (we reported on it) but not much has been heard since.

First isolated from soybean lecithin, egg yolk, and peanut meal back in 1954, palmitoylethanolamide, or PEA, is a naturally occurring endocannabinoid produced in our body, apparently in response to inflammation. PEA is not well known in the U.S., but it’s well-studied with over 350 references in PubMed dating back more than fifty years.

The authors reported that the “ultra-micronized” form used in this study maximizes PEA bioavailability and allows it to penetrate through the blood–brain barrier and into the brain.

PEA appears to be produced on demand in areas of local inflammation including, according to its proponents, inflammation in the brain. For instance, glutamate excitotoxicity in the central nervous system appears – in an attempt to calm the neurons down – to trigger the synthesis of PEA in the brain. One review even posits that a reduction in PEA and other endocannabinoids in the brain is what allows neuroinflammation to get out of control.

PEA’s proponents state it can affect two possibly large factors in ME/CFS, long COVID, and other diseases: microglial activation (neuroinflammation) and mast cell activation (via inhibition of histamine and TNF-a release and by blocking cyclooxygenase-2 (COX-2) and inducible nitric oxide synthase (iNOS) synthesis). In PEA-LUT, luteolin – another mast cell stabilizer –  is added to PEA as an antioxidant to further keep the mast cells in check and to provide antioxidant benefits.

Websites will sometimes state that PEA is effective in diseases like Parkinson’s and Alzheimer’s, but PEA has not undergone clinical trials in these diseases. It has, however, been found helpful in studies employing Parkinson’s animal models, as well as chronic pain, where its effectiveness appears to lie in its ability to temper mast cell activation and calm down the microglia.

Plus, a retrospective study found that PEA appeared to be helpful as an add-on treatment in FM. Given possibly low endocannabinoid levels in FM, that finding seemed to make some sense. Another long-COVID trial of uncertain rigor found that PEA, plus olfactory training, help improve the ability to smell in long COVID more than olfactory training alone – suggesting that PEA may have reduced neuroinflammation.

Are All the “Feel-Good” Pathways Blocked in Fibromyalgia and Chronic Fatigue Syndrome?

Still, the studies – most of which come out of Italy – are relatively crude. Placebo controls are often lacking, and study sizes tend to be small. Some seem a little strange, as well, with physiological assessments being done but no word on PEA-LUTS effects on symptoms.

While none of these studies were strong methodologically, given the low GABAb activity found in long COVID, and PEA’s ability to seemingly improve executive functioning and GABAb activity in dementia – the authors had to ask themselves – why not long COVID, as well?

This study focused on GABA – the “anti-anxiety neurotransmitter” or  “brain relaxant”. If you’ve ever had trouble coming down after a stressful event, it may be due to low GABA levels. Low GABA activity levels are associated with anxiety, depression, insomnia, and mood disorders.

GABA reductions appear to play a role in many central nervous system diseases. It’s even been proposed that an inhibition of the GABA circuit the authors were interested in may cause fatigue. The LICI circuit and the executive functioning associated with it has been found to be impaired in frontal temporal dementia (FTD). A 4-week treatment with PEA-LUT improved executive functioning and LICI activity in FTD.

The PEA “brain-fog” study used trans magnetic stimulation (TMS) to assess the functioning of the motor cortex in the brain and cognitive functioning. 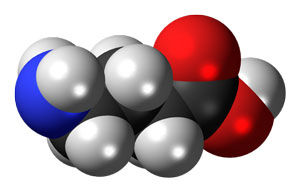 In the study PEA-LUT appeared to strengthen GABA pathways that can provide relief from pain, insomnia and depression.

The authors assessed GABA activity by measuring the activity of GABAB circuits (LICI) that studies have found to be depressed in COVID-19 and long-COVID studies. They also evaluated short-latency afferent inhibition (SAI) and long-term potentiation (LTP)-like cortical plasticity (memory). Low levels of both of these measures have been associated with cognitive issues.

Neurophysiological and neuropsychological assessments were given before and at the end of the trial.

PEA-LUT improved GABA activity (LICI) and LTP-like cortical plasticity – suggesting it might be helpful in improving those symptoms and memory.   It did not improve short-latency afferent inhibition.

The author suggested that PEA-LUT had reduced the activation of mast cells, astrocytes, and microglia – thus allowing GABA functioning to improve. They noted that PEA also appears to down-regulate the synthesis of an endocannabinoid, 2-AG, that acts to squelch GABA release.

Despite PEA-LUT’s potentially beneficial effects on the GABA circuits, it did not improve “global measures of cognition” and executive functioning. The author’s blamed themselves for this, suggesting that the data showed that a “ceiling effect” was present; i.e. the testing found that the patients demonstrated too much cognitive ability for any additional effect to be shown.

In fact, according to the tests used, the patients showed almost no cognitive decline at all – scoring 25 out of a possible 30 score on the global cognition test. That suggested that either they had the wrong patients or they used the wrong tests.

Since the patients did exhibit reduced GABA activity, my bet would be on the wrong test scenario. Specific tests are needed to pick up the cognitive issues in ME/CFS. Dr. Cheney, for instance, sent me to a neuropsychologist who knew which specific tests – which were not standard tests – to do.

The Montreal Cognitive Assessment the authors used does provide short assessments of attention and short-term memory but does not assess information processing speed – perhaps the key cognitive problem in ME/CFS. The Frontal Assessment Battery was designed to detect dementia. It’s used in other diseases but is probably not optimal for long COVID or ME/CFS. The authors noted that “more sensitive” cognitive tests might be helpful.

PEA is one of those “in betweeners”. It’s been around for a while and has garnered a good bit of interest in some circles, but it hasn’t been able to get over the hump. The results of laboratory, animal and some human study results have, in general, been encouraging, but the large, methodologically rigorous (and expensive) trials that you can take to the bank are lacking in these diseases. Some larger trials in osteoarthritis and depression, however, have had positive results.

PEA’s ability to possibly improve GABA functioning and reduce neuroinflammation in long-COVID studies plus animal studies showing it can reduce mast cell activation and neuroinflammation suggests it might be helpful. I haven’t tried PEA-LUT, but it is available on Amazon as Mirica in the U.S. for those who are interested.

Dr. Michael Murray reports that 300-600 mg a day are recommended with 600 mg being more effective in pain studies. When taking PEA for depression try 600 mg twice a day. No side-effects are reported. An old website (now off the web) advised trying it for 8 weeks. If you’ve tried it please let us know how you did.

Thanks to the over 250 people who have contributed over $21,000 to HR bringing us to over a third of the way to our goal.

The PEA story exemplifies one of our core goals – to seek out any possibility that might help, then dig into it, and assess its pros and cons. Our first blog on PEA showed up in 2014 – and now 8 years later, here we are again.

A lot of possible treatments don’t get the big studies but still deserve our time and attention…You never know what might work for somebody. With that in mind, we try to dig into everything that makes some sense.