In truth, though, the OMF never had to happen and when it did, it didn’t have to succeed the way it has. Remember the Open Medicine Institute? It had a similar vision but failed. No other ME/CFS research organization has succeeded like the OMF has in its short life.

It took vision, commitment and probably some luck (:)) for the OMF to succeed the way it has. It also took one person to get it started and that person was Linda Tannenbaum.  Spurred on by her daughter’s illness and shocked that so many sick people weren’t getting helped, she told me she took it on because someone had to. If no one else would, this former hospital administrator would, and so she did in 2012.

Two years later, the OMF got a big boost when Linda enrolled Ron Davis in her vision for the OMF. Davis, in turn, brought in connections galore and a cadre of experienced researchers – including two Nobel Prize winners – to join the effort. Still, the organization remained small, funding two research studies in 2015, adding 2 more in 2016, and 2 more in 2017. Things took off, though, after that. Five new studies in 2018 turned into 10 new ones in 2019, 2020, 2021, and 2022. The OMF currently has over 30 projects on its books.

This year it awarded over $5.5 million to 14 projects. With awards ranging for everything from muscle biopsies to neuroinflammation, to precision medicine, to metabolomics, it’s the most diverse ME/CFS research packet in existence.

The most exciting fact for me about the OMF, though, is not the fact that it’s done so well in a largely hostile medical environment, or the many interesting projects its funding, but in the ecosystem that it’s methodically built to support its work. That’s its secret sauce, and that’s what makes it unique amongst ME/CFS research efforts.

The roots of the whole enterprise came together in 2021 with the sixth research center – the Computational Collaborative Research Center – where data from all the other centers are stored and analyzed.

Ecosystems evolve over time to provide optimal energy, water, and nutrient flows which, in turn, build abundant, rich, and diverse systems.  A good research ecosystem should do the same: it should quickly feed data from one part of the system to the other – enriching the whole. Nothing is wasted. Some things are naturally pruned back while others get more resources and grow.

Most individual research efforts, on the other hand, are siloed. Except for publication – which usually provides only a small part of the data – the data – the energy that drives medical research – is kept behind walls that keep it from enriching the whole. Like hardpans in the desert that stop roots from penetrating to the groundwater, these artificial silos prevent the field from optimally enriching itself – and finding cures for diseases.

The Open Medicine Foundation’s ecosystem, on the other hand, is designed to facilitate the flow of data. Not only does everyone in its ecosystem – and some outside it – have access to the data, but the six teams in the OMF meet every two weeks to ensure that data produced by each researcher has the maximum opportunity to cross-fertilize with the others.

It’s this home-grown ecosystem that makes OMF’s projects – each quite enticing on its own – potentially so much more impactful. Inside the OMF ecosystem, for instance, the Harvard muscle biopsy study that’s assessing proteomics, metabolomics, phospho-proteomics, muscle structure, and “mito-biogenetics” has the opportunity to cross-fertilize with an invasive CPET study that’s assessing the inflammasome and proteomics studies done before, during, and after exercise.

Collecting data and finding connections to explain ME/CFS is what the OMF is all about.

The ecosystem approach is one reason we should celebrate the continuing growth of the Open Medicine Foundation ecosystem. Ecosystems tend to get stronger over time. The bigger they get – the more they reach their tendrils into the sky, into the soil, and into each other – the richer, more creative, and more diverse they get.

That’s why we should want the OMF ecosystem to continue to grow. The bigger it gets, the more potentially impactful it will be. Right now it features 31 remarkably creative studies. They are too numerous to cover but they range from an eye-tracking study that could provide a biomarker, to a rapid-fire day-long metabolomic and lipid sampling study, to one of my favorites – a spinal study that will assess craniocervical instability, cerebral spinal fluid pressure, and neuroinflammation.

Some of the studies on the OMF’s plate right now.

Linda Tannenbaum said she thought we’d have the answer by now. She’s not the first to underestimate the complexity and tenacity of ME/CFS. Ten years of work, though, has produced a rich ecosystem indeed – an ecosystem that will hopefully continue to grow and, as it does, become more productive. Who knows what wild and exotic flowers it might bloom?

The next branch to grow on the OMF’s tree – a search for repurposed drugs that can help now. More on that in 2023.

Thanks to the over 320 people who have supported HR with over about $27,000 in donations! 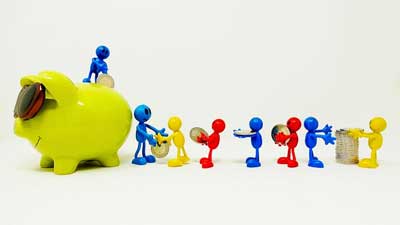 Health Rising isnt just about itself; it also supports the organizations that are making a difference for people with ME/CFS/FM and long COVID. If that resonates with you please support us.

Health Rising is about more than communicating about the latest research and treatment options. A core goal involves supporting the people and organizations in the trenches who are, every day, creating opportunities to further ME/CFS/FM research.

In this blog, the 10th anniversary of the Open Medicine Foundation provided an opportunity to dig deeper into what that organization has done, and honestly, I was surprised at what I found. If learning about that enriched you, please support us.