The Gut-Wrenching Effects of Exercise: Could Exercise Be Wiping Out the Gut in Chronic Fatigue Syndrome?

Tomorrow in a webinar the  CFIDS Association of America will provide the results of Shukla’s study looking at the effects of exercise on gut flora and gut permeability in chronic fatigue syndrome (ME/CFS). 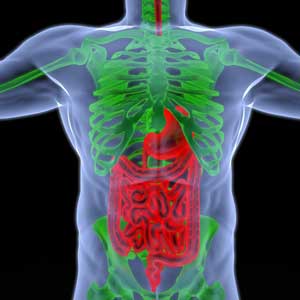 We know the gut is affected in ME/CFS; we just don’t know how much and what role it plays.  Low levels of good gut bacteria,  leaky gut,  high rates of enterovirus infection (stomach),  and  gastrointestinal complaints have all been found in ME/CFS. Now, not only is Shukla  going to give us a really comprehensive look at the gut flora in ME/CFS but we’re going to see how much  exercise, the big bug-a-boo in this disorder, affects it.

If it does then a new treatment avenue and a new understanding of this disorder opens up.  This is a small study – a pilot study – but the word thus far has been that  the findings are ‘significant’.

Exercise and the Gut

Exercise was a key part of the Shukla study so let’s take at look at what happens to the  gut when we exercise. Exercise, even in healthy people, puts a lot of  strain on the gut because of the need to direct blood to the muscles and away from the gut. In healthy people this isn’t a problem; in fact, the gut uses only about half of the oxygen available so it, so its easily able to shunt oxygen rich blood to the muscles when asked to. That doesn’t mean there are no effects, though;  blood flows to the gut drops dramatically during exercise and digestion and the passage of foods through the gut slows.

This is all made possible through our old friend, the always activated – at least in the case of chronic fatigue syndrome – sympathetic nervous system.  We might expect problems to occur in a system that’s already beat up in ME/CFS but gut problems can occur even in healthy people with fine autonomic nervous systems  during exercise.

Fifty percent reductions in gut blood flows during even moderate (submaximal)  exercise commonly occur and can  reach 80% during maximal exercise.  These drops in oxygen levels can damage the tips of the all important villi that  transport nutrients into the blood. If blood flows are reduced significantly enough an ‘ischemic state’ producing high levels of oxidative stress and inflammation could harm the lining of the gut. Bacterial toxins leaking into the bloodstream from the gut could produce fatigue, pain and other symptoms

Either way a messed up gut lining can allow bad actors such as endotoxins and inadequately digested proteins to  gain entry to the bloodstream where they’ll be met by a nice strong immune response; i.e. the  inflammation some researchers believe is so damaging in this disorder.   Some endotoxin leakage may be  common and is usually easily dealt  but prolonged, vigorous exercise can produce ‘endotoxemia’ even in healthy people.

Increased levels  of bacterial endotoxins called lipopolysaccharides (LPS)  can occur after even short bouts of ‘exhaustional exercise’ in healthy people.  Increased antibody levels to LPS that were associated with markers of immune activation (ie inflammation)  have been found in ME/CFS – during rest.  The  fatigue, autonomic nervous system symptoms, flu-like symptoms, sadness and irritability that Maes found were  associated with those  antibody levels  suggested the escaped gut bacteria might be  having a significant immune impact.

Given the low blood volume endemic in ME/CFS and several  studies suggesting low oxygen states may occur in  the muscles during exercise we can probably take for granted that gut oxygen levels are not optimum in ME/CFS even before exercise.  The big question – soon to be answered by the CAA’s webinar – is how much even small amounts of vigorous  exercise  can knock the gut around in people with ME/CFS.

Dr. Shukla  compared the entire gut microbiome after  exercise in people with ME/CFS compared to controls.  A few studies suggest the gut flora in ME/CFS may be dominated by unhealthy bacteria.

Eating directly after activity could help restore blood flows to the gut more quickly….but if, as has been proposed, an ischemic state is causing problems in the muscles after exercise, doing so may interfere with muscle repair. The best dietary advice might be to take blood volume enhancers (salt loading, NUUN, electrolyte drinks) before and after exercise.

Maes found that gut enhancing substances such as glutamine, N-acetyl cysteine and zinc in combination with a leaky gut diet were helpful in ME/CFS.   One review article suggested that glutamine, arginine and citrulline, nitrate and nitrite (green leafy vegetables) supplementation may help.  Since NSAIDS can decrease blood flows and cause bleeding in the upper gut  they should be avoided. Probiotics may play a key role in replenishing the gut flora in ME/CFS; figuring how the best way to do that will be important

If the Shukla study finds abnormal gut flora either before or after exercise probiotics and antibiotics are going to get a lot of interest.   Logan took some pains to point in his review article that a lot remains to be learned about probiotic supplementation and health. Studies examining probiotic  effects in athletes are becoming fairly common.

Giving trained athletes probiotics appeared to decrease intestinal permeability  and had some effect on oxidative stress and cytokine levels in one study.  Probiotics strongly reduced oxidative stress levels in another study. Daily administration of probiotics reduced the incidence of infection in one  study but not another.

The variable results may reflect the different strains of probiotics used. The field is still early in the game of determining which probiotics work best for different conditions.  The CAA’s study should give us a much finer-tuned idea of which bacteria to supplement/experiment but  the study was small and may not reflect what’s going on in the community at large.

Health Rising is on the Web Because of Your Support!