A Mexico City doctor and researcher, Dr. Manuel Martinez-Lavin, has been studying and treating people with Fibromyalgia for over thirty years. In a 2009 paper he proposed two pathways for Fibromyalgia. 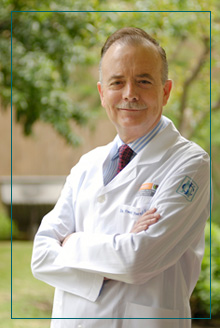 Dr. Martinez-Lavin has been treating people with Fibromyalgia for over thirty years

One suggested that over-activation of the sympathetic nervous system fibers (sprouting) left nerve cell bodies called the dorsal root ganglia (DRG) in a hyperexcitable state. The last way stations for sensory input from the body before it reaches the spinal cord, Martinez-Lavin believes these nerve bodies are overloading the spinal cord with pain signals. He also proposed that increased activity of the sodium channels that transmit pain signals in the DRG could be present.

His proposal that infections could be driving the hyperexcitability found in the dorsal root ganglia/sodium channels is reminiscent of Van Elzakker’s theory that a hidden infection may be doing the same in the vagus nerve.

Over the past ten years, Martinez-Lavin has been validating the role of the autonomic nervous system in Fibromyalgia in much the same way Dr. Newton has in ME/CFS. His research has revealed similar autonomic issues including a hyperactive or over-responsive stress response system that paradoxically ‘folds’ under stress. A 2014 meta-analysis of 196 papers concluded that sympathetic dominance is common in FM, ME/CFS, IBS, and interstitial cystitis.

Update – A 2021 German fibromyalgia study finds evidence that antibodies that are attacking the dorsal root ganglia may be at the heart of fibromyalgia.

Martinez-Lavin believes that ‘relentless’ sympathetic nervous system activity could explain many of the symptoms present in FM (and other disorders) including chronic pain, sleep problems, anxiety, dry mouth, gut issues, and problems standing.

We will get to more of Dr. Martinez-Lavin’s work later, but for now we turn to his book, “How Stress Becomes Real Pain”, which he wrote for patients and doctors explaining his view of FM and how he treats it. We’ll be highlighting sections of the book in a series of blogs. I will be adding my thoughts, as usual.

Chapter One – Why He Wrote the Book

“I had to live with the medical community’s ignorance and rejection of Fibromyalgia which unfortunately persists today.” 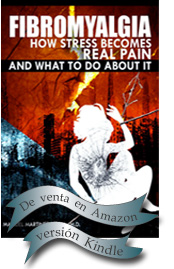 Thirty years ago Dr. Martinez-Lavin believed Fibromyalgia might be due to a “drastic breakdown” of that portion of the stress response system called the autonomic nervous system, but it was not until advanced computational algorithms were developed that were able to track heart rate variability that a window into the dysfunction was opened. In the meantime (and still today) Martinez-Lavin believes that a misunderstanding of Fibromyalgia has led to massive ill-treatment of the disorder.

FM may be misunderstood, but Martinez-Lavin notes that it’s very common (2-5% of the population) and 80% of the sufferers are women. For a disorder that, like Chronic Fatigue Syndrome (ME/CFS), gets pitiful funding from the National Institutes of Health, FM has been around for quite a while. A syndrome characterized by widespread muscular pain and hypersensitivity at certain points (“tender points”), FM was called “fibrositis” (swelling of the fibrous tissues) in the early 1900s. The inability to find evidence of inflammation in the affected muscles and points, however, left researchers floundering, and the term “psychogenic rheumatism” began to be employed by some.

By the 1970s the name “fibrositis” had been replaced by “fibromyalgia” – a term that simply evoked the presence of muscle pain. Research languished until a seminal paper in 1990 suggested a definition (widespread muscle pain, the presence of tender points) that brought coherence to the field.

That study made it clear that, just as fatigue hardly defines ME/CFS, pain does not in any way define FM. Other common symptoms include fatigue that does not improve with rest, disrupted sleeping, diffuse morning stiffness, tingling sensations, numbness and cramps in the arms and legs, headaches, IBS and anxiety or depression. All these symptoms are much more common in FM than in other rheumatological disorders (disorders of the muscles and joints).

“Fibromyalgia … may be defined as pain transformed into a disease.” Martinez-Lavin notes that an important amount of pain modulation also occurs inside the brain in the hypothalamus and thalamus. Both activate the autonomic nervous system (ANS) – a key player in Martinez-Lavin’s conception of chronic pain – when confronted with pain signals.

Ultimately the pain signals reach the cortex of the brain, which translates them into pain sensations and sends us into an immediate search for get rid of the pain. That quick prompt to get rid of the pain — to resolve whatever injury has occurred — means that acute pain is a very effective and useful tool for maintaining our health.

Chronic pain is different. It doesn’t lead us to resolution of illness, and the changes that occur and the stress it invokes cause it to become pathogenic. Instead of helping us to resolve a disease or problem, it causes disease. Fibromyalgia, to Dr. Martinez-Lavin, is nothing less than pain turned into disease.

Winding Up Your Pain Windup causes neurons in the spinal cord to transmit pain signals to the brain – in the absence of painful stimuli.

Inside the spinal cord another source of pain intensification called “wind-up” lurks. Once again irritable and hyperexcitable nerve fibers are featured, but because they’re actually in the spinal cord the increased pain sensitization is referred to differently: it’s called ‘central sensitization’.

If you were to apply heat to your hand every couple of minutes you should experience heat in your hand — every couple of minutes. Wind-up, which usually occurs in response to neuropathic ( but not nociceptive) pain, causes the pain to linger for longer periods of time. As wind-up progresses the pain will remain even when the heat is not present. The nerves in the spinal cord can become so ‘wound-up’ or excitable they can begin to react to any stimulation — such as clothes touching the skin — as painful.

Martinez-Lavin believes the SNS is behind all of this. During times of acute stress the SNS secretes substances such as epinephrine that turn off the nerves that relay pain. Pain sensations are diminished during times of danger to allow you to focus on the danger, not on your body .

When stress becomes chronic (as occurs during chronic pain) Martinez-Lavin reports that instead of turning off the nerves that relay pain, epinephrine actually turns them on. It also causes the sympathetic nerve fibers in the dorsal ganglia to sprout or grow. That sets up a positive feedback loop, with the SNS becoming more active thus causing more pain and thus more stress which causes more nerve sprouting, and so on ad infinitum. The stage has been set for an unrelenting state of pain.

The stage has also been set for stress to cause not just emotional upset but real physical pain. In Martinez-Lavin’s model, chronic stress turns on pain-producing nerves in the dorsal ganglia. Then it hypersensitizes them by sprouting or growing, thereby sending them a steady dose of epinephrine.

Why the dorsal root ganglia end up botching their pain modulation job up so thoroughly in some people is not clear, but Martinez-Lavin ends the chapter noting that infectious agents – which are able to find shelter from the immune system in them – are a prime suspect.

Dr. Martinez-Lavin proposes that 'stress' or sympathetic nervous system (fight or flight) activation results in more pain in people with Fibromyalgia. What does your experience tell you? (Please answer if you have ME/CFS as well)

Your Donation Allow Us to Bring You the News